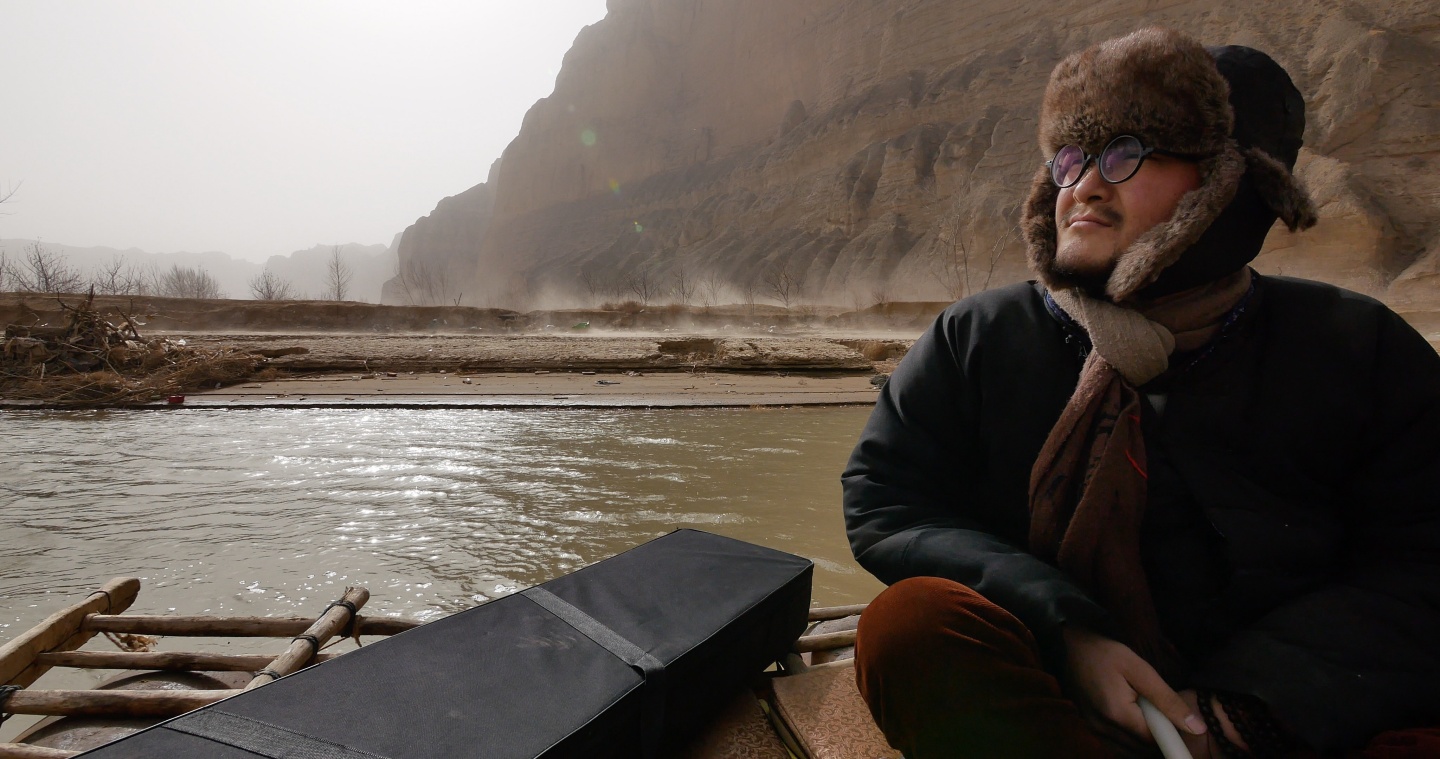 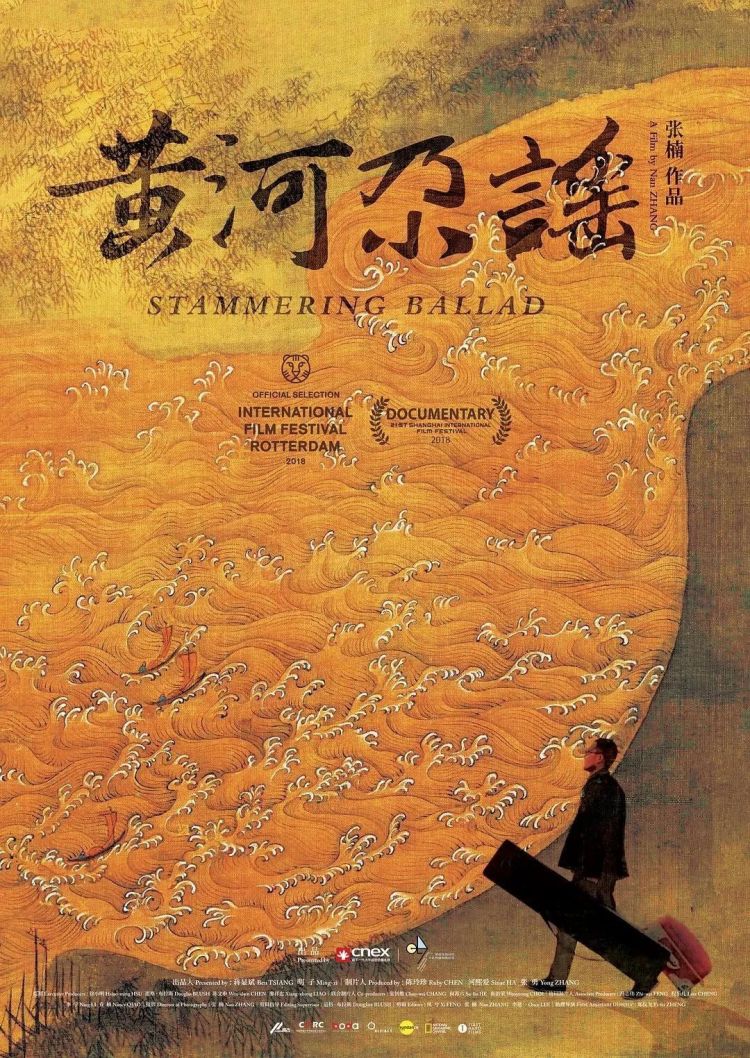 “We all live our lives in silence” according to the subject of Zhang Nan’s Stammering Ballad (黃河尕謠, Huáng Hé Gǎ Yáo). A love song to a disappearing rural landscape, Zhang’s beautifully composed documentary follows an aspiring folksinger whose dreams of fame have taken him away from the land he loves so much as he tries to ensure the survival of traditional village culture by singing in the cities.

A college dropout, Zhang Gasong embraced his love of folk music while too embarrassed to return home. Honing his craft as he goes, he’s been travelling around the country for the last seven years going wherever someone wants to hear him play – though occasionally they might have to front him the train money to help him get there. Gasong is, it has to be said, an eccentric young man. A former bandmate laments Gasong’s “poor social skills” which led to the band’s breakup, while also remaining exasperated that Gasong just up and left, disappearing for years on end without a word, with little regard for their friendship. Still, he seems to have forgiven him enough to agree to play for Gasong’s big shot on China’s Got Talent.

China’s Got Talent might seem like a left field move for a traditional folk musician, but Gasong has his eyes on the prize. He wants to be the kind of star where everything gets done for him and all he has to do is play, but for the moment he’s busy touring small music venues and festivals singing for his supper and hoping the youth of China who have, like himself, abandoned their village homes for the convenience of city life, will eventually re-embrace the song of the earth.

That aside, Gasong has a conflicted attachment to the pastoral past. He always hated farming and ironically claims to loathe the familiar smell of wheat germ and freshly tilled soil, not to mention the physical toll of of the work. Nevertheless he maintains an attachment to the landscape and views it almost as an inheritance of which he has been robbed by the modern China. The place where he grew up is now largely in ruins after having been relocated to avoid a drought, and though he bitterly misses the familiar black donkey that once lived in the village he has to remember that it’s long been sold. A traveller now himself, Gasong is losing connection with his land and with his family, but desperately clinging to his ancestral legacy through the medium of song.

In the end, China’s Got Talent didn’t really get Gasong, but perhaps that’s for the best. Cameramen expecting disappointment found only relief when they came to interview the band afterwards. Though it’s a shame that the performance will never be aired, and the beautiful rural folksong will not be heard by the millions of Chinese viewers almost certainly tuning in for more energetic fare, Gasong remains undaunted. Wandering off once again he loses touch with his band members and resumes his nomadic travels as an itinerant musician. The grand irony is that these songs, so intrinsically linked with place, are themselves travelling and echoing in new locations looking for new pastures in which to take root as the modern China flattens mountains to build factories and moves families on from their lands while sending its young into the cities all alone.

Gasong, who has stammered since childhood, has found his voice through music though often struggles to make that voice heard in boisterous modern society. Like many of his generation he too has realised he cannot stay in his pastoral paradise, but has also discovered that the city doesn’t suit him. Most at home in the wide open spaces of his native Gansu, Gasong roams the land singing the song of the soil as he goes in the hope that it will one day echo and send the sound of home all around the world.

Stammering Ballad screens as part of the 2019 Chinese Visual Festival at King’s College London on 5th May, 1pm.