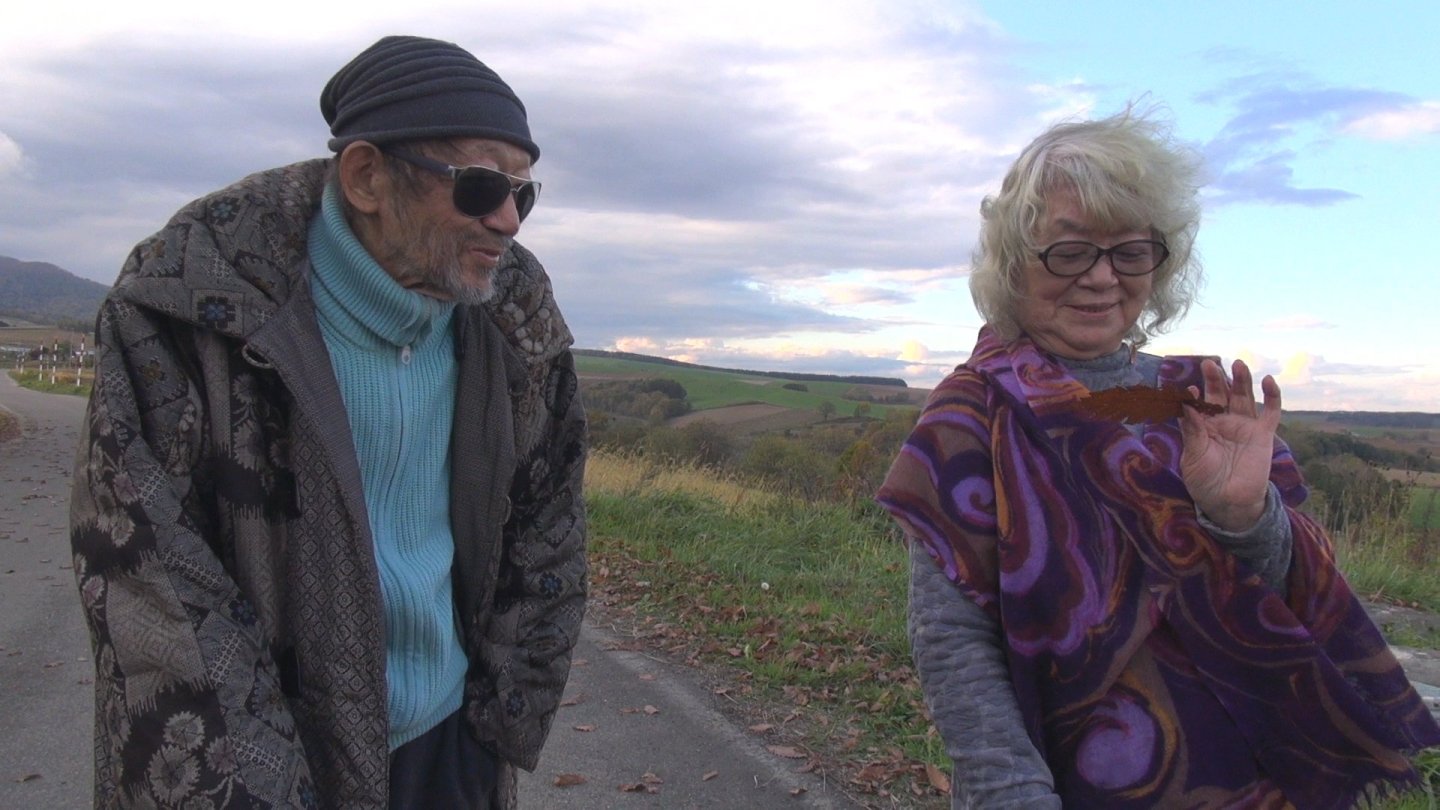 Director Nobuhiko Obayashi sadly passed away earlier this year the day his final film, Labyrinth of Cinema, would have opened in Japanese cinemas had it not been unfortunately delayed due to the coronavirus pandemic. Produced for premium TV network Wowow and directed by Isshin Inudo and Eiki Takahashi, Seijo Story – 60 Years of Making Films (ノンフィクションＷ 大林宣彦＆恭子の成城物語 [完全版] ～夫婦で歩んだ60年の映画作り～, Non-Fiction W: Obayashi Nobuhiko & Kyoko no Seijo Monogatari (Kanzenhan) -Fufu de Arunda 60 Nen no Eigazukuri-) is part “making of” documentary following Obayashi through the postproduction process on Labyrinth of Cinema, and part career retrospective, but most of all a loving tribute to an enduring creative partnership not to mention lifelong romance between Obayashi and his infinitively supportive wife Kyoko.

The film takes its name from an area of Tokyo designated as a specialised school district during the Taisho era but also from the 1930s the location of Toho Studios, later home to such directors as Akira Kurosawa and Mikio Naruse, becoming a film industry hub. It was at Seijo University that Obayashi met Kyoko Hanyu who subsequently became his wife. Together they began making 8mm films, the first of which, The Girl in the Photograph, starred Kyoko and was shot in 1960, and have been making movies together ever since.

Following the path of Obayashi’s career, Inudo and Takahashi nevertheless centre that of Kyoko, making plain that without Kyoko much of Obayashi’s work would not have been possible. Acting as a producer, Kyoko performed many other roles from stylist to caterer, bringing the money together and making the most of it to allow Obayashi to complete his artistic vision while also being a warm and comforting presence on set engendering loyalties in much of the director’s regular team that they confess might not have been present if he had simply been working with an external production company. It is, in many ways, a family business and by all accounts a very happy, very loving, professional as well as personal relationship.

Indeed, one collaborator remarks that Obayashi was certainly very lucky to have a producer prepared to let him do more or less as he pleased though he recalls somewhat humorously that her first use of her “power” after being credited as “producer” on his sixth feature I Are You, You Am Me was to put her foot down in instructing him to stop making ironic appearances in his own films. Obayashi also recalls that she said she’d leave him if he disappointed her and the fact she’s still here supporting his work is precisely because it continued to evolve and still manages to surprise her after 60 years of careful collaboration. Diagnosed with terminal cancer and given at most a year to live prior to the completion of Hanagatami, Obayashi launched straight into production of Labyrinth of Cinema, lamenting only that he feels he had so much more still to do having explored only a fraction of the art to which he’d dedicated his life.

He explains that he was given a kind of freedom that others did have and felt a responsibility to embrace it. From a family of doctors, it was assumed he too would enter the profession but his father told him to follow his dreams instead, “being able to do what you want is what it means to live in peace”. But he still feels a sense of distance from the mainstream film industry, describing himself as a non-professional film director regarded as an “amateur” in remaining outside the studio system even if he did nevertheless make a series of “commercial” films though very much on his own terms. Fellow film director Yoji Yamada, on friendly terms with Obayashi more as a result of living in the same area than professional connection, reveals that he was not originally very interested in his work. Yamada is certainly a very different director, a veteran of Shochiku now also in his 80s and sometimes (unfairly) dismissed by international critics for making films which are seen as essentially mainstream, the very epitome of Shochiku’s inoffensive middle-of-the-road studio brand. Yet he also praises this sense of freedom that Obayashi was able to embrace in contrast to studio directors like himself who trained on the job learning conventional film grammar that those of his generation were always trying to escape. Obayashi views himself as a “film artist” who found greater acceptance with the art and experimental scene than mainstream cinema, getting his on-set education as a director of TV commercials which were then, perhaps ironically, the most lucrative area of the industry which had begun to decline towards the end of the 1960s.

Yet Yamada later came to admire Obayashi, his words of endorsement can even be seen at the end of the trailer for Labyrinth of Cinema, finding in them an expression of a personal philosophy that he sees as less to do with the war itself than Obayashi’s own internalised feelings towards it. Describing himself as a militarist boy, Obayashi felt betrayed by the hypocrisy of the wartime adults, fully believing he would die with the loss of the war but seeing soldiers celebrate its end with black market rice. “I love you surpasses social status, wealth, or differences in religion, ideology, and beliefs. The feeling of love is universal. I love you is the only universal language. A sign of peace” he explains to a group of children. “Young people shouldn’t fight battles but work together for peace. I love you.”. A fitting tribute to a life in cinema, Seijo Story is also a love story in more ways than one, the story of a marriage and of a love for all mankind as expressed as a desire for the kind of peace where everyone is free to follow their dreams.

Seijo Story – 60 Years of Making Films is available to stream in the US until July 30 as part of this year’s Japan Cuts.