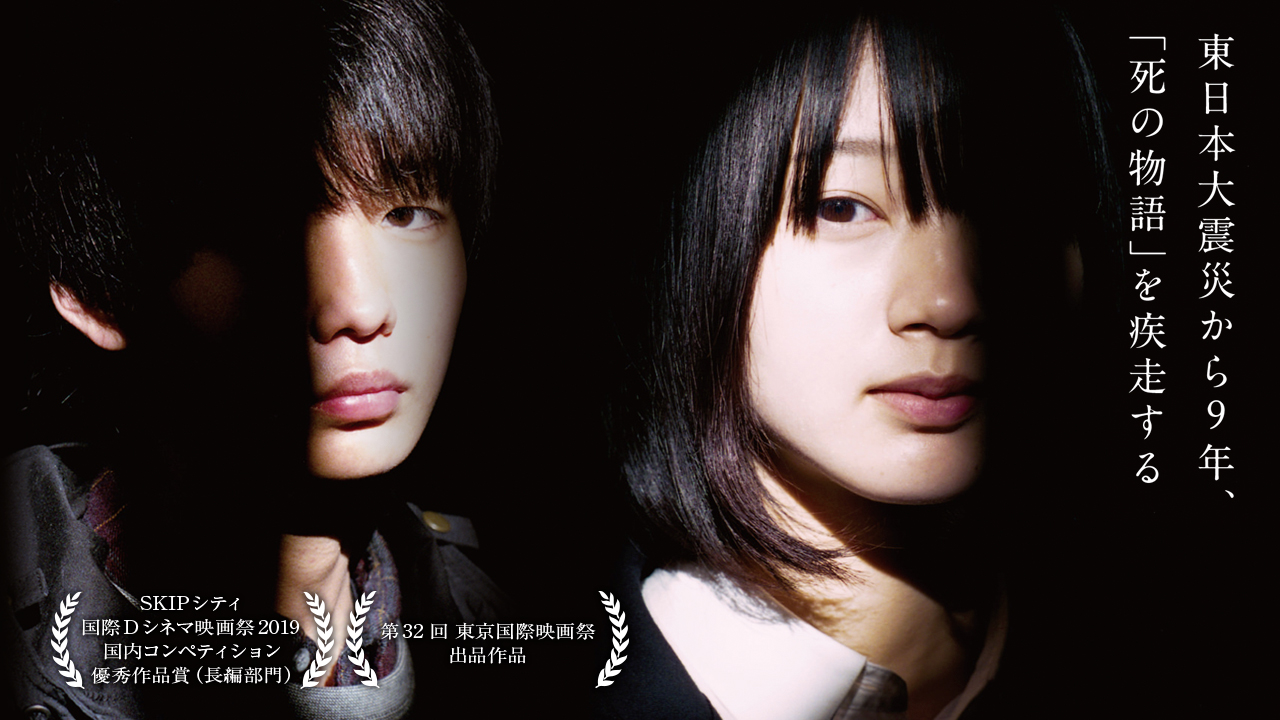 Written by Hayley ScanlonPosted on August 1, 2020

Taku Tsuboi meditates on coming disaster in his evocative debut feature, Sacrifice (サクリファイス). Post-earthquake anxiety meets its opposite number in doomsday cult as an Aum-esque sect rejects and then embraces a contrary prophecy of the end of the world ushered in by a giant worm already burrowing menacingly under our feet. Putative apocalypses however pale in comparison to the incurable threat of other people and it may not be an earthquake or a war or a terrorist attack that puts an end to us so much as our inability or perhaps refusal to overcome our fear.

“Forgiveness transcends revenge” a young man claims during a debate about the death penalty, “the cycle of hate must be broken”, only he later confesses that he didn’t quite mean what he was saying. He opposed the death penalty but less for humanitarian reasons than curiosity. Okita (Yuzu Aoki) wants to know the why, what the killer was feeling when they did what they did. Fellow student Toko (Miki Handa) has been patiently watching Okita, suspicious of him because when he thinks no-one’s watching, he drops his mask. She’s convinced that he is responsible for a notorious series of ritualised cat killings, as well as the death of fellow student Sora (Hana Shimomura) who was apparently investigating them and had presumably gotten too close to the truth. Toko’s suspicions are confirmed when she raids Okita’s backpack and discovers an incriminating file, essentially blackmailing him to become her friend in the hope that, unlike her boyfriend the straight-laced job hunter Masaya (Kosuke Fujita), he can buy her a ticket out of her maddeningly “normal” life. Meanwhile, Okita also becomes an unexpected protector for another student, Midori (Michiko Gomi), who finds herself targeted by a young man in camouflage (Yasuyuki Sakurai), apparently a member of a cult, Shinwa, successor to the defunct Sacred Tide and the first private army in Japan.

Midori was once a cult member herself, unwillingly inducted by her mother, and is plagued by strange visions after having foreseen the devastating March 2011 earthquake in a dream and subsequently targeted for elimination by those who feared her power. The cat murders are numbered and apparently counting down from 311 leading some to conclude they have something to do with the earthquake, some kind of “sacrifice” in the face of coming disaster. “The world needs sacrifices” a true believer later affirms, but has no reason why it should, only insisting that they are following the teachings of Mr. Sazanami, the mercenary turned cult leader. Some become soldiers, others kill cats in Japan without knowing why.

“Seeking reason makes you weak” Sazanami conveniently claims, “view the world without the blindfold of humanity, then you can understand my vision”. Toko is drawn to Okita precisely because of his lack of human feeling, “You see people only as objects”, she tells him with admiration not caring if he killed or not only hoping that his difference will help her escape a life of crushing mundanity. She thought the earthquake would change something. Everyone was talking of new beginnings and great renewals but in the end nothing really happened and her adolescence has been one of disappointment coloured with anxiety. She resents being “the only normal one” trapped in “a world of normality” and longs to throw herself into this strange world of conspiracy and ritual in order to give her life the greater meaning she craves.

Midori, however, craves that kind of normality. Her mother ironically lost faith in the idea of salvation after facing death in the wake of disaster, while she struggles to escape from an unfair sense of responsibility for the fate of the world seeing too much and not enough at the same time. Yet in a strange way it is faith that sustains her. “All I can do is run” she affirms, hoping that she will one day re-encounter the person who claims his life found meaning only when he found her. She refuses to discard her “blindfold of humanity”, living in the shadow of future catastrophe but living all the same. An accomplished feature debut, Tsuboi’s broody drama wrings all the dread out of its eerie settings from churches disused and not to abandoned buildings and the bleakness of a somehow comforting dreamscape while offering his beleaguered youngsters a tentative sense of hope if only in the ability to normalise a sense of existential anxiety.

Sacrifice streamed as part of this year’s Japan Cuts.