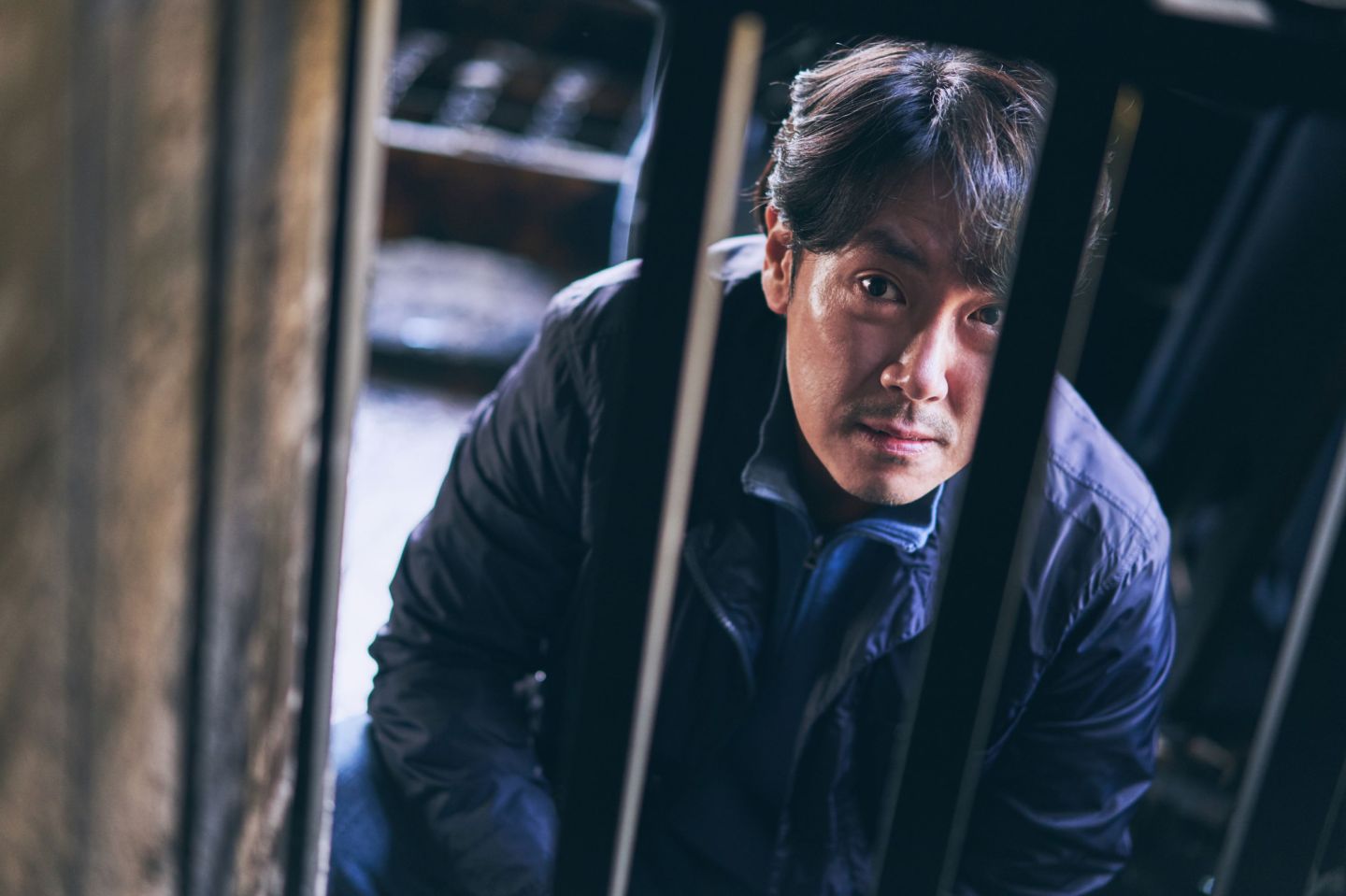 “Don’t invent stories, just go with what you see” the hero of Jung Jin-young’s Me and Me (사라진 시간, Salajin Shigan) is advised, only to find himself investigating his own disappearance. The first directorial feature from the veteran actor, Me and Me throws its existentially displaced hero into another world but then asks him who it is he thinks he is if everyone is telling him he’s someone else. “It’s painful” he finally commiserates unexpectedly encountering a similarly troubled soul, living with another self inside him and consumed by a sense of loss for another life that perhaps never was or will be.

After a brief black and white title sequence featuring policeman Hyung-gu (Cho Jin-woong), Jung opens with a lengthy prologue following primary school teacher Soo-hyuk (Bae Soo-bin) who has just moved to a small, rural town along with his wife Yi-young (Cha Soo-yeon) who has, we discover, a secret. When the locals find out that at night she’s quite literally someone else, repeatedly possessed by departed spirits, they decide that she must be dangerous and install bars and a gate inside her home to cage her inside. Soo-hyuk refuses to leave her, asking to be locked inside too, and the sense of partial acceptance, that the townspeople know of her condition and have decided to meet her halfway, seems to free his wife. Having long been resistant, Yi-young warms to the idea of having a child, that perhaps they could have a happy family life despite her unusual affliction.

Unfortunately, however, the house is consumed by fire and as they were locked inside, village foreman Hae-gyun (Jung Hae-Kyun) who has the key apparently out of town in a love hotel with the wife of the local police chief, Soo-hyuk and his wife are unable to escape. Hyung-gu finally arrives to investigate the crime, only to be bamboozled by the anxious locals who trick him into drinking some of their homemade pine needle liquor after which he wakes up to discover that he’s not a policeman after all, but the local schoolteacher and he’s very late for work.

Obviously confused, Hyung-gu tries to figure out what’s going on. He misses his wife and his sons, but is distressed to discover that none of his neighbours recognise him, someone else lives in “his” apartment, and according to the school his kids don’t exist. Half-wondering if the pine needle liquor did something funny to his brain or even perhaps catapulted him into an alternate reality, Hyung-gu is forced to wonder if his previous life was a dream he’s now physically but not mentally woken up from, which means his wife, children, colleagues, and position in society as a policeman were not “real” no matter how real they might seem to him. The dilemma he now faces is in whether he should carry on trying to “wake up” from his new life to return to his “true” reality, or accept his new identity in the knowledge that this too could also be a “dream” from which he may someday wake and will eventually grieve.

“When it’s time a new season comes” Hae-gyun reminds him, “and when it’s time it goes away”. Freeing himself, having the bars removed from his new home, Hyung-gu begins to accept his new reality, after all what choice does he have? But still he reflects on his own interior life, necessarily a secret from those around him and filled with private sorrow. Even little Jin-kyu, Hae-gyun’s dreamy son, had insisted on his right to privacy over his messy school locker which itself contains a secret pain for another life that he perhaps cannot share with those closest to him. “Everyone’s got a sickness” Hyung-gu sympathises with his new friend as she begins to tell him hers which is, ironically, another echo of his “dream” but also points towards the secret lives that most people have or more to the point never have, carrying something inside them never to be shared. “Don’t worry,” he reassures her, “you’re not the only one”. Each person is a hundred different people, or maybe just one in a hundred different parts. Perhaps in the end it is other people who will tell you who you are and you’ll eventually agree with them because it’s less painful than resisting, leaving that other life as a half-remembered dream. Elliptical and contemplative, Jung’s existential detective story refuses clear interpretation but is in its own way filled with a gentle humanity and a sense of acceptance for all of life’s transitory sorrows as well as its comfort and joy.

Me and Me streamed as part of this year’s online edition of Fantasia International Film Festival.