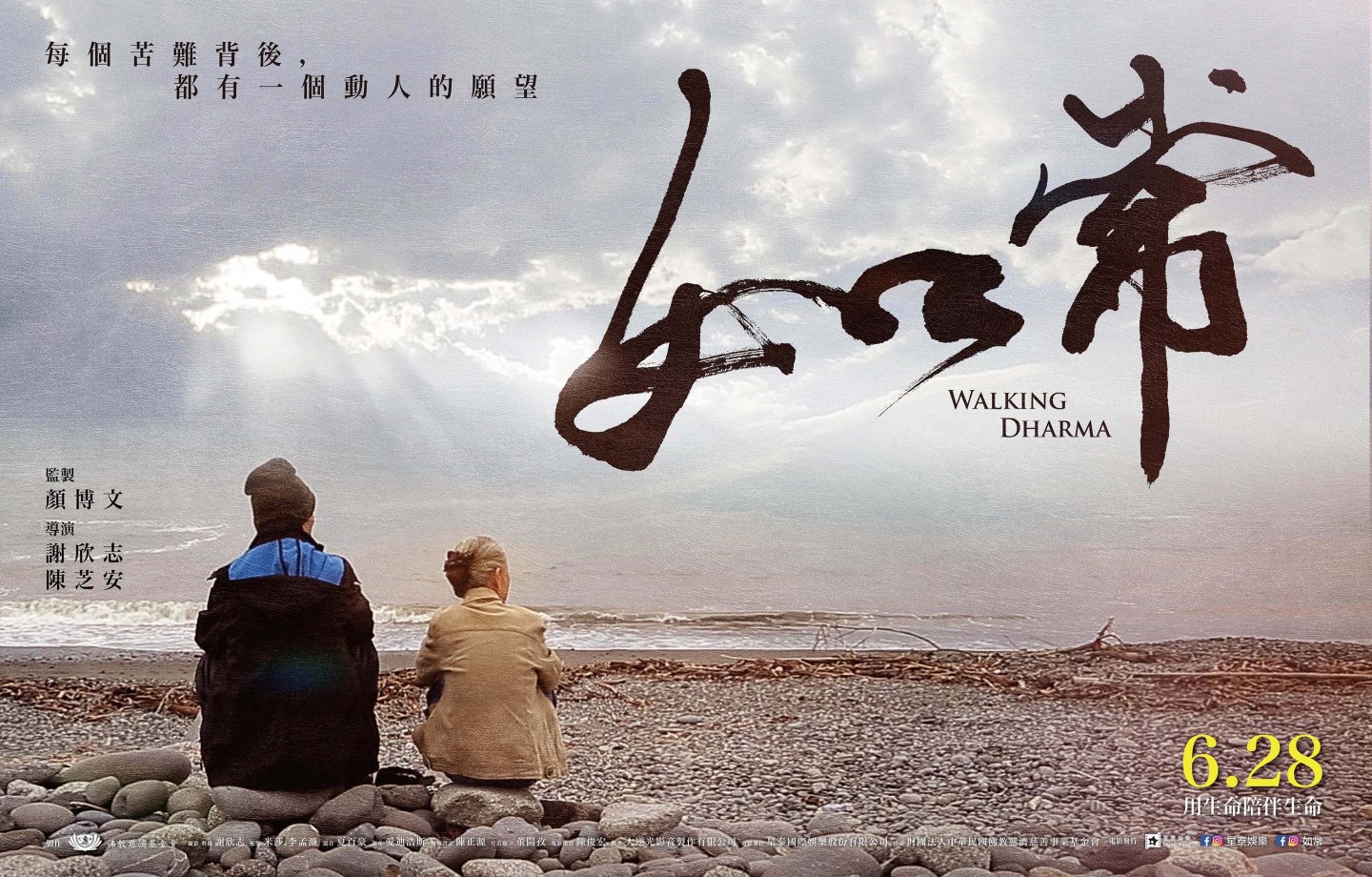 The image we hold of Taiwan is of a prosperous nation among the most liberal in Asia, yet behind the shining cities there are still those experiencing hardship who might perhaps have fallen through the cracks if it were not for the efforts of the volunteers from the Tzu Chi Foundation. In Walking Dharma (如常, Rú Cháng) documentarians Chen Chih-An and Hsieh Hsin-Chih spent 18 months shadowing some of the organisation’s members many of whom are themselves elderly and have experienced their own share of suffering but equally of mutual support which they have committed to passing on through helping others.

Testament to changing times, the first recipient of the volunteers’ care is an elderly woman who has had a nasty fall. She later thanks them for all their help in Japanese, a reminder that she was born in another world, raised in the colonial era. She is also one of many isolated older people in the nation’s ageing population, living all alone either with no surviving family around to care for them or perhaps with children who for whatever reason are not able to leaving them entirely dependent on the kindness of the volunteers. The foundation organises a crew to come round and clear the large amount of debris in front of the woman’s home to make it safer for her so she won’t fall again while trying to sort out her medication and make sure she’s safe during an upcoming typhoon.

Meanwhile, they are also there for children and families who find themselves in difficult circumstances particularly those in which a parent has passed away unexpectedly or is suffering with a chronic illness which both renders them economically vulnerable and places an undue burden on the children whose academic prospects are then reduced while they are needed to care for their parent and siblings. The organisation provides educational assistance to cover school fees for children who find themselves in difficulty, emphasising that education is their best path out of poverty. One young woman later makes a heartfelt visit to one of the elderly volunteers to thank him for all his support over the years which has helped her to gain a place at a prestigious university. Not everyone is convinced, however, including one elderly grandmother who is reluctant to allow her granddaughters to pursue education at high school and beyond, partly because she fears they will go off the rails like the mother who abandoned them to her, and partly for more selfish reasons in that she too will be left alone with no one to look after her in her old age. Thanks to the gentle advice of the volunteers, the grandmother eventually relents and allows the young women the freedom to pursue their dreams.

Though the members are all obviously adherents of Buddhism and committed to the teachings of the Tzu Chi Foundation which is admittedly cast in an extremely uncritical light, they are prohibited from preaching while offering help as the organisation has a strict policy in place to pursue a secular outlook. The assistance they provide is offered without seeking anything in return save the greater happiness of those they help, gaining a sense of joy in human solidarity as they witness the difference their intervention can make in the lives of others. There are some who might not want what they’re offering, or at least all of it, including one young man and his hearing impaired father who insist that they’re fine with heating up water the old fashioned way and don’t see the point in getting it piped in with a modern heating system, but the volunteers take it all in their stride always respecting the wishes of those they’ve come to help while continuing to offer advice and companionship.

Yet it takes its toll on them too, a doctor confessing that they often see members of the Tzu Chi Foundation coming in after pushing themselves too hard, failing to look after themselves in their commitment to helping others. All of the volunteers we meet are retirees, one elderly gentlemen later heartbroken when the decline of his own health prevents him from continuing to volunteer. Nevertheless, they all emphasise that helping others is what gives their life meaning, enriching their experience as they find joy in alleviating suffering. A gentle and heartwarming reminder that we’re all in this together, Walking Dharma is testament to the existence of goodness in an all too often indifferent world.

Walking Dharma streams in the US until Sept. 26 as part of the 11th Season of Asian Pop-Up Cinema.