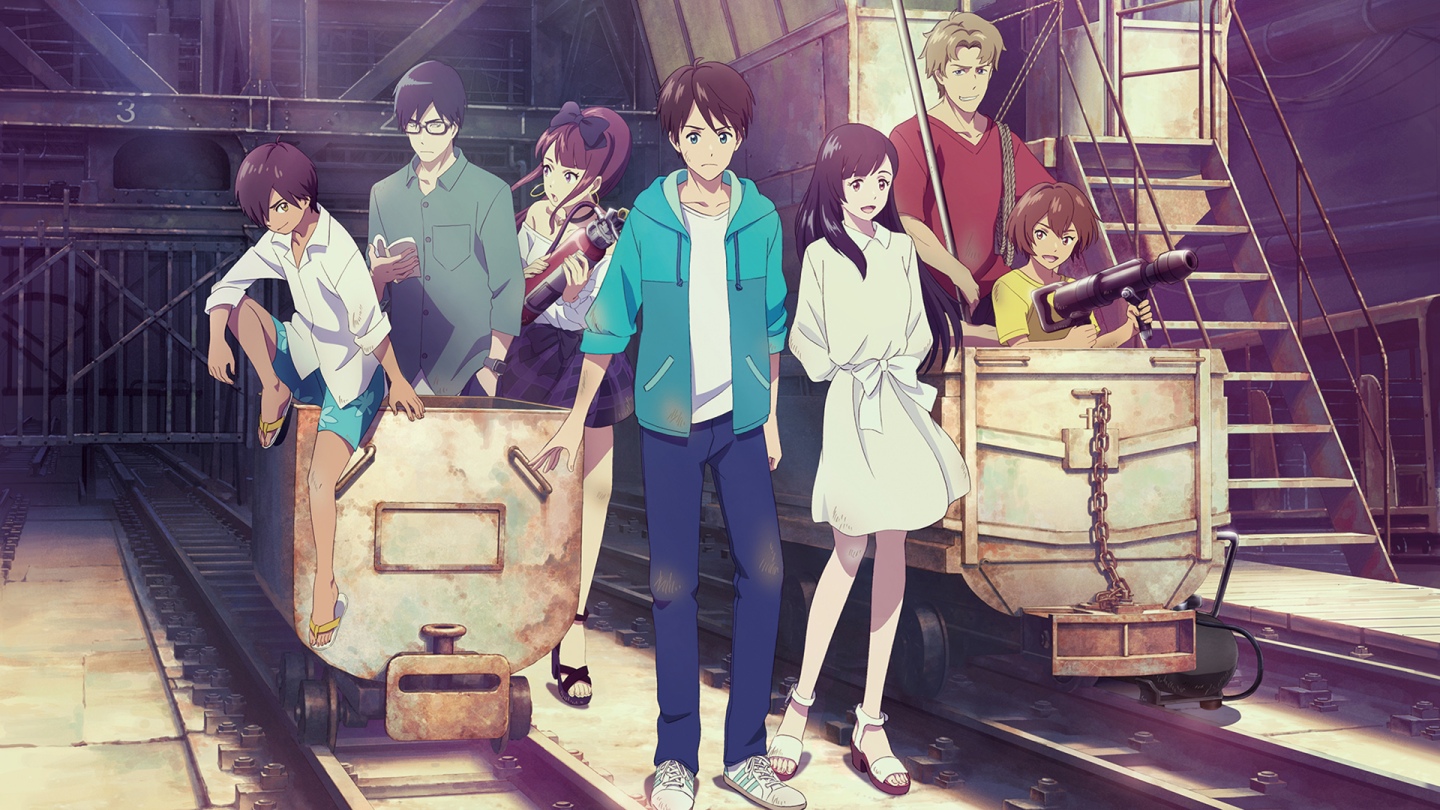 Written by Hayley ScanlonPosted on September 28, 2020

“Youth is the liberated zone of life” according to the voice of experience in Yuta Murano’s impassioned anime adaptation of the cult novel by Osamu Soda, Seven Days War (ぼくらの七日間戦争, Bokura no Nanoka-kan Senso). Featuring a number of meta references to the ‘80s original and live action movie, Murano’s stylistically conventional adaptation shifts the action to Hokkaido and the present day encompassing such themes as economic strife, systemic political corruption and small town nepotism, migration and exploitation, but is most of all a coming-of-age story as the rebellious teens meditate on the costs of adulthood, resolving not to become the vacuous and resentful adults they see all around them who have traded emotional authenticity for a mistaken ideal of civility.

Obsessed with 19th century European military history, high schooler Mamoru (Takumi Kitamura) complains that no one takes any interest in him and remains too diffident to confess his feelings to the girl next door, Aya (Kyoko Yoshine), with whom he has been in love for the past six years. Hearing that Aya and her family will soon be moving away because her authoritarian politician father has been offered the opportunity to take over a relative’s seat in Tokyo gives him the boost he needs, nervously suggesting that he and Aya run away together so they can at least celebrate her upcoming birthday the following week. Aya surprises him by agreeing, but rather than a romantic getaway for two she decides to invite several not particularly close friends from school, holing up in a disused coal refinery on the edge of town. Once there, however, they realise someone has beaten them to it. Marret (Makoto Koichi), the child of undocumented migrant workers from Thailand, has been hiding in the building after being separated from their parents when the building they were living in was raided by immigration authorities.

Though the group is not universally in favour, they quickly find themselves deciding to protect Marret while trying to help find the kid’s family using both their ingenuity in fortifying the coal refinery and their youthful know how in weaponising the internet and social media to win sympathy and fight back against the oppressive ideology of the authorities. Yet Marret finds it difficult to trust them because they occupy a liminal space between the idealism of childhood and the cynicism of maturity. Marret’s family came to Japan on the false promise of finding good employment only to be ruthlessly exploited, convincing the idealistic youngster that all adults lie and can never be trusted. Mamoru, whose name literally means “protect”, does his best to save everyone but temporarily gives in to despair, confessing that he is just an “optimistic child” lacking the power to do any real good, only later coming to a revelation that the problem with the duplicitous adults they’re rebelling against is that they continue to run from their emotions and the pain of not being able to be fully themselves for fear of not fitting in has made them cruel and cynical.

Honda (Takahiro Sakurai), the conflicted assistant to Aya’s authoritarian father, tacitly approves of the teens, affirming that the young always fight for the things they believe in but then rebels against himself in doxxing them, exposing both their identities (sans Aya’s) and dark secrets online in an attempt both to intimidate and to drive them apart. But the kids run in another direction. They elect to share their truths and in the sharing neutralise the threat while gaining the confidence that comes with deciding not hide anything anymore. The sharing is it seems what matters, a collective unburdening which paves the way for emotional authenticity but sidesteps the need to consider the fallout from the concurrent revelations. A heavily telegraphed confession of same sex love, for example, is accepted by all though there is no explicit indication as to whether or not is reciprocated save that is in no way rejected.

In any case, the kids decide that being their authentic selves is more important than conformity and make a mutual decision to respect the same in others, something which is eventually mirrored in those like Honda among the duplicitous adults touched by the kids’ pure hearted rebellion. Necessarily, that leaves the weightier themes such as the plight of undocumented migrants, the casual cruelty of the authorities, small-town corruption and persistent nepotism relegated to the background, perhaps superficially considered seen trough an adolescent lens, but nevertheless products of the inauthenticity of the cynical adult world the kids are rebelling against. A heartfelt advocation for the idealism and universal compassion of youth carried into a more open adulthood that comes with emotional authenticity, Seven Days War leaves its heroes with the spirit of resistance, defiantly themselves as they step into an adult world uncorrupted by cynicism or prejudice.