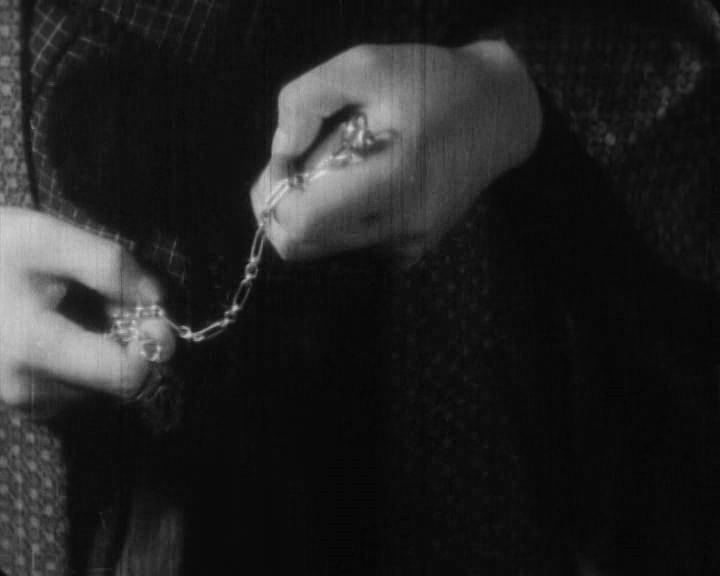 Most closely associated with tales of female suffering in a patriarchal society, Kenji Mizoguchi’s signature themes are already apparent in the films which survive from the pre-war era. Even so, 1935’s Poppy (虞美人草, Gubijinso), adapted from a novel by Natsume Soseki, largely sidesteps the parallel powerlessness of its twin heroines in placing the central dilemma firmly on the shoulders of its conflicted hero, a young man who owes everything to a benevolent patron whose daughter he is expected to marry but is captivated by a young and capricious heiress and consequently torn between duty and passion.

In late Meiji, an old man, Inoue (Yukichi Iwata), washes graffiti off his front wall apparently scrawled by a man desperate to marry his daughter Sayoko (Chiyoko Okura) whose beauty he claims puts other to shame (Inoue looks on approvingly at the last part, and decides to leave it). Inoue intends his daughter to marry Ono (Ichiro Tsukida), a young man he took in as a starving orphan and raised to adulthood. Ono is currently in Tokyo preparing to complete his doctoral thesis and the pair are very much looking forward to moving there to live with him. While Ono has not forgotten them, he has embarked on a life of his own as a Tokyo student, falling in love with the flighty Fujio (Kuniko Miyake) while working as a part-time English tutor. She too is keen to marry him, despite the fact she is technically still engaged to someone else, Hajime (Daijiro Natsukawa), in a match which was orchestrated by her father many years ago. Fujio’s mother is acutely concerned with her marriage for a number of reasons, the first being that Kingo (Kazuyoshi Takeda), her step-son and the family’s heir, refuses to marry and rejects his inheritance but if Fujio remains single then the fortune reverts to him. Secondly, she dislikes the idea of Hajime as a son-in-law because he has repeatedly failed to secure a position in the diplomatic corps and is currently unemployed.

The problem rests with Ono, whose conflicting desires are characterised not so much in terms of love versus obligation but as ambition versus constancy. Instead of explaining in person to Mr. Inoue that he is grateful to him and has no intention of rejecting their family but thinks of Sayoko as a sister and therefore would like to politely decline the idea of marriage, he sends a friend, Asai (Toichiro Negishi), to explain that he’s too busy to think about weddings and wants to defer the conversation until after his thesis is completed. Of course, Mr. Inoue sees through this thin excuse right away and is offended on his daughter’s behalf. The friend warns him that Ono is “worthless”. “He’s interested in what’s fashionable. He’s stupid” Asai goes on, implying that he is not exactly choosing to marry the woman he loves rather than honour a vague suggestion from the past, but is opportunistically seizing the chance to marry up into the high society of late Meiji Japan (a feat near impossible for a man who was once a starving orphan).

Love is not so much a part of the equation as one would expect and neither are the feelings of either woman held in very high regard. Nevertheless, Kingo eventually tries to warn Hajime away from his sister, explaining that “women who seek pleasure are dangerous”. “When I fall in love, I won’t just sit quietly waiting for my lover. I’ll make passionate love to him” Fujio flirtatiously tells Ono, dangling a precious watch from her father which serves as an indication of betrothal and membership of the family. Fujio and her mother are actively using the only means at their disposal to control their own futures by making a match they believe more beneficial which will ensure they keep themselves within the family succession, suggesting that Fujio, like Ono, is acting less out of “love” than self-interest, something which is later reinforced by her offering of the watch to Hajime who casts it to the waves in insistence that he was never interested in what it represents.

While Asai recounts his meeting with Inoue, he tells Ono that he’s making the right decision and that his best option from all angles is to marry Fujio, but Hajime overhears him and chimes in with contrary advice that he should think carefully and be true to himself. In essence, all Hajime is telling him is to own his decision and make sure he is willing to live with it or else be consumed by self loathing and misery. By this point, we perhaps expect that modernity will win, that all will accept that it is unreasonable to expect anyone to sublimate their own desires to honour an old obligation and most particularly that the women be expected to submit themselves to dynastic marriages arranged by their fathers, but the resolution is quite the reverse. The modernist Fujio is twice rejected, while Sayoko and her father leave the modern capital for the ancient Kyoto. Ono is forced into a reconsideration of his spiritual debt to the Inoues who he would be betraying in marrying Fujio for social gain which is to say that feudalistic, patriarchal values are subtly reinforced while Western individualism is disparaged with only Hajime standing up for emotional integrity which neither philosophy particularly respects. In the end, nobody is happy but everyone is resigned to their particular misery as their burden to carry in knowledge that they have acted properly which is perhaps as close to a condemnation of a still oppressive society as you could get in 1935.