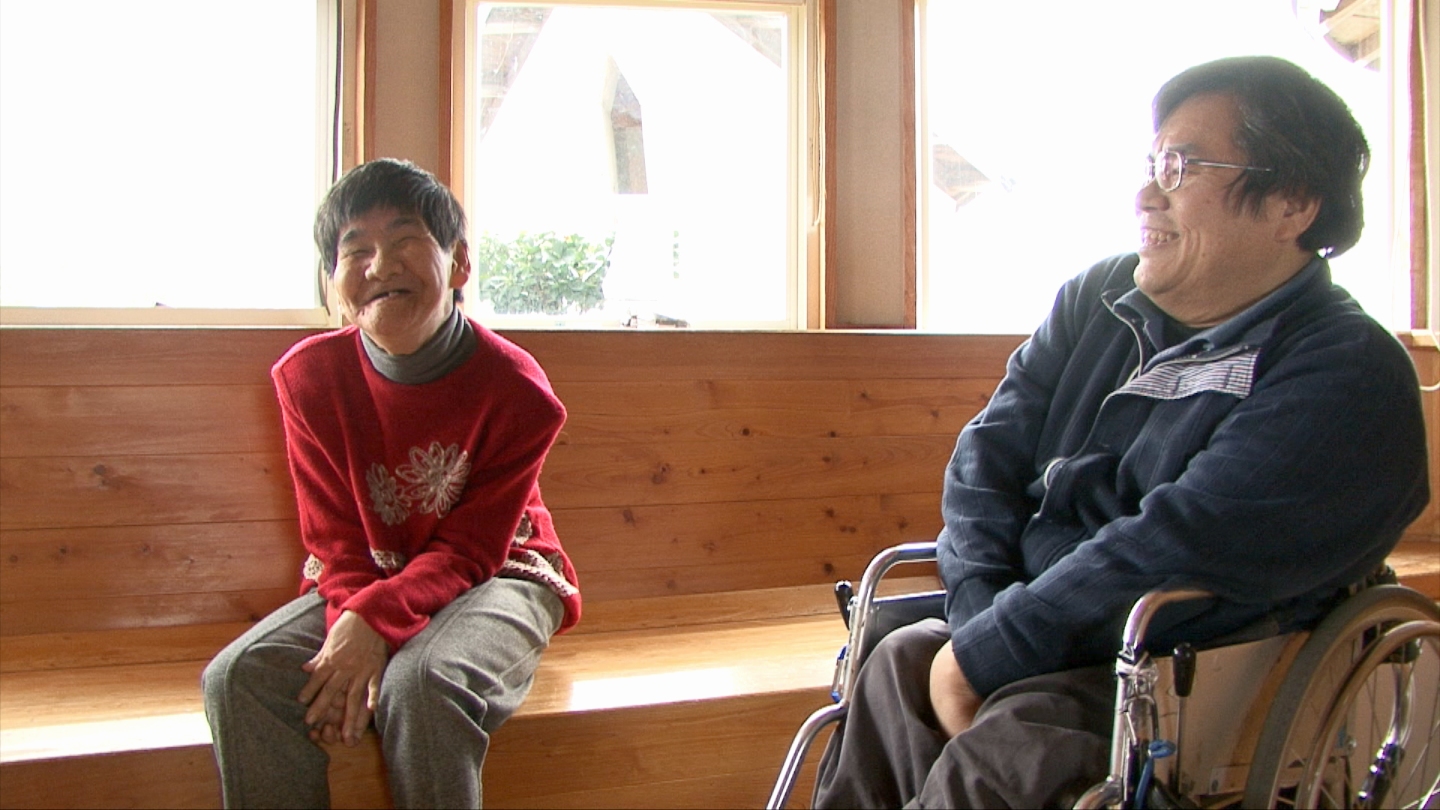 “An Individual can never win against the government” according to a man seeking justice, “Challenging the government means risking your life”, yet he continues to fight. In his 2017 documentary Sennan Asbestos Disaster, Kazuo Hara had charted the protracted efforts of workers from the factories in Sennan to get justice from the government that failed to protect them. 15 years in the making, Minamata Mandala (水俣曼荼羅) addresses another of post-war Japan’s great industrial scandals as victims of the “Minamata disease” struggle for recognition in the face of continued governmental intransigence.

Opened in 1908, the Chisso chemical plant was among the most technologically advanced in Japan yet it routinely expelled wastewater directly into Minamata bay. The factory had already paid compensation in 1926 and 1943 for damage done to local fisheries before a change in its production process led to the release of methylmercury into the local water system from 1951 onwards. Though some had noticed unusual behaviour in animals, it wasn’t until 1956 when a little girl fell ill with strange symptoms including difficulty walking and speaking that a widespread “”epidemic of an unknown disease of the central nervous system” was discovered in the local community and subsequently came to be known as the “Minamata Disease”. In order to cover their tracks, Chisso began discharging wastewater directly into Minamata River spreading the pollution further along the coast with additional cases arising in other villages on the Shiranui Sea.

Hara’s justice seekers, however, take aim not directly at Chisso which still exists and is a dominant economic force in the area, but local and national governments whose continued failure to protect them has greatly exacerbated their suffering. The greatest source of their discomfort is the unfairness of criteria set down in 1977 for legal certification of Minamata Disease in order to gain access to compensation. According to contemporary researchers, the criteria, inspired by Hunter-Russell syndrome discovered after an industrial accident in the UK in the 1940s, were simply wrong leading to the vast majority of applicants being rejected. Hara shifts between the stories of various victims and a pair of scientists determined to prove that the root of the disease lies not in peripheral nerve but brain damage and that the criteria is therefore useless in certifying cases of Minamata Disease. The applicants, meanwhile, intensely resent the implication that they are not genuine, that they are undergoing a collective delusion, faking their symptoms, or suffering from an unrelated illness not the responsibility of Chisso or the government.

One campaigner whose hair was found to contain high levels of mercury at two years old recounts his ill treatment at the hands of the legal system which implied application of the criteria could be affected by “personality” factors while passive aggressively listing his occupation as “time waster”. Though his case may at first seem mild, it’s also true that as he’s suffered from Minamata Disease his entire life it’s difficult for him to assess how severely it affects him as evidenced by the accidental severing of the top of his thumb which he barely noticed because of his reduced sensitivity to pain. Like other sufferers, he is often privy to the usual hollow apologies from politicians (including one from then Minister of the Environment Yuriko Koike), though another source of frustration is that those in power often refuse to attend meetings with Minamata patients sending underprepared underlings in their stead. One particularly heated meeting quickly goes south when a rookie civil servant allows his handwritten memo reading “no apologies” to be seen by a woman recording the proceedings from the front row while his embarrassed colleagues are able to offer little other than the standard platitudes insisting the Minamata issue has already been dealt with through the previous settlements.

Rather than focus on the court cases and medical investigations, however, Hara is keen to remind us of the costs to the victims of industrial poisoning, one of the scientists later breaking down as he explains that the main effect of the disease is sensory deprivation leaving even those mildly affected unable to enjoy their lives fully. A rather poignant song written by a congenital sufferer reflects on her tendency to fall in love too easily and be forever disappointed while longing for a freedom and independence denied her because of her disability. For the campaigners, meanwhile, Minamata Disease has robbed them of their right to a personal life as they devote all of themselves to fighting for justice while acknowledging that even when they win it brings little improvement into the lives of those forever affected by industrial pollution. Just as Hara had expressed frustration with the Sennen campaigners he felt were overly feudal in their deference to authority, some find it difficult to support those who ultimately opted to accept a paltry settlement while simultaneously understanding the desire not to have to fight anymore especially as even those born with the disease are now approaching late middle-age. Ending on a poignant freeze-frame, however, Hara reminds us that the damage can never be undone nor can there be adequate compensation for the tremendous loss of potential even as the government continues to vacillate in the abdication of its responsibility.

Minamata Mandala streams in the US until July 2 as part of Japan Society New York’s Cinema as Struggle: The Films of Kazuo Hara & Sachiko Kobayashi