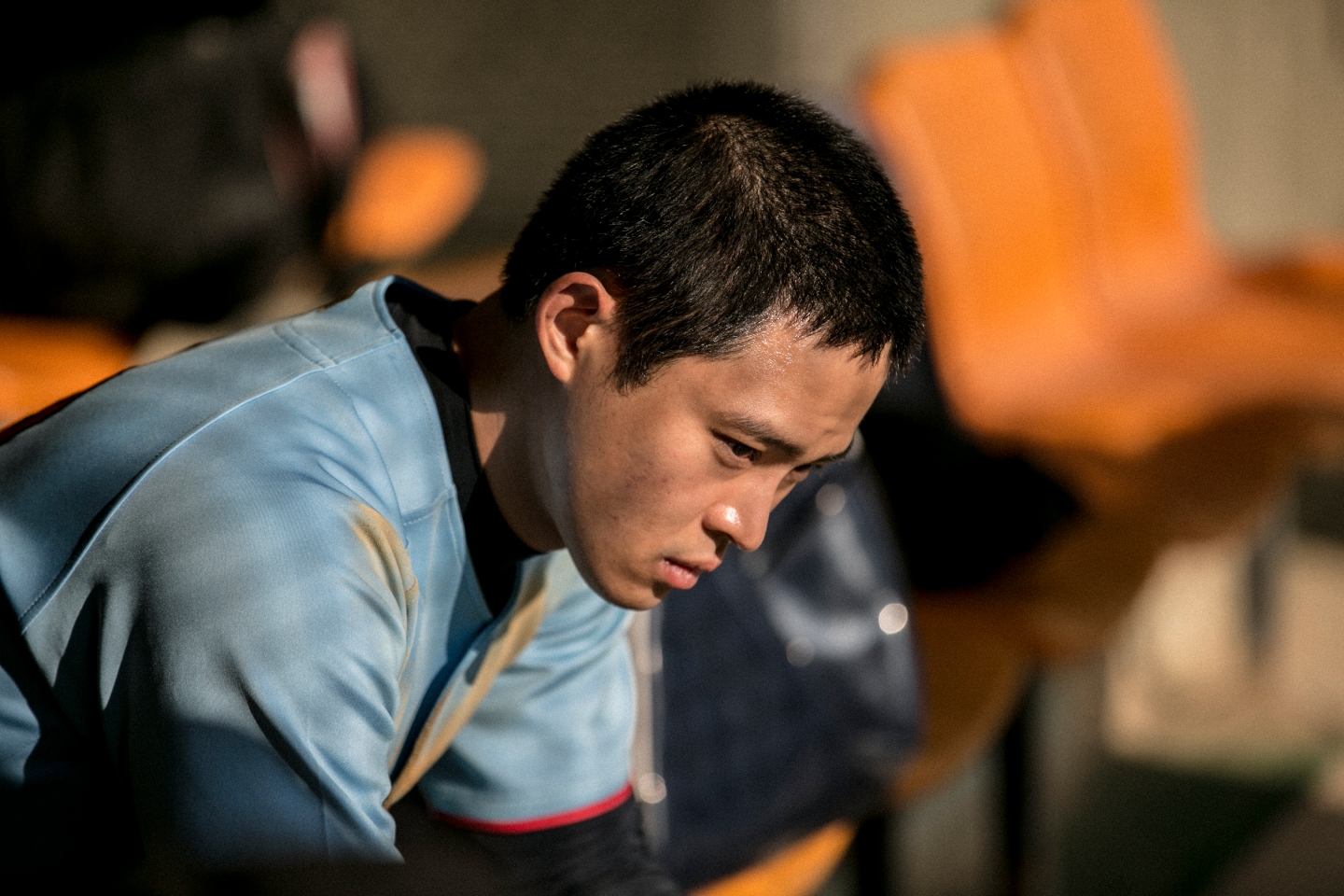 “I just wanted to keep playing baseball” the hero of Lee Jung-gon’s Not Out (낫아웃) eventually wails on finally being confronted with the consequences of his actions. Not so much a baseball movie as a gentle character study Lee’s unexpectedly dark drama sees its singleminded hero descending to depths of sociopathic manipulation in his determination to make his sporting dreams come true but less perhaps out of pure hearted yearning than a sense of embarrassment and fragile masculinity.

“You won, then it’s over isn’t it?” someone asks Shin Gwang-ho (Jeong Jae-Kwang), the hero of his high school baseball team having just carried them to a miraculous victory. No, he corrects them, it’s only just beginning. Approaching graduation, all Gwang-ho’s ever wanted to do is play baseball, and everyone’s always telling him how good he is at it so much so that he’s internalised a puffed-up sense of himself as a sporting prodigy. That’s one reason why when his coach (Kim Hee-chang) tells him he’s been offered a trainee position with a professional team he arrogantly turns it down, sure that he’s going to be drafted. But his decision backfires, he’s not picked while another boy is leaving him confused, somewhat humiliated, and completely lost as to what to do now. Regretting having thrown away the trainee opportunity he makes the knee-jerk decision to apply to colleges to play in the uni leagues and get another shot at being drafted by the pros, but his decision negatively impacts the life plan of another player whose request not to apply to the same uni falls on deaf ears. Gwang-ho doesn’t really get why it’s a big deal, surely he has the right to try out and let the best player win but his friend, knowing he isn’t talented as Gwang-ho, doesn’t see it that way and intensely resents his insensitivity.

There is a peculiarly childish component to Gwang-ho’s unthinking determination as he makes a series of increasingly bad decisions in order to pursue his goal little caring who might get hurt in the process. His problem is compounded by the fact that his family is poor, resenting his friend for being wealthy enough to make uni his main plan as if he thinks he can simply do without baseball while to Gwang-ho it’s the only thing that matters. “You think you can play baseball all on your own?” his exasperated coach asks him, fed up with his tendency to alienate his teammates but himself exploiting him in asking for money from his father to improve his chances of being able to continue playing. Gwang-ho, meanwhile, also resents his dad, going so far as to try to guilt him into selling his restaurant to get him the money to go to college.

Gwang-ho continues to do whatever he wants without really thinking about the consequences which is how he ends up trading stolen/illegal homemade petrol with old middle school friend Min-chul (Lee Kyu-Sung). Min-chul and the teenage girl working with him So-hyun (Song Yi-jae) seem to be more aware of the implications of their life of crime while Gwang-ho resolutely refuses to realise that this all very likely to blow up in his face, which it eventually does and quite literally. Pushed to breaking point he hatches a plan to rob the old man running the petrol racket even though despite his obvious criminality he’s actually been quite good to this gang of troubled teens. Min-chul used to play baseball himself but gave up because of an injury, telling Gwang-ho that he thought it would hurt more than it did finally realising “you can just give up if it’s shitty” but Gwang-ho can’t let go of his baseball dreams and is prepared to do pretty much anything to prove he’s “not out” of the game.

Earlier, the other players had lamented that for them there are no second chances. They’ve invested all their hopes in baseball without studying for the college entrance exams, if they fail to get drafted there’s no obvious way forward. For Gwang-ho who cannot rely on family money, has no connections, other skills or talents, baseball really is all he has which might be why he can’t admit the thought that it’s just not meant to be while his initial failure proves such a huge humiliation that it shatters his sense of self. Only through finally accepting responsibility for his actions, realising the way he’s treated those around him, does he begin move forward apparently getting another shot, still in the game, but perhaps humbled.

Not Out screened as part of this year’s London East Asia Film Festival.