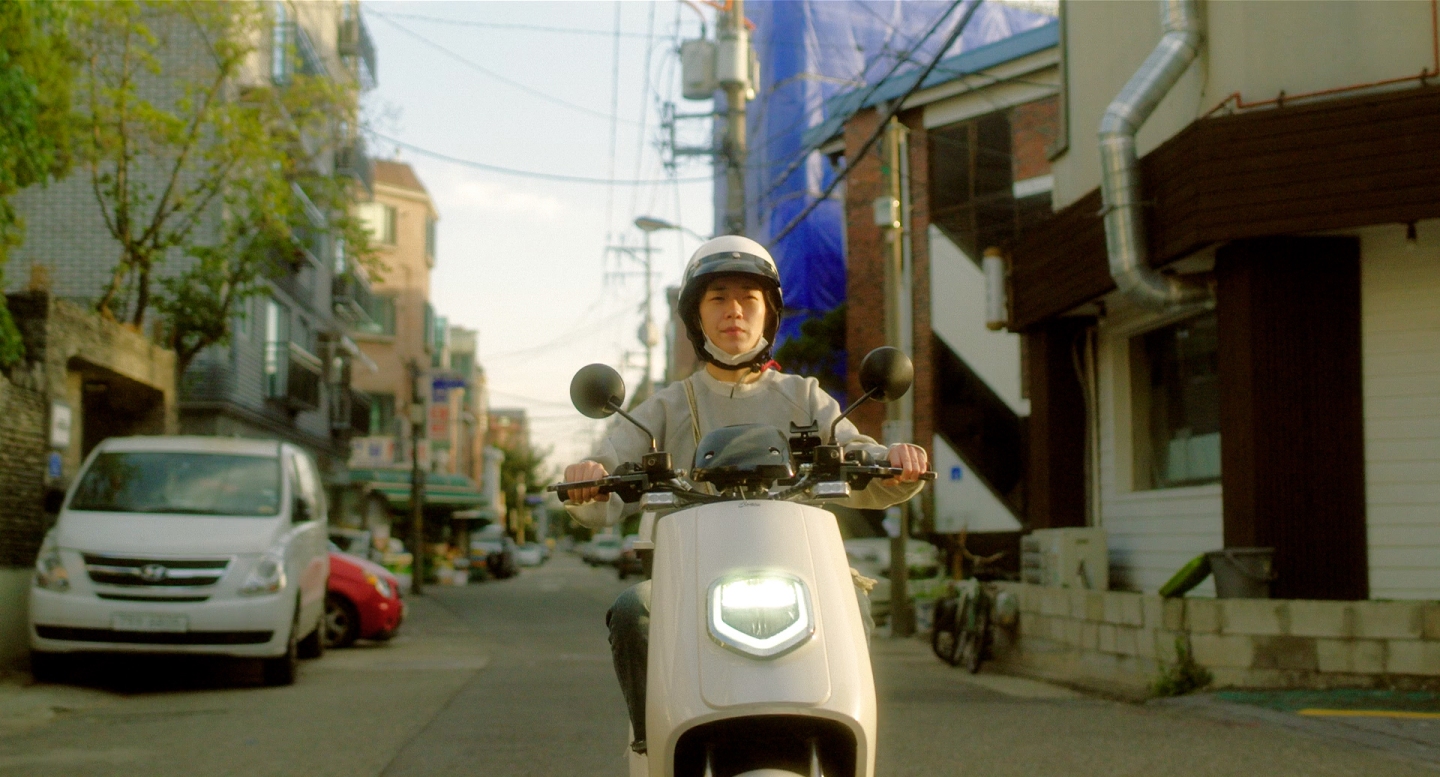 A young woman begins to find new purpose in the wake of global pandemic and unrelated familial loss in Kwak Min-seung’s charming indie debut, Rolling (말아, Mala). Trapped in an arrested adolescence of snack food and video games, Kwak’s heroine drifts along without direction still dependent on her ageing mother while reluctant to move forward or accept responsibility, yet after some gentle prodding perhaps begins to realise that different doesn’t necessarily mean wrong and that there are things she she may be good at if only she gave herself the chance.

25-year-old Juri (Shim Dal-gi) dropped out of college and doesn’t seem to be doing much of anything at all which is perhaps understandable given it’s the middle of a global pandemic. Her mother Young-shim (Jung Eun-kyung), meanwhile is in something of a fix seeing as her kimbap cafe is already struggling with customers preferring to stay at home while the bills continue to climb just as she needs to take some time off to look after her own mother who has recently been taken ill. Seeing as Juri never answers her text messages, Young-shim takes the drastic step of putting Juri’s flat, on which she co-signed, on the market in order to get her attention, presenting her with the ultimatum that she either watch the store while she’s away or prepare to move out. Though reluctant, Juri agrees going through something of a baptism of fire not only learning how to make kimbap from scratch, but trying to mimic her mother’s cooking to cause as little disruption as possible to their regular customers.

The kimbap conundrum exposes some of Juri’s insecurity as she worries she can’t measure up to her mum and the customers will be angry or disappointed that their favourite dishes aren’t quite the same. Nevertheless, she takes pride in her work and buckles down to run the cafe as best she can albeit with a slightly reduced menu even if slightly disappointed not to be making as much as her mother usually would. As the friendly auntie from the bakery, Chun-ja (Jung Eui-Soon), points out, however, times are hard for everyone and no one’s really doing the kind of business they’d been doing the year before. Many businesses have already closed while others wonder if it’s really worth trying to carry on when no one knows when or if the situation will improve.

The weighty responsibility of saving her mother’s store begins to give Juri a new sense of confidence as do her interactions with her customers including a good looking if nervous young man, Won (Park Hyo-won), for whom she makes a note to remove the yellow radish noticing that he always picks them out, and with whom she later ends up on an accidental date delivering a bulk order for a hiking club. A bored little boy meanwhile sick of being cooped up inside asks her some very direct questions but later concedes her kimbap are “OK” which is all things considered high praise. The experience gives her the motivation to start looking for a regular job, but the world of employment is not always kind to those who take a little time to find their way, a rather rude interviewer pointing out that if she quit college she could quit the company while condescendingly asking if there’s anything she’s good at aside from word processing and driving only for her to suddenly realise there actually might be (though it won’t be very helpful in terms of this particular opportunity).

Her isolated, studenty lifestyle and recent business experience provide Juri with the means to turn the situation to her advantage, thinking outside of the box to expand her mother’s business while making use of all of her skills old and new to take control over her life no longer “dependent” on her mother but working alongside her. Originating from a web drama, Kwak’s gently humorous drama makes the most of the uncanniness of everyday life during the pandemic as Juri’s world ironically expands through working in the cafe dealing with quirky customers and even potential romance while also contending with anxiety over her grandmother’s health and her mother’s business but finally stepping into herself with a new sense of confidence and possibility for the future.