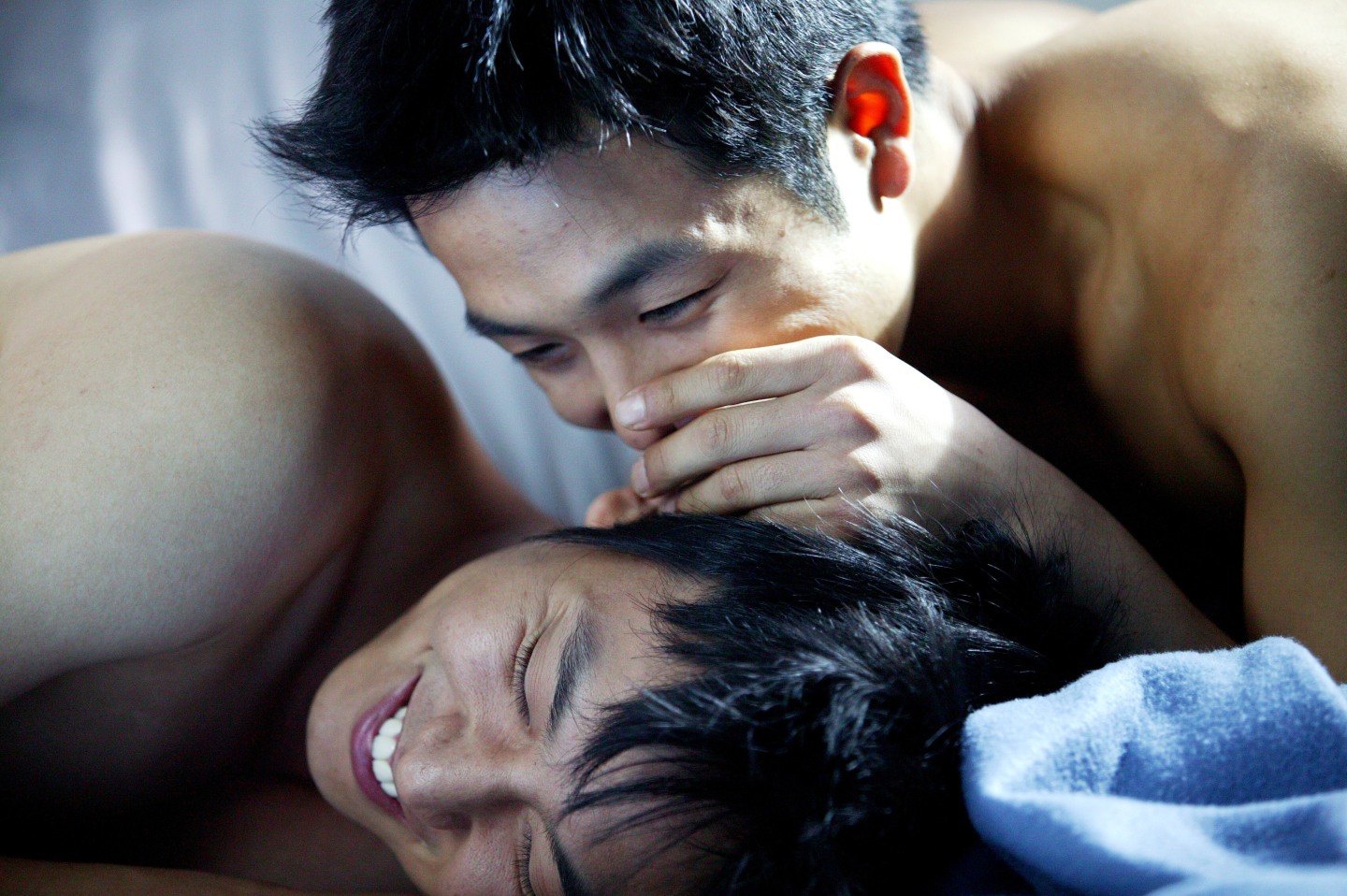 “Why do we have to be so miserable?” a frustrated cabaret bar owner exclaims part-way through a harebrained scheme to get both money and revenge against a lover’s betrayal and a relentlessly unfair society. The debut feature from Leesong Hee-il, No Regret (후회하지 않아, Huhoehaji Anha) is regarded as Korea’s first explicitly gay film from an out gay director but is as interested in social disparity and multiple oppressions as it is in contemporary gay life in a sometimes unforgiving Seoul.

Our hero, Su-min (Lee Yeong-hoon), is an orphan recently ejected from the orphanage after turning 18 and leaving high school. Like many young men in his position, Su-min has been effectively hung out to dry and has very little chance of making much of a life for himself. Quietly angry, he works hard in a factory by day, and studies at a cram school at night, hoping to make enough money to apply for college and ensure a better life for himself. He also has another part-time job as a “designated driver”, getting drunk people and their cars back home in one piece. One particular job, however, changes his life forever when he arrives to meet Jae-min (Kim Nam-gil) who, apparently, seems to fall in love with him at first sight. Despite perhaps being flattered, Su-min hesitates but turns down Jae-min’s overtures, either simply afraid and still uncomfortable with his sexuality or resentful of the awkward power dynamic between them.

The problematic power differential raises its head again when Su-min realises that Jae-min is the factory boss’ spoilt chaebol son seconds after learning he and his friend, both of whom are “casual” rather than “regular” employees, have been let go in a mass layoff. Jae-min, still smitten, pulls strings and makes sure Su-min keeps his job, but Su-min isn’t comfortable with being indebted in that way or of taking another man’s place just because the boss has taken a fancy to him so he quits in anger and does his best to shake Jae-min off his trail. Jobs are hard to come by for uneducated poor boys, and after a spell washing dishes proves unsuccessful he finds himself giving in and taking a job in a host bar karaoke box offering illicit sexual services to select clientele.

Su-min, as he later suggests to Jae-min, is perhaps freer than most to embrace his sexuality given that he has no family to disapprove of him. He is, in a sense, dependent on the feeling of solidarity he has with the other orphans, like his ladies’ man roommate who despite offering to take Su-min to a brothel so he’ll realise what he’s missing out on is actually broadly supportive of Su-min’s sexuality, but is afraid more of them discovering his “fall” into sex work than of them realising he is gay which most of them seem to have done already. In any case, it’s perhaps unsurprising that he personally continues to struggle with his sexuality given his extreme youth even after becoming used to life at the club and the financial benefits it can bring.

As the “madame” tells him, though he’s gay himself he doesn’t hire “gay” guys and it remains true that most of the other sex workers are straight men who are only in the business because they have no other way of making money. Jae-min, meanwhile, feels himself at least a prisoner of his privilege as he repeatedly fails to standup to his domineering mother who has arranged a marriage with a suitable young woman despite knowing that her son is gay. Well educated and wealthy, Jae-min has accepted his sexuality but is unable to embrace it or to break free of the patriarchal social codes which insist that, especially considering he is an only child, he has a responsibility to obey his parents’ wishes by living up to their conservative values, marrying a woman, providing an heir, and taking over the company. Jae-min’s mother even later tells him that she doesn’t care if he continues to sleep with men, but that he must marry the woman she’s chosen for appearance’s sake, little caring for the emotional wellbeing of the oblivious fiancée she is about to condemn to a loveless marriage.

Jae-min continues to chase Su-min who continues to rebuff him until finally seduced, but a note of darkness remains at the centre of their relationship in Jae-min’s self loathing and Su-min’s resentful sense of inferiority. An accidental betrayal born of momentary weakness and followed by an eventual breakthrough leads to a very dark place indeed as the wounded parties decide to take misplaced revenge, against an oppressive society as much as against those who have wronged them. Nevertheless, a kind of “equality” is perhaps achieved through wounds given and received giving way to a more openhearted connection albeit one with a dark genesis. An important step forward in representation, Leesong Hee-il’s indie drama is an oddly hopeful romance in which the heroes eventually succeed in becoming themselves in defiance of the societal oppression all around them.