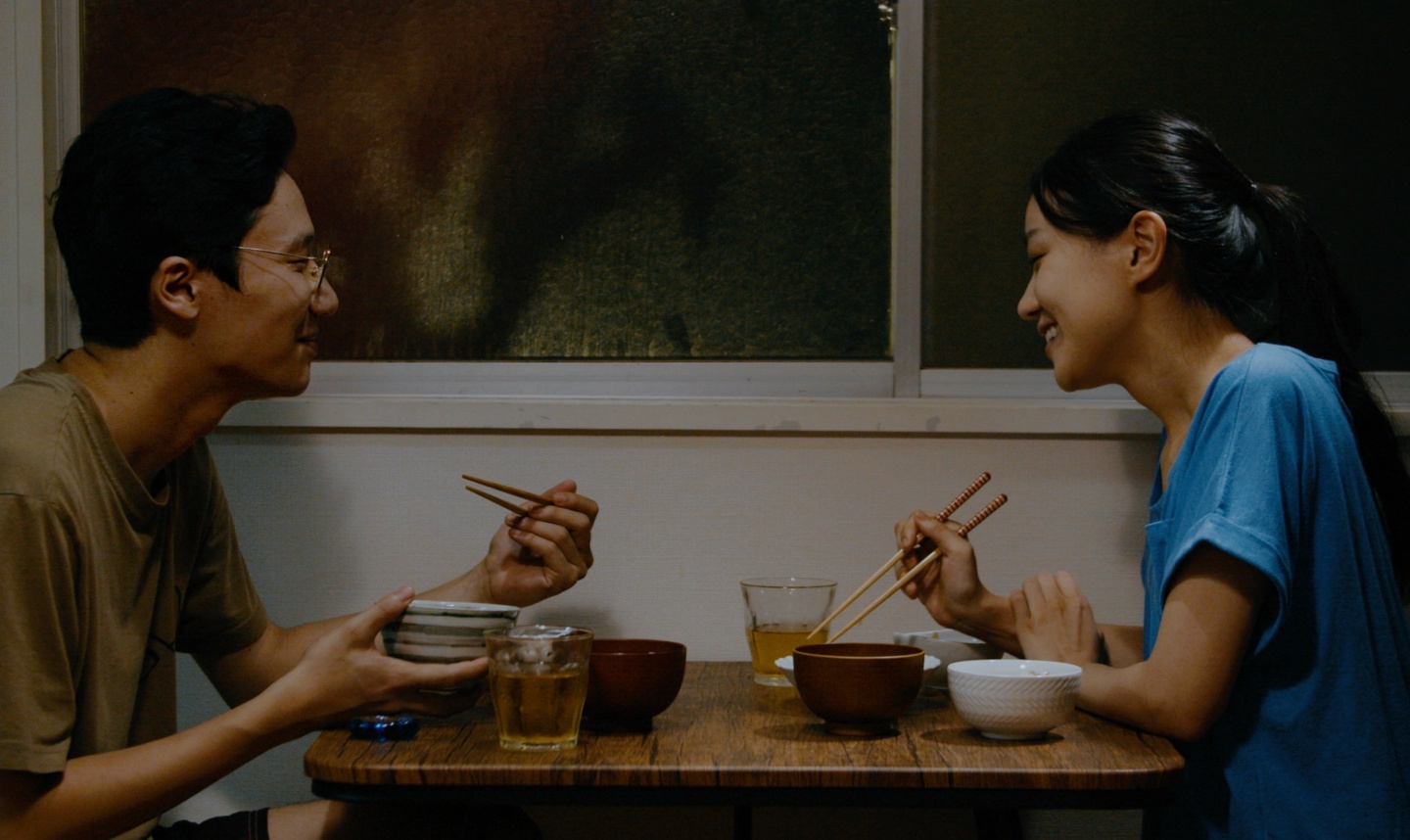 How well do you really know your significant other, and is it possible that even you can be lulled into a false sense of security by the performative qualities of your relationship? The befuddled hero of Tatsuya Yamanishi’s Mari and Mari (彼女来来, Kanojo Rairai) is forced to reckon with the superficialities of his romantic life when he arrives home one day to discover that his girlfriend is nowhere to be found and in her place is another woman with the same name who seems intent on occupying the space she has just vacated.

Casting agent Norio (Kou Maehara) is in a longterm, actually rather nauseating in its sweetness, romantic relationship with girlfriend Mari (Nao). Despite being a well established, not yet married but might as well be cohabiting couple, they have their own little song they like to sing about how great their lives are with each other while taking romantic walking dates along the river where they look lovingly into each other’s eyes. “You’ve been together for ages, but you act like it’s a first date” one of Norio’s colleagues unironically remarks, seemingly a little envious. After moaning about a workplace setback, Norio suggests taking a trip while Mari points out that he’s always too busy for holidays but seems pleased just with the thought.

For all these reasons, Norio is especially confused when he arrives home after a tough day and finds Mari gone, understandably mistaking the figure of a woman sleeping on their sofa for his girlfriend only to realise his error when she gets up and turns around, the low evening light finally hitting her face. The woman, who is apparently also named “Mari” (Hana Amano) claims to have no memory of her life before waking up on the sofa, and declaring herself homeless announces that she’s moving in. Extremely confused, Norio embarks on a quest to try and out what’s happened to Mari but discovers few leads. Even her sister seems relatively unconcerned, certain that she’s just blowing off steam bringing up a childhood incident in which she “ran away” to stay with a friend whose family ran a sweetshop because she had a sweet tooth and they weren’t allowed sweets at home.

This relatively innocent story perhaps highlights the possibility of cracks in Norio’s “perfect” relationship, that “Mari 1” might have been feeling the lack of something and has gone off to find it. Though we’re told that Norio and Mari had been happily coupled for some years, a surprise visit from Norio’s parents reveals they’d never met his longterm girlfriend which does indeed seem odd if the relationship is as serious and loved up as it seemed to be. The plot thickens further when he visits the bookstore where Mari was working and is told she quit her job a few days previously having said nothing to him. You have to wonder if Mari 2 is actually real or a merely a manifestation of his inability to accept the fact that his relationship has failed and his girlfriend has moved on.

Could Norio be guilty of treating his romantic life like one of his auditions, simply slotting in a woman who looks the part to play the role of “girlfriend”? Maybe Mari 1 was so wrapped up in her relationship that she didn’t have any friends, but Norio doesn’t contact any outside of her sister and appears not to know very much about her interior life. He also appears oblivious to a sweet intern at the office, his work life beginning to suffer while he remains preoccupied with Mari 1’s disappearance, who seems to have a crush on him until becoming unexpectedly jealous on spotting her in a clinch with another coworker in the darkened break room. Missing Mari 1 he repeatedly rebuffs Mari 2, attempting to throw her out of his apartment and rejecting each of her attempts to get close to him but eventually warms to her presence and finally allows her to take Mari 1’s place as his live-in girlfriend.

Are Mari 1 and Mari 2 interchangeable to him? His brief comment that Mari 1 looked like another person under different light hints at a slight fluidity in the nature of her identity, as does the repeated motif of the sunlight climbing towards her face in their darkened bedroom. Then again, could the memory of Mari 1 merely be the intrusive ghost of failed love that disrupts his subsequent relationships, suggesting that his relationship with Mari 2 is doomed to failure because of his obsession with the one who literally got away. Or are Mari 1 & Mari 2 actually the same and a reflection of the way people can sometimes change or you learn something new about them and they seem like a completely different person? Perhaps “Mari” is just a signifier for romantic partner, otherwise devoid of an individual identity. What seems clear at least is that Norio does not “see” the woman in his life because he only sees “Mari”, as the slightly melancholy, intensely lonely look on the face of the woman next to him at the film’s conclusion may seem to suggest.

Mari and Mari streams in the US until Sept. 2 as part of this year’s Japan Cuts.