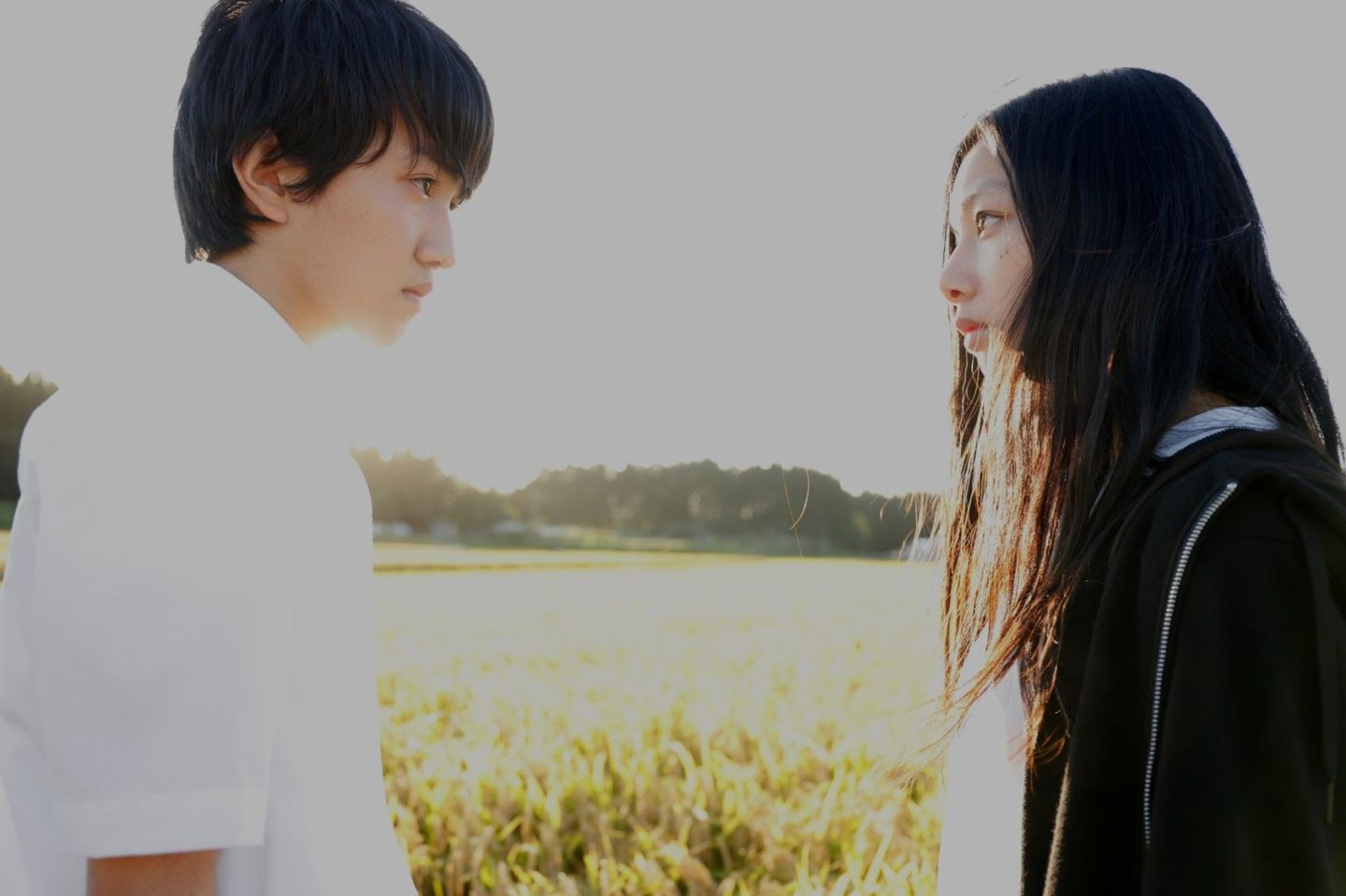 “We all want to run, but still we’re holding on” insists the hero of Yoichi Narita’s rural coming-of-age tale, Follow the Light (光を追いかけて, Hikari wo Oikakete). Not perhaps as its title implies a religious treatise, Narita’s gentle drama nevertheless chases faith in the future while exploring the effects of rural depopulation, economic stagnation, and familial fragmentation on the lives of the young but eventually rediscovers a sense of security, not to mention wonder, in the natural world along with the importance of community in creating a feeling of emotional rootedness.

Teenager Akira (Tsubasa Nakagawa) has just moved back to his dad’s hometown following the divorce of his parents, his mother presumably having left the family. As one might expect he is sullen and resentful, wishing a meteor storm would destroy his new home and drawing violent comic books to that effect. He ignores everyone at school and is uninterested in making friends, continuing to view himself as an outsider who is not destined to stay. This feeling is compounded by the fact that the school itself is about to close down due to the declining numbers of children in the local area as a result of rural depopulation.

Akira’s interest is piqued, however, on witnessing a mysterious girl standing atop the roof of a farm house and surveying all below. Accidentally making friends with a bullied boy, Shota, Akira discovers the girl’s name is Maki (Itsuki Nagasawa) but is warned off her on the grounds that she is “crazy” and potentially violent. Akira ignores the warning, but is in any case guided towards the ostracised young woman by a mysterious light said to be caused by a UFO which leads him towards a crop circle in a rice paddy in the middle of which Maki is currently lying.

As Akira discovers, Maki has problems of her own in that her parents are in the middle of a debt crisis and about to lose the small petrol station they’ve been running as a family business. They are in fact just one of many casualties in the faltering local economy which is in a constant state of recession given that the young people all leave for the cities and there’s precious little money to be made in farming anymore. Akira’s father Ryota (Taro Suruga) went to Tokyo to be a musician, an ambition which obviously did not work out, and now he’s come back works for an organisation attempting to find solutions for the future of agriculture in an effort to bring prosperity back to the countryside. Akira’s teacher, Michiru (Rina Ikoma), by contrast who will soon be out of a job is disinterested in her work partly because she left to go to uni in Tokyo but was dragged back by parental pressure and remains intensely resentful trapped in a backwater provincial life quite clearly not of her choosing.

It wasn’t of Akira’s choosing either and on top of dealing with the disruption of his parents’ separation he feels himself displaced as a city kid unused to the gentle rhythms of country life while struggling to understand the impenetrable local dialect. He originally does nothing on witnessing Shota’s bullying but later befriends him only for their friendship to be derailed by petty jealously in Shota’s resentment towards his growing interest in Maki. Maki, meanwhile, is also struggling with a sense of abandonment largely cared for by her down-to-earth farmer uncle in the wake of parental failure. Akira may originally feel the same way about his boomerang dad, returning home to live with grandma having failed in the city, but later perhaps comes to understand that return is not necessarily defeat while gradually warming to the joys of the country life with its wide-open vistas and kindhearted locals.

Even so there’s a sense of desperation in these young lives as they watch their world dismantled in front of them as symbolised in the imminent closure of their school. Guided by lights they decide to look towards the future, positing a new sense of community open to anyone willing to be a part of it. As if echoing the sound of the Earth, Maki accepts her parental legacy in continuing to sing a traditional rural folksong once sung by her mother while Akira discovers a new sense of belonging in his father’s latent love for his old hometown. A hymn to a disappearing small-town Japan, Follow the Light is less lament than resurgent hope that something can be saved if only in change.

Follow the Light streamed as part of the 2021 Fantasia International Film Festival.