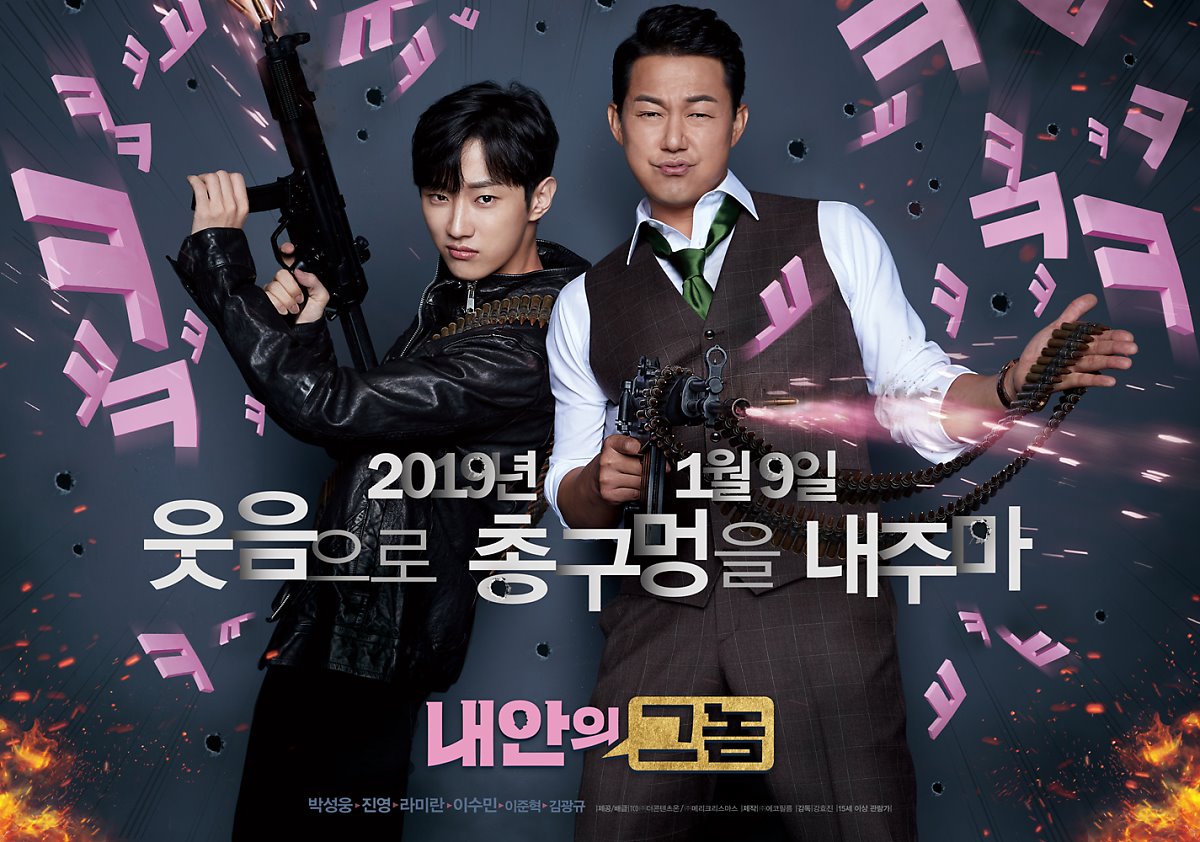 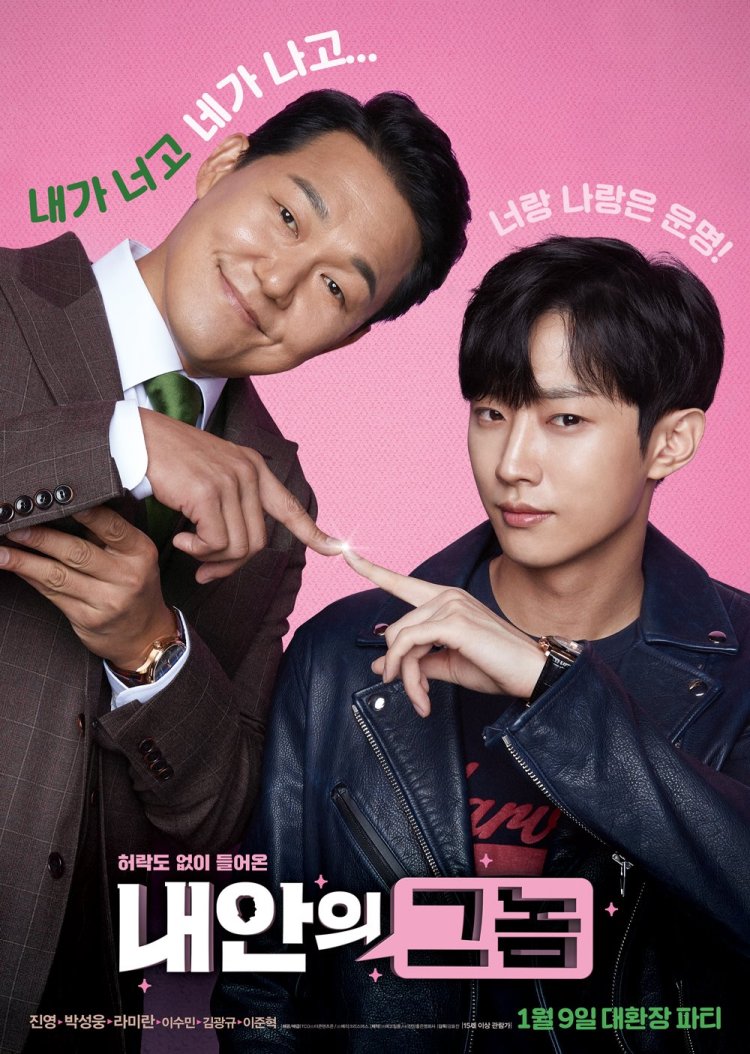 “What’s more important than being with your family?” – A cynical crime boss is forced to reconsider his life choices following a series of crises which see him inadvertently swap bodies with a dimwitted high school boy in Kang Hyo-jin’s take on the classic genre, The Dude in Me (내안의 그놈, Naean-ui Geunom). Less a story of two men from different generations learning from each other, Kang’s film leans heavily into patriarchal myths as its jaded hero is given a second chance at youth and discovers he may have made a grave error in choosing to reject love in favour of advancement.

17 years after breaking up with high school sweetheart Mi-sun (Ra Mi-ran), Pan-su is a high flying “businessman” in the newly corporatised world of suited gangster thuggery. Old habits die hard, however, as his current problem is his minion’s failure to put sufficient pressure on the last holdout in an area they’ve earmarked for redevelopment – Jong-gi (Kim Kwang-kyu), the earnest owner of a carpentry firm intent on holding on to the family business. It’s during a visit to Jong-gi’s that Pan-su stops off at a ramen joint he used to go to in his youth, only to discover that the young woman who owned the restaurant all those years ago has moved on which is why his favourite dish doesn’t taste like it used to.

Inside, he gets into a heated debate with the new owner while a portly high school boy, Dong-hyun (Jung Jin-young), who needs to leave in a hurry, discovers he’s lost his wallet. The old lady bamboozles Pan-su into paying for the kid’s (unusually large) meal, assuring him that she has “something in store” for him. That “something” turns out to be Dong-hyun falling from a nearby roof and landing on Pan-su’s head. When Pan-su wakes up, he realises he’s in Dong-hyun’s body while Dong-hyun is presumably still inside his which remains in a coma.

Such is the force of Pan-su’s personality that he’s able to convince his chief underling of his real identity pretty quickly, but it remains a serious problem for him that a once serious gangster is humiliatingly trapped in the body of a misfit high schooler ostracised by all but the equally bullied Hyun-jung (Lee Soo-min) for his pudgy physique and dimwitted cowardice. Pan-su makes little attempt to blend into Dong-hyun’s life, behaving much as he has before and seemingly oblivious to the commotion his newfound boldness provokes in those around him. Though Dong-hyun’s new crazy backbone could be written off as a bizarre side effect of his head injury, the contrasts between the diffident teenager and unpredictable gangster do not end there. Where everything about Pan-su screams control from his obsession with straightening other people’s ties to habitually wiping down surfaces, Dong-hyun is the sort of boy who doesn’t think too far beyond his belly. Indeed, Dong-hyun’s vast appetite does not sit well with Pan-su’s uptight concern for his health even as his new body finds it almost impossible to resist the lure of tasty junk food in truly staggering proportions.

Nevertheless, Pan-su gradually begins to take ownership of Dong-hyun’s body, doing him the “favour” of “improving” it by shedding all that weight and revealing the hot guy trapped inside. Part of the reason he decides to do that is realising that the mother of Dong-hyun’s childhood friend Hyun-jung is none other than love of his life Mi-sun, who seems to have remained single since they broke up around the time in which Hyun-jung must have been conceived. Wielding his newfound hotness as a weapon, he vows to protect Hyun-jung in the most fatherly of ways – by teaching her to protect herself through shared self-defence classes. He will, however, need to sort out a few other problems on his his own, going up up against an entrenched system of delinquency and a dangerously predatory high school prince who likes to invite vulnerable girls to his parties as a form of entertainment.

Meanwhile, he’s still dealing with the ongoing gang war and a series of personal problems relating to his treacherous wife and austere father-in-law who praises “family values” above all else. Living as a high school boy again and realising that he’s got a daughter whose life he has entirely missed out on because of a choice he has always on some level regretted forces Pan-su to wonder if his ill-gotten gains were really worth the lonely, loveless years. Strangely, perhaps only Dong-hyun is brave enough to admit for him that perhaps they weren’t and what he really wants is a warmer kind of “family” than the cold obligation of gangster brotherhood. A quirky tale of softening bad guys and toughening soft ones, The Dude in Me eventually locates a happy medium in the merger of the professional and personal as a new family rises up in Mi-sun’s homely new restaurant filled with warmth and possibility in having rediscovered the simple joys of true human connection.

The Dude in Me was screened as part of the 2019 Fantasia International Film Festival.