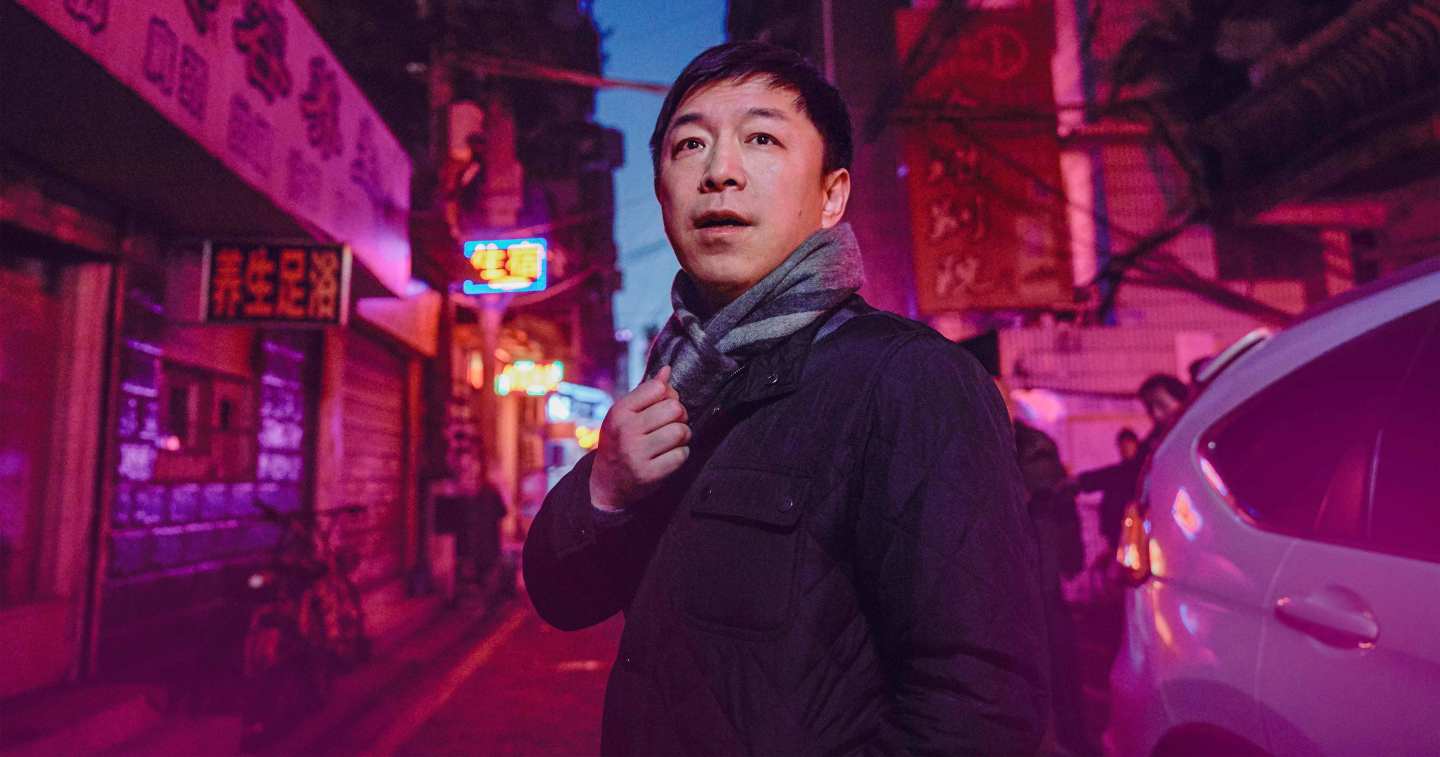 Written by Hayley ScanlonPosted on September 20, 2020

What is love, and in the end does it really matter? It’s a question the mostly middle-aged couples of Gone with the Light (被光抓走的人, Bèi Guāng Zhuāzǒu de Rén) who perhaps assumed they were past such existential questioning find themselves contemplating after an unprecedented event causes the disappearance of seemingly random people from all over the world giving rise to the rumour that those taken were those truly in love. But if that’s so, what does it mean for the overwhelming majority left behind, suddenly lonely and uncertain wondering if they’ve been spared or judged and found wanting for their lack of emotional fulfilment.

At 10am one spring morning, a brief flash of light creates a slight temporal disturbance causing a small percentage of the population to simply vanish. No one knows what happened or where they’ve gone, but the connection is later made that many seem to have been taken in pairs giving rise to the theory that the disappeared are the only true lovers. This is a minor problem for some of the left behind who have lost spouses twice over, not only literally but emotionally in realising that their loved one was in real, deep love with someone else. Meanwhile, those not taken begin to wonder why, questioning the validity of their relationships, doubting that their loved ones really love them but not quite daring to ask the same question in reverse.

Dong opens the film with a vox pop session questioning several people about the nature of love, some of whom we’ll get to know better and others not. Our hero, school teacher, Wenxue (Huang Bo), unconvincingly claims that he does not put any stock in the admittedly unscientific theory that only true lovers were taken and that the rumours have not affected him or his wife but as we later see they have profoundly unsettled his unexceptional, middle-class family life which was at least superficially happy or perhaps merely unhappy in the most ordinary of ways. Before the light, we see him annoy his wife by waking her up smoking in bed before they have perfunctory, routine sex over which they discuss Wenxue’s hopes for promotion and whether or not it’s appropriate to schmooze with the headmaster to smooth the path. The fact they weren’t chosen eventually becomes a kind of embarrassment, the promotion going to a man whose wife disappeared on him for the slightly strange reason that being betrayed in love somehow grants him the moral high ground. Wenxue, like many, goes to great lengths to excuse himself, getting a fixer to photoshop pictures of his wife along with train tickets to make out she was in another town when the light descended.

Meanwhile, Li Nan (Wang Luodan), a woman who was in the middle of trying to divorce her husband when the light struck finds herself accosted by his mistress (Huang Lu) demanding to know where he is seeing as he did not ascend with her. The obvious conclusion is that he had another woman, but the quest forces each of them to reassess their true feelings towards the missing man, the mistress desperate to prove she wasn’t just an “adulteress” but a woman in love, and the wife that she really is ready to let him go. A young woman (Li Jiaqi) who threatened to commit suicide by jumping off a roof when her parents tried to stop her marrying her boyfriend (Ding Xihe) suddenly doubts her feelings when her parents disappear together while she and the man she thought she loved are left behind. A petty thug (Bai-ke), in the only subtle implication of a same sex love, becomes obsessed with the idea that his friend has been murdered by a TV presenter who had been bothering him and his death has been covered up to look like one of the disappearances, perhaps again hoping to find evidence against a romantic rejection.

Talking to another man in a similar situation Wenxue is given a dressing-down, reminded that he’s been extremely self-involved and that the problems he’s now able to see in his marriage thanks to the light were there all along, only now he’s refusing to face them in a much more direct way. He couldn’t or chose not to see that his wife was lonely and filled with despair while flirting with an equally lonely woman at work. His confrontation with her provokes his only real moment of emotional reckoning as they each reflect on the fantasy of romance and its capacity to dissipate when realised. Walking in on his teenage daughter getting dumped for the first time he’s perhaps in the best position to offer advice, even if it’s of the fairly prosaic kind to the effect that she’ll get over it in time. “Your lies make me ashamed” she’d fired back at her parents’ middle-aged hypocrisy, a very ordinary marriage in which perhaps the “love” has gone, in one sense, but equally might be succeeded by something else. “It’s alright, you will know it in the future” Wenxue tells his heartbroken daughter but might as well be talking to himself, beginning to feel the love after love in conceding that perhaps this is what “love” is rather than any kind of “rapture” literal or otherwise. A beautifully pitched meditation on the consequences of love, the madness, violence, and loss, Gone with the Light finds its release in stillness and a gentle contemplation of that which remains when everything else is burned away.

Gone with the Light streamed as part of this year’s New York Asian Film Festival.