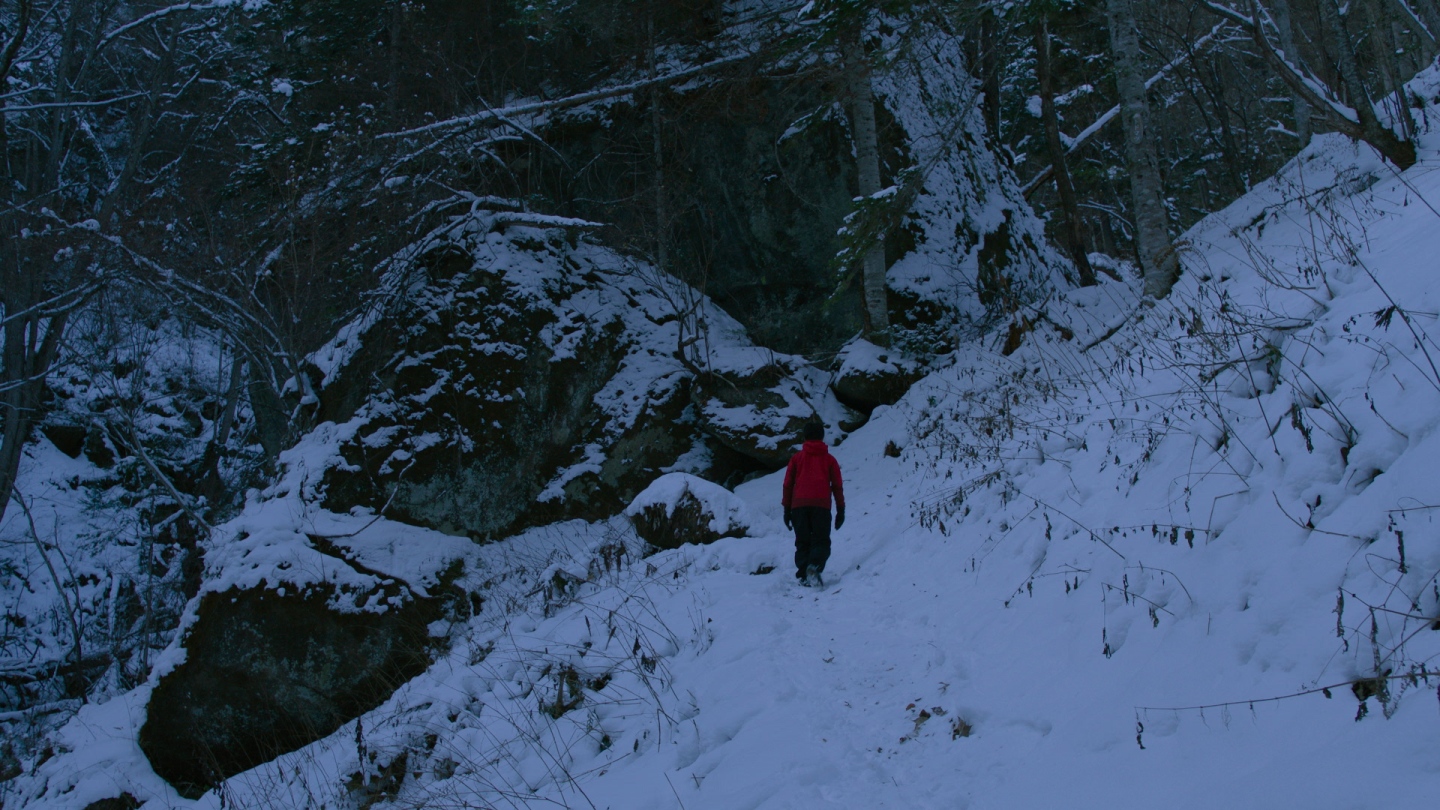 Despite its continuing preoccupation with the conflict between tradition and modernity, Japanese cinema has often been reluctant to address the nation’s relationship with marginalised communities such as the Ainu, the indigenous people of Hokkaido which was in essence the site of Japan’s first colonial expansion at the beginning of the Meiji era. Set very much in the present day, Takeshi Fukunaga’s Ainu Mosir (アイヌモシㇼ) takes its title from the indigenous name for the island and is both coming-of-age tale and exploration of the position of the Ainu people within the context of modern Japan.

14-year-old Kanto (Kanto Shimokura) lives in the quaint Ainu tourist village of Akan and has not long lost his father. Questioned about his plans for the next stage of his education, Kanto replies that he’s fine with anything as long as it involves leaving Akan, later explaining to his understandably upset mother Emi (Emi Shimokura) that his desire to leave is because the town is “tiny” and “they make you do Ainu stuff”. Emi points out that neither she nor anyone else has ever forced him to participate in Ainu culture, but still the boy insists that he’d prefer to go somewhere more “normal” spending his time playing classic American rock on an electric guitar rather than engaging with his cultural roots. His attitude begins to change, however, when Debo (Debo Akibe), an elder acting as an uncle, begins introducing him to various aspects of Ainu culture such as the remote cave in the Forest of Light which leads to the land of the dead, teaching him how to catch and gut fish, and finally enlisting him in a project to look after a captive bear, Chibi, hidden in a cage in the woods.

Bears are sacred in Ainu culture, but what Debo has not explained to the boy is that he’s raising Chibi as part of an ancient ritual last performed over forty years previously which involves sacrificing the bear in the belief that his spirit will then return to the land of the gods filled with tales of how wonderful humans are after being so lovingly looked after during his time in the mortal world. In a series of documentary-style sequences, Fukunaga captures the ambivalence present within the community on learning of Debo’s plan to carry out an Iomante ritual, pointing out that they live in different times and bear sacrifice is unlikely to be accepted by the outside world which will undoubtedly view it as primitive and cruel. Aside from a concern as to how the indigenous community is viewed by mainstream society, some of the council are acutely worried because they are economically dependent on the tourist trade. Young Kanto is frustrated by the idea of growing up in a museum, the town of Akan something like a theme park repackaging Ainu culture for curious Japanese tourists. His own mother works in a shop selling traditional crafts as souvenirs while appearing in a stage show adapting ancient ritual as entertainment for visiting audiences.

A man in Emi’s shop stops to ask her if she herself is Ainu, but seems ambivalent on being told that yes she is while a female customer somewhat crassly compliments her on the quality of her Japanese which is particularly ironic as we’ve just seen her attending evening classes to relearn the Ainu language which is in constant danger of dying out. Warming to Ainu culture, Kanto is more receptive towards the idea of adding traditional instrumentation but his bandmate is, as he was, embarrassed by “Ainu stuff” and wants nothing to do with it. Debo’s betrayal sets Kanto on a collision course with his newly found appreciation for his indigenous roots in presenting him first hand with something dark and cruel that proves difficult for him to understand but perhaps finally allows him to come to terms both with his father’s death and with his own identity as a member of an indigenous community.

Using a cast of mainly non-professional actors from the local area, Fukunaga switches between documentary-style capture of Ainu life and the cinematic naturalism of Kanto’s path towards self-acceptance filled as it is with the wonder of the natural world. Juxtaposing the reality of the Iomante ritual with the repackaged stage show, he shows us what it costs to preserve traditional culture within a surrounding modernity even as scholars descend to record the songs of the Ainu for prosperity badgering old women to offer up long forgotten lullabies for a lonely tape recorder. Kanto has however perhaps found his path in knowing he is not alone as he steps into a less innocent adulthood having integrated both sides of himself into a more complete whole.

Ainu Mosir streams in Germany 1st to 6th June as part of this year’s Nippon Connection. It is also available to stream in the UK (and possibly elsewhere) via Netflix.