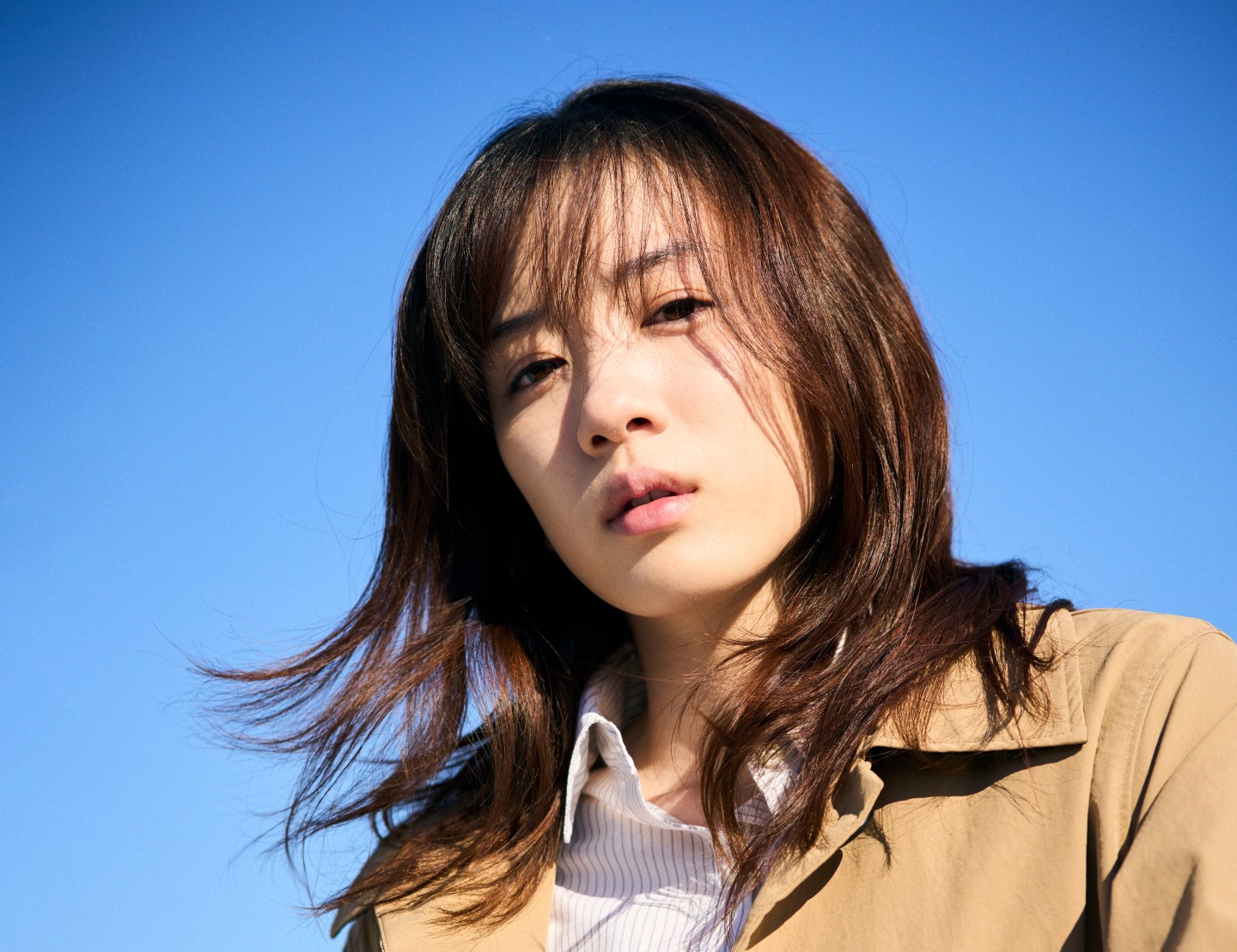 “The only thing you can do for a person who’s gone, is to live” according to a kindly soul at a train station attempting to comfort the heroine of Yuki Tanada’s adaptation of the manga by Hiroko Waka, My Broken Mariko (マイ・ブロークン・マリコ). It is in many ways, however, Shiino (Mei Nagano) who is trying to put herself back together after earth-shattering loss, attempting to reclaim her friend’s memory while struggling to reorient her life in the wake of her absence. Yet what she comes to realise is that all she can do for Mariko (Nao) now is to try to live.

At a cafe one ordinary day, Shiino hears the news announce the death of a woman presumed to have taken her own life who has the same name as her childhood friend. Overcome with anxiety, she tries to call Mariko on the phone but gets no answer nor reply to her messages. Dropping by her apartment, she realises the worst is true. Mariko is gone and she didn’t even say goodbye. Her apartment has already been cleared and her parents apparently opted for a “direct” cremation not even bothering to hold a funeral. It’s almost as if Mariko never existed at all.

Consumed by grief and guilt that she didn’t see her friend’s death coming or in some way failed to save her, Shiino makes up her mind to rescue her unable to bear it that the father who beat and abused her all her life is allowed to keep her in death. After making a dramatic raid on their apartment, she kidnaps Mariko’s funerary urn and hits the road searching for new directions while on one last road trip looking for a safe place to let her friend rest.

This was certainly an intense friendship or on Shiino’s side at least something more, she is clearly coded as queer in her masculine speech and attire, yet Mariko seems to have looked to her as a sisterly or maternal figure at one point exclaiming that she would have liked it if Shiino had given birth to her. As high school girls they’d idly looked at flats for rent, vowing to stay together until they were old and most importantly with a pet cat but even though Mariko had threatened suicide if Shiino were to get a boyfriend she eventually drifted away into a series of abusive relationships for which she continued to blame herself. Shiino can’t forgive herself that as much as she tried to show her she cared, she was never able to reach her or to restore Mariko’s sense of self worth. Now that she’s gone she finds herself still searching for her, struggling to remember not only the bad things or the good things but everything she was.

Through her random road trip, Shiino is forced to let Mariko go little by little firstly with the loss of her childhood letters to the unlikely appearance of a bag snatching biker in small-town rural Japan and secondly in ironically using the funerary urn to save another woman from abuse. The ghost of Mariko seems to hover around her, a street lamp flickering in comfort as she breaks down in tears in the street reading a letter in which the young Mariko told her she was no longer afraid to walk in the dark after hearing that Shiino used to go walking at night and she might bump into her at any time, while she is at one point almost possessed by her spirit when reclaiming her memory from the abusive father Shiino blames for causing her death in slow motion. In setting Mariko free she liberates herself not least from her all consuming friendship in which she admits that she had nothing and nobody else.

“So this is how we get back to our ordinary lives” she reflects, lamenting that to the rest of the world Mariko’s death is an irrelevance and her absence barely felt, a realisation that can’t help but leave her feeling small and insignificant as do the offhand remarks from Mariko’s landlord that it’s a good thing she didn’t die in the apartment and her exploitative boss’ insistence that the death of a close friend isn’t a good enough excuse to take time off work. Replete with a quirky sense of humour despite the deep melancholy of Shiino’s overwhelming grief, Tanada’s empathetic drama finally allows its heroine to put herself back together again living quite literally in memory of her friend.

My Broken Mariko screened as part of this year’s Fantasia International Film Festival.