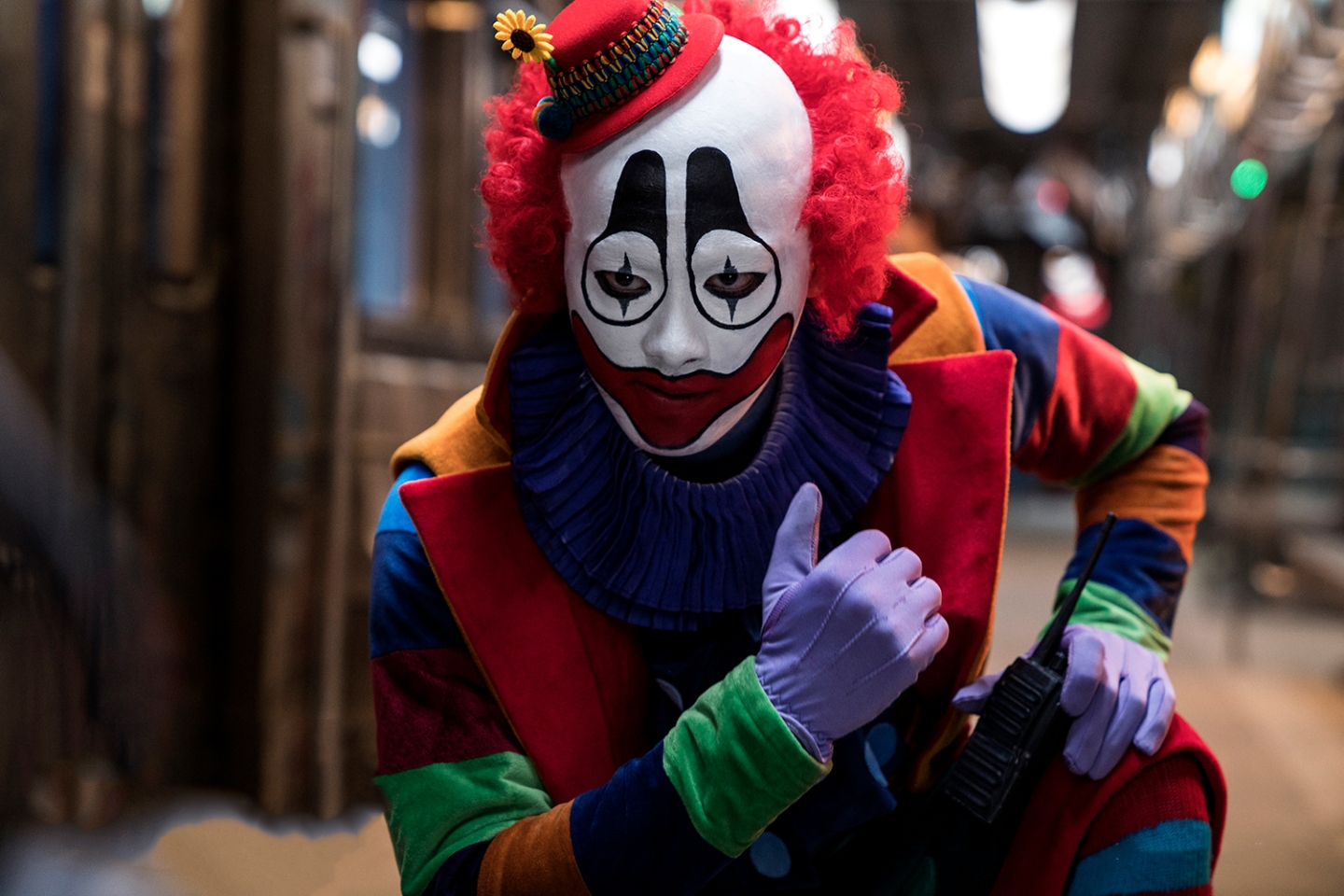 Written by Hayley ScanlonPosted on June 25, 2018Leave a comment

Greed is good. So Michael Douglas once told us many years ago and if Animal World (动物世界, Dòngwù Shìjiè) is anything to go by, the Gordon Gekkos of the world have not changed their tune. Inspired by Nobuyuki Fukumoto’s manga Kaiji: The Ultimate Survivor, Han Yan’s anarchic gambling drama is the latest in a long line of films to ask serious questions about a perceived moral decline accompanying the rapid economic development of the Chinese state occurring largely during the lifetime of the pure hearted hero Zheng Kaisi (Li Yi Feng) who has been dealt a bum deal and is doing very little to resist it. Describing himself as “crazy” (not unfairly, as it turns out), Kaisi is perhaps the last good man but his resolve is severely tested when he finds himself trapped aboard the good ship Destiny and forced to bet his life on a game of rock, paper, scissors.

Kaisi was one of the smartest kids in town but his father’s early death when Kaisi was eight and his mother’s long term illness have left him all alone in the world. Defeated and without hope, Kaisi’s only job is playing a sad clown at a local arcade and, in a failing he continues to find humiliating, he has to rely on childhood friend and putative sweetheart Qin (Zhong Dongyu), who is also his mother’s nurse, for the money to pay the medical fees that keep his mum in an actual room and not out in the corridor with all the other paupers. Another childhood friend of Kaisi’s, Li Jun (Cao Bingkun), claims to be in a similarly sticky situation and offers Kaisi a sweet deal if only he’ll consent to mortgaging the family apartment. Reluctant but backed into a corner, Kaisi agrees only to realise that not for the first or last time Li Jun has thrown him under the bus and he’s now on the hock for all his friend’s debts which seem to belong to a shady underworld kingpin by the name of Anderson (Michael Douglas). Anderson offers him a way out – he can win it all back and more if he agrees to submit himself to a high stakes game of chance way out in international waters aboard a disused warship called “Destiny”.

Describing himself as “crazy”, Kaisi has a strange fascination with clowns which extends past his occupation and directly into his psyche. Imprinted with a violent kids’ cartoon in which a vigilante clown metes out justice with a smile during a traumatic childhood incident, Kaisi feels as if there is a clown trapped inside him which wants to come out at moments of intense emotionality. Floating away in flights of fancy, he reimagines his enemies as weird space creatures and sees himself cut them down with twin samurai swords in the cramped environment of an otherwise empty subway car. Reality and imagination become blurred as we watch Kaisi run through a scenario in his head only to cut back to the “real” world where he more often than not decides to let things go. Despite his internal crazy clown, Kaisi is a defeated and passive figure who has been drifting aimlessly without hope or purpose, too afraid even accept the affection of his childhood sweetheart Qin due to his internalised insecurity regarding his lack of financial stability.

Dealt a bum deal by life, Kaisi has been relegated to an oppressed underclass with little chance of escape. He is, however, honest and pure hearted unlike his dodgy real estate broker friend, Li Jun. “Destiny” becomes a microcosm for exploring the evils of capitalism as the players quickly realise that they are only involved in a sub game – while they risk their lives at the gaming tables, the fabulously wealthy are busy betting on them from behind two way mirrors. Shady impresario Anderson gives a rousing introduction to proceedings, but pointedly omits to add anything about cheating. Cheating is not just allowed, it is encouraged, to a point at least, and playing the angles strongly advised. Games of chance are never quite just that and Kaisi’s finely tuned mathematical brain finally gets an excuse to kick back into action after a long period of wilful indolence.

Repeatedly, Kaisi is told that “loyalty” means nothing in this “animal world” where the only thing that counts is “profit”. While he is good hearted and originally taken in by the schemes of others, he is not naive and is able to see the “animal world” for what it is even if he refuses to become a full part of it. Maintaining his faith in the power of friendship proves to be a mistake, but still Kaisi realises that he’d much rather be a “clown” ridiculed for his principles than a soulless mercenary who’d sell out a friend for money. His attitude perhaps stands in stark contrast to those around him who’ve each found themselves at the Destiny for different reasons, some more eager than others to give in to their desperation. A mild critique of the heartlessness of a fiercely competitive society and its inbuilt societal inequalities, Animal World is a beautifully designed, surreal and anarchic tribute to fighting the good fight even if everyone else thinks you’re a “crazy clown”.

Animal World is released in UK cinemas from 29th June courtesy of Cine Asia. Check out the official website to find out where it’s playing near you including screenings across Europe and the rest of the world!