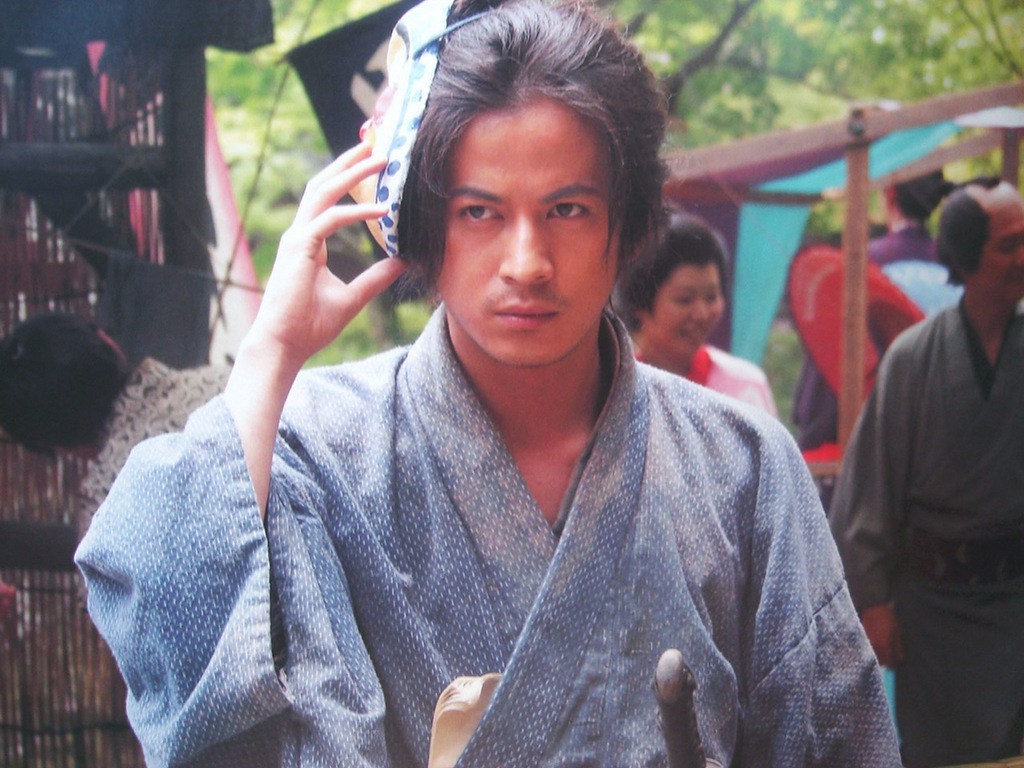 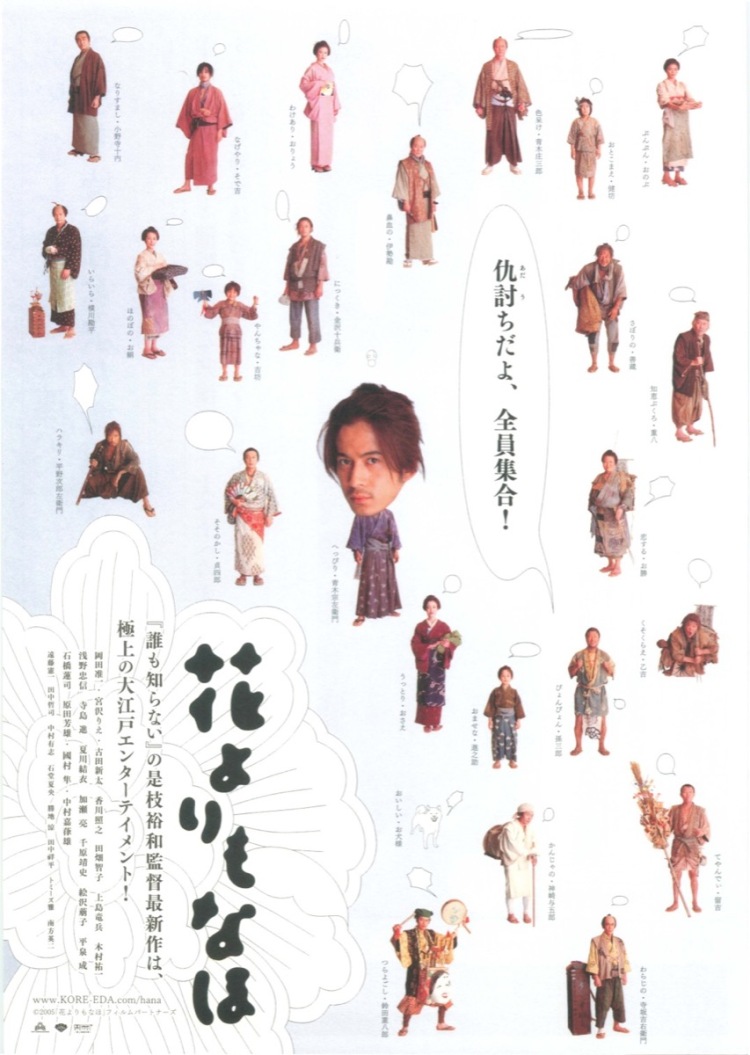 The heart of the samurai movie lies in the conflict between human feeling and duty to one’s code, unexpectedly the code usually wins but its victory is often tragic. Following a series of bleak modern dramas, Hirokazu Koreeda took his first (and so far only) foray into the jidaigeki with Hana (花よりもなほ, Hana yori mo Naho), stopping to ask if the entirety of the samurai ethos was founded more on pride and a sense of entitlement than a supposedly high ideal of honour of justice, and if perhaps the negative legacy of the samurai era is one that continues to be passed on through toxic masculinity and the patriarchal primacy of problematic fathers.

Set in 1702, the action revolves around noble hearted samurai Soza (Junichi Okada) who has been living in a rundown tenement ally for the last three years looking for the man who killed his father in a pointless quarrel over a game of Go in order to avenge his death. Despite being a fine samurai and heir to a dojo, Soza’s big secret is that he’s not much of a swordsman and is also tenderhearted which leaves him doubly conflicted in his mission. Unwilling to admit he has simply come to like living among these “ordinary” people, and most particularly alongside the widow Osae (Rie Miyazawa) and her young son Shinbo, Soza has perhaps begun to slack off and no is longer looking very hard for his quarry, willingly allowing himself to be conned into buying meals for the cheeky Sado (Arata Furuta) who already has tabs running all over town.

Unlike the majority of samurai tales, Koreeda deliberately shifts the focus to the poor – routinely oppressed by an unscrupulous landlord who has even taken to selling their excrement for extra money just to make sure they are as thoroughly exploited as possible. These people exist so far out of the samurai world that it might as well not exist for them and its rules are nothing more than a ridiculous affectation when your primary concerns are how to keep yourself fed for the day and make sure your house doesn’t suddenly fall down while you’re out. These facts are well and truly brought home to Soza when, knowing he has little chance of winning anyway, he is challenged to a fight by jaded street punk Sode (Ryo Kase) who is keen to prove to little Shinbo that dojo skills mean nothing in the real world. Soza gets a pounding, but somehow wins people’s hearts anyway if only for being so easily humiliated and bearing it with good grace.

Lessons to little Shinbo, who has figured out his father is probably dead but worries that maybe his mother still doesn’t know, becomes a persistent motif as Koreeda embraces his favourite theme – good fathers and bad. Soza’s samurai code pushes him towards martial rigour and the necessity of obeying his father’s wishes which in this case would be hating the man who killed him and avenging his death. Hate is, however, something the fair-minded Soza finds difficult even if he seems to have a fair amount of inner conflict towards his father whom even his cheerful uncle describes as a joyless prude. Osae, sensing Soza’s inner pain, points him in the right direction in remarking that if all his father left behind for him was hate then that legacy would be too sad. Eventually, Soza remembers that there were other things, better things, that his father taught him and that he could pass on to Shinbo which aren’t about pointless cycles of revenge killing and century old grudges. He can honour the spirit of his duty without having to obey it to the letter.

Meanwhile, Koreeda deliberately contrasts Soza’s gradual confidence in his humanitarianism with the stubborn pride of the 47 ronin who are also hiding out in the tenement ally while they bide their time waiting to strike. Soza manages to effect his “revenge” with some theatrical subterfuge, whereas the 47 (well, in the end 46) ronin take theirs for real but not altogether honourably and end up becoming legend overnight, earning the tenement a brief reprieve after the landlord threatens to close it down through becoming a tourist spot. The title, apparently inspired by the death poem of Lord Asano whose seppuku triggered the series of incidents later retold as the legend of the Chushingura, alludes to the nihilistic pointlessness of the samurai ideal of a death as elegant as falling cherry blossoms, later imbuing it with earthier, warmer wisdom as an unexpected fount of profundity affirms that the reason cherry blossoms fall so beautifully is that they know they will soon bloom again.

Hana was screened as part of an ongoing Koreeda retrospective playing at the BFI Southbank in April and May 2019.