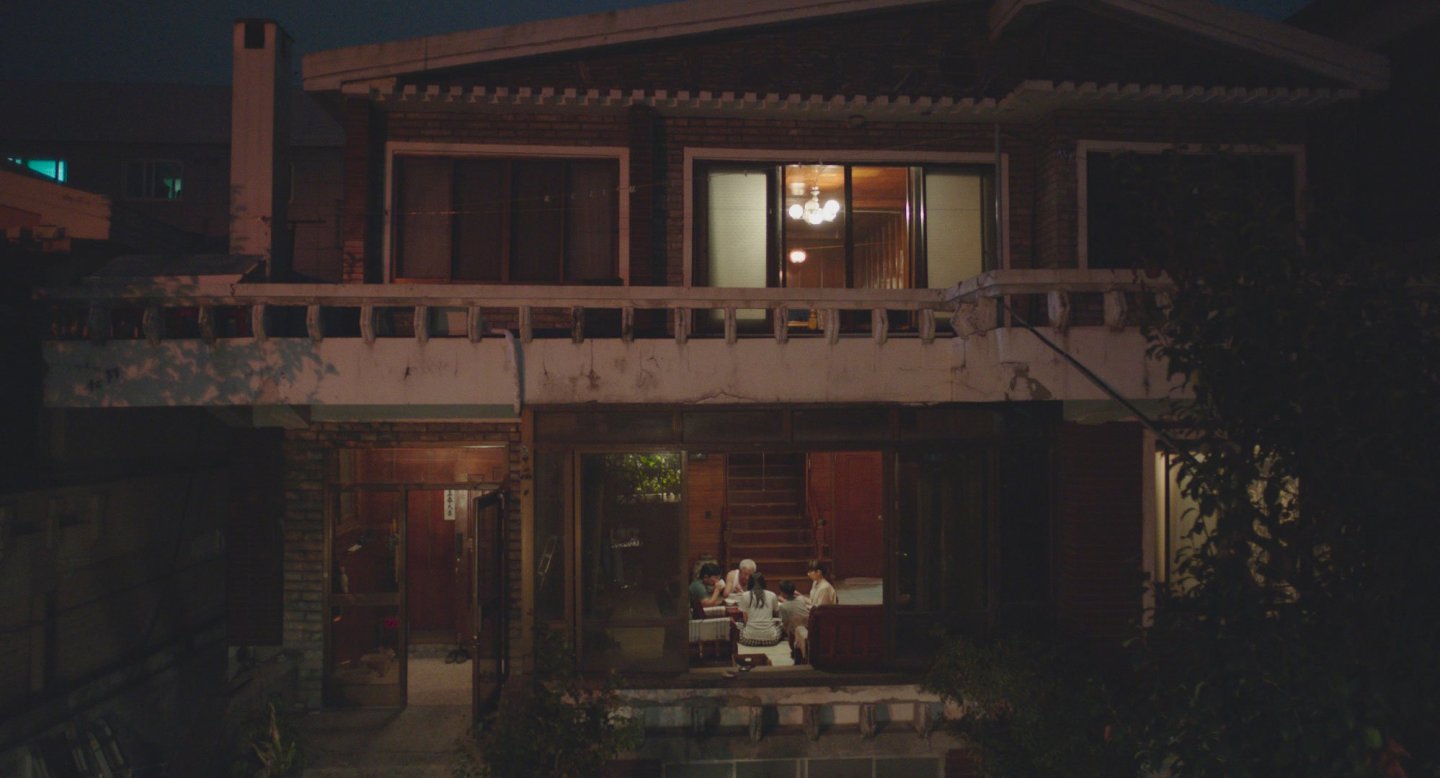 Life is a series of partings, but somehow they never seem to get any easier. The heroine of Yoon Dan-bi’s award-winning debut feature Moving On (남매의 여름밤, Nammaewui Yeoreumbam) seems to have already developed a healthy sense of nostalgia for an irretrievable past despite her young age, acutely aware of her silent grandfather’s aching loneliness though somehow unable to ease it. Yet it’s the complicated business of family that she finds herself sorting out one difficult summer while temporarily displaced, living in a sense in the past as her equally lost father attempts to rediscover some kind of foothold in the modern society by moving back into his childhood home.

Teenage Ok-ju (Choi Jung-un) takes one last look around her old apartment before her dad Byunggi (Yang Heung-joo) drives them to grandpa’s, a place and indeed man she doesn’t know particularly well. In fact, she’s worried he might not even know they’re coming. When they arrive, it turns out grandpa isn’t there, he’s in hospital after being struck down by heatstroke. As they will every other time we see them bar the last, Ok-ju and her younger brother Dong-ju (Park Seung-joon) enter the house alone, waiting patiently for their father to come back while still not really quite at home, fearful of causing a disturbance in an unfamiliar environment. When they finally return it seems as if Ok-ju’s hunch might have been right, her father asks grandpa for permission to stay to which he merely gives a few words of assent.

Byunggi paints their stay as something like a summer holiday, which it is in a way, a brief moment of pause while they figure out what to do next. What he hasn’t told the kids is that he’s broke, selling factory second sneakers on the street in an unsuccessful attempt to make ends meet while he studies to pass an exam to get a better job. They’re piling into grandpa’s two-bed, two-storey home because they don’t have money for rent. Yet like any teenage girl Ok-ju has the usual worries. She wants $700 from her father for cosmetic surgery, partly as she later explains to her aunt Mijung (Park Hyun-young) because the boy she’s been seeing only texts her when she texts him leaving her feeling insecure in her looks and mistakenly believing he’d be more proactive if her eyes were more generic. Later she swipes a pair of her dad’s trainers to give to him as a birthday present, trying to buy his attention, and then another trying to sell them to get the money her dad wouldn’t give her not realising the trainers are fake. The awakening she gets is then two-fold, firstly that she made a huge mistake turning to crime and secondly realising that her dad’s a fraud, a failed businessman who’s resorted to peddling knock offs and moving back in with his father because he can’t support his family.

Meanwhile, she’s still harbouring a great deal of resentment towards her absent mother who has for unknown reasons left the family. She argues with her cheerful brother Dong-ju who still wants to maintain contact with her, angrily accusing him of having no pride when quite the reverse is true. It’s she who is too proud to admit she misses her mother and too hurt to forgive her for her abandonment. She rejects Dong-ju’s right to choose for himself, insisting that he shouldn’t see their mother because she doesn’t want to, trying to enforce sibling solidarity but only further driving a wedge between herself and her brother as she reduces him to tears in the absurdity of her misplaced rage. With father and mother both discredited, only the arrival of aunt Mijung provides an alternative source of adult reliability but aunt Mijung has problems too, sneaking out at night to drink and smoke while contemplating a middle-aged divorce from her possibly abusive husband.

There’s an odd kind of symmetry in the secondary family that is thrown together at grandpa’s, Ok-ju and Dong-ju younger versions of Byunggi and Mijung living in their childhood home now cast in the parental roles if somewhat awkwardly. They have each in a sense failed, Byunggi unemployed and separated from his wife and Mijung heading for a divorce. They’ve come “home” to be children again, get a reset on middle-aged disappointment while contemplating future loneliness as they consider the problem of grandpa, asking themselves if he might not be better off in a home as his health declines especially after the kids go back to school and they’ll need to hire a carer. Mijung wants to sell, but it’s impossible to sort the desire to do right by dad from the material lure of turfing him out his own house to unlock its hidden equity. Figuring out what’s going on, Ok-ju is further disappointed in her father. After all, it’s just not right. But he fires back at her that stealing his dad’s house out from under him isn’t so different from what she did when she took the shoes, which is a point but maybe not the one he thinks he’s making.

Still, sometimes events can overtake you. Walking downstairs late one evening Ok-ju is struck by the sight of her grandfather sitting sadly alone listening to a melancholy song from his youth about lost love, overcome with nostalgia and a deep sense of loneliness, a longing for something or someone perhaps the family of bygone days. The Korean title, “a brother and sister’s summer night”, has its sense of poignancy too as the pair are forced to contemplate summer’s end, processing loss as they adjust to the new normal of their unusual family circumstances Ok-ju finding an adult accommodation with disappointment as she prepares to “move on” from this summer interlude into a much less certain world. Shot with warmth and naturalism, Yoon’s debut captures a family on the brink of disintegration but does perhaps find a kind of solidarity in the siblings’ self-reliance as they face the summer night alone but also together.

Moving On streamed as part of this year’s New York Asian Film Festival.