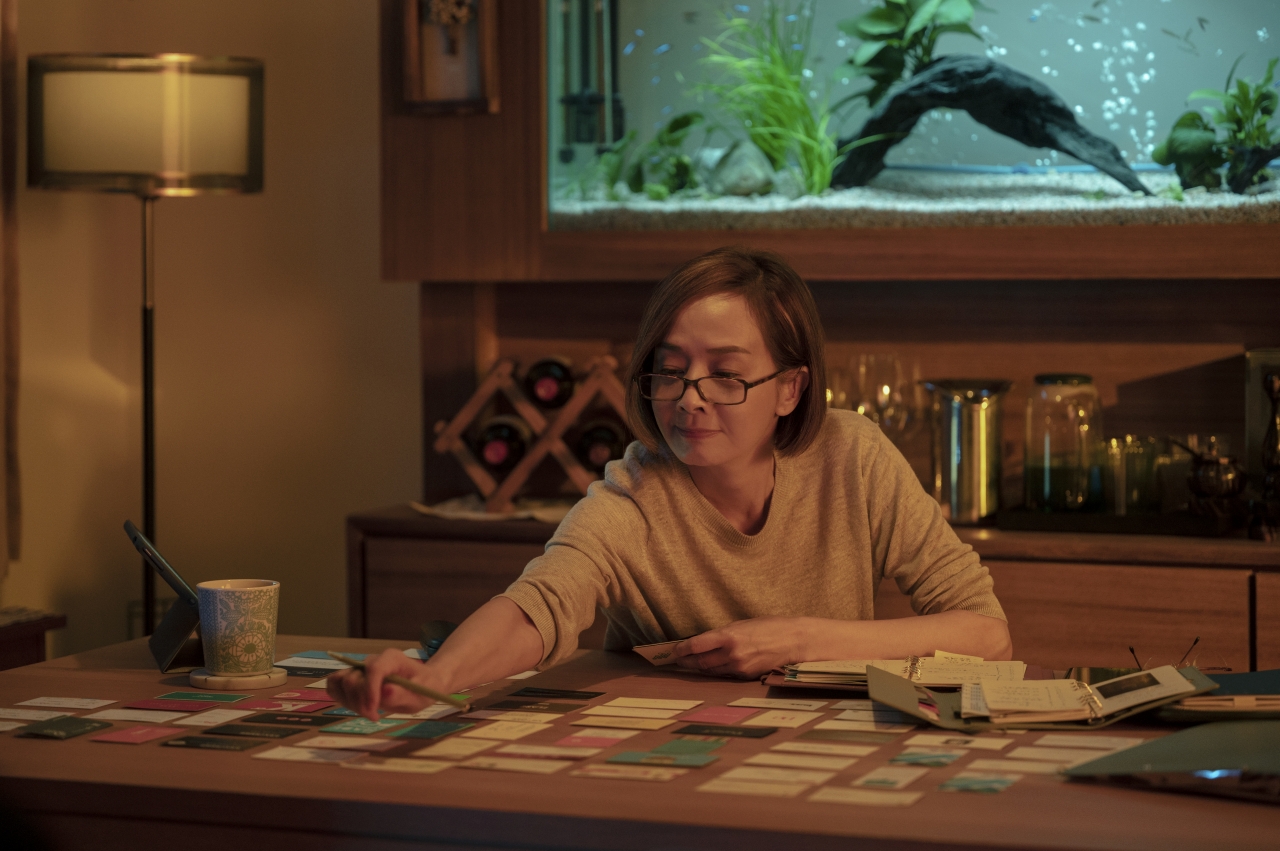 A middle-aged woman finds her desire to take back her life after the failure of her marriage frustrated by her teenage son’s resentment and the lingering patriarchal social codes of the contemporary society in Kearen Pang’s familial dramedy Mama’s Affair (阿媽有咗第二個). The “affair” of the title is an ironic take on her new maternal relationship with a young man she takes under her wing framing it as in a way cheating on her son which is clearly the way he feels about it, while it’s clear that some still view her desire to find fulfilment outside of her role as a wife and mother as a betrayal of her family.

Before her son was born, Mei-fung (Teresa Mo Shun-kwan) was a top talent manager at a record label but gave up her job at her husband’s insistence after suffering a miscarriage. With her son, Jonathan (Jer Lau of boyband Mirror), about to graduate high school and hoping to get into Cambridge University, she decides to re-enter the world of work but soon discovers that those she once helped in their careers are not necessarily keen to repay the favour. An old associate more or less laughs her out of the room suggesting she’s simply too old for the music business and recommends she join another old friend at his music company which turns out to be a school for small children. She takes the job anyway and quickly bonds with the two younger employees who introduce her to Fang Ching (Keung To of boyband Mirror), a young man with a prodigious talent for song and dance that has Mei-fung thinking of getting back into the management game.

Though Jonathan had mostly reacted with indifference to his mother’s decision to return to work, claiming that he’d long wanted more independence anyway, he can’t seem to let go of a sense of resentment towards Ching which is compounded by his confusion surrounding the status of his parents’ marriage which it seems had long gone cold. His father Yan has moved out and though Jonathan doesn’t know it is having a baby with an old friend of his mother’s all of which informs his feelings of displacement as if he’s been pushed out of the family circle fearing that Mei-fung has gone out and got herself a new son who admittedly seems to appreciate her more. Displaced from his own family by tragic circumstances, Ching does indeed value the small things Jonathan has begin to resent in teenage angst yet is also unexpectedly sensitive and mindful of the ways in which his relationship with Mei-fung and presence in the household may be affecting Jonathan who is still struggling to come to terms with his parents’ decision to end their marriage without even really telling him.

In an another ironic note it’s Mei-fung’s maternity which is positioned as her key strength as a manager, quietly lending support and encouragement that allows Ching to reach his full potential. On Ching’s arrival to the studio a mother had come in to the school with her young son who was bawling his eyes out because he wanted to join a dance class but the mother wouldn’t let him because she said he was too fat and would only embarrass himself only to be proved wrong when Ching invites him to try out on the dance floor demonstrating both the damage that can be done by a judgmental parent and the positive influence of an actively supportive environment. While Mei-fung keeps telling Jonathan he needs to learn to look after himself, she patiently nurtures Ching and eventually encourages to him sort out his complicated feelings towards his family while helping him achieve his dreams as an artist.

In some ways, Mei-fung never really transcends the role of mother or escapes the tendency to define her role in relation to the two boys while somewhat resentful of all she was forced to give up because of the patriarchal, authoritarian mindset of the husband who later left her for a younger woman. Jonathan and Ching eventually sort things out through a good old fashioned fist fight generating a kind of brotherhood that leaves each of them equally displaced but also finding firmer footing more secure in their roles and relationships. “No one can handle everything alone” Ching wisely advises, as each of the trio develops a kind of independence founded on mutual solidarity, Mei-fung reclaiming her right to an individual life while giving each of the boys the courage to go off and pursue their destinies through the superpower of maternal love.

Mama’s Affair is in UK cinemas from 19th August courtesy of CineAsia.