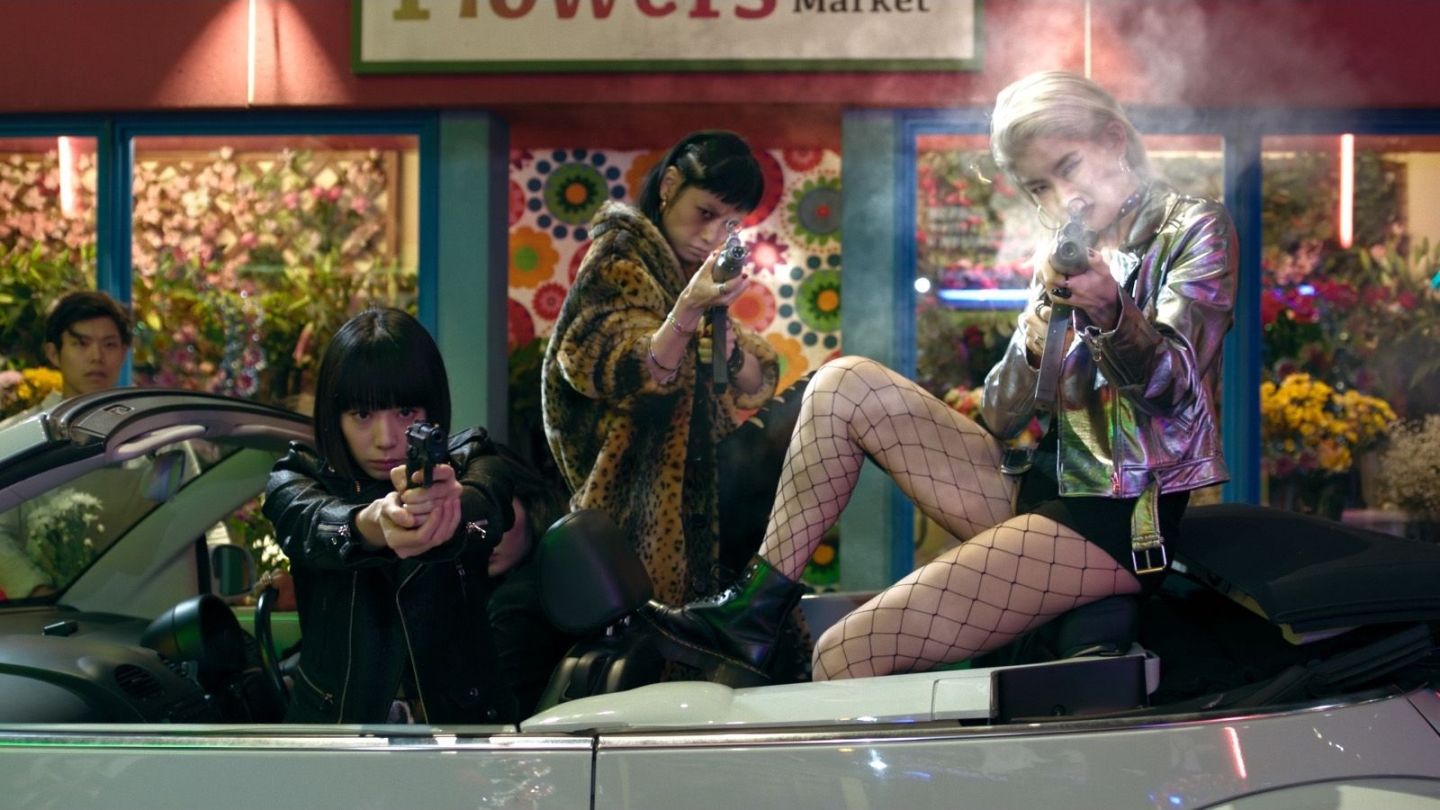 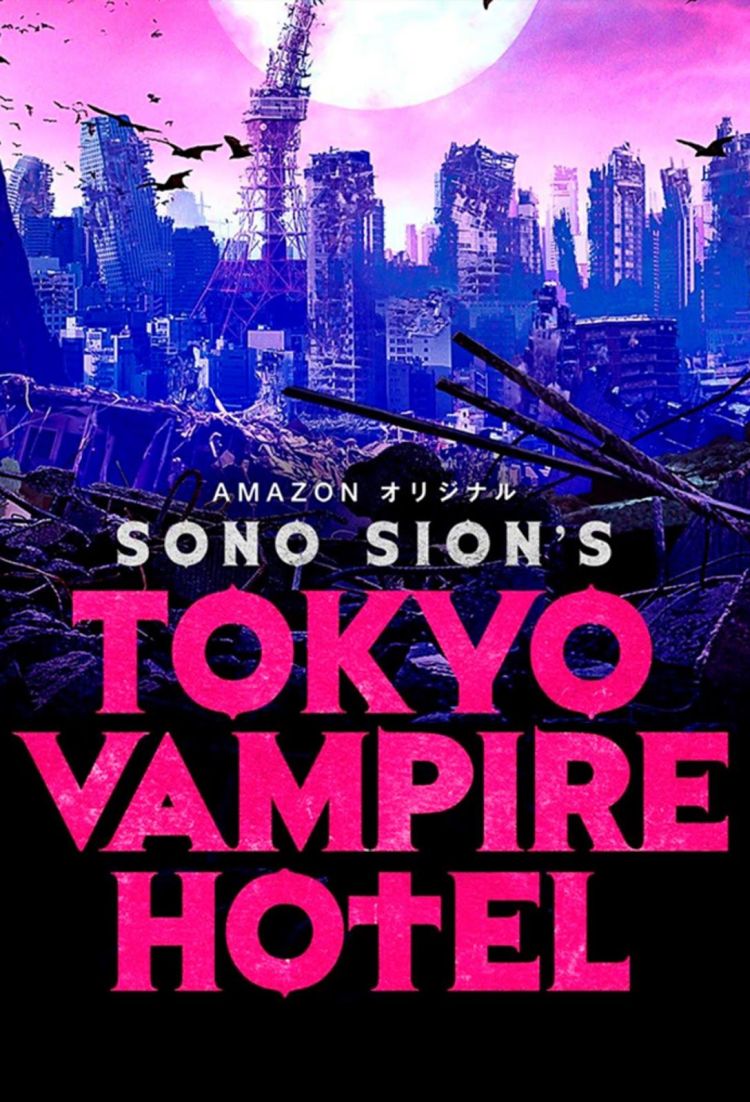 Abridging a work of fiction can be a taxing task. The job of a judicious abridger is the use their own judgement to reduce a larger work to its most essential elements either for those who, for one reason or another, need a more immediate digest or for those looking for greater accessibility. When it comes to a work of art, abridgement can be a dubious task and, unfortunately, the temptation is simply to excise the “best bits” shorn of all the “heavy stuff” and supporting material. Sion Sono who had been in a particularly prolific phase was given something of an unusual opportunity in creating Tokyo Vampire Hotel (東京ヴァンパイアホテル) – a chance to do as he pleased with a sizeable budget to create a television series for Amazon Prime, which is to say marrying mainstream commercial concerns with idiosyncratic artistry. The 6.5hr, eight episode, series was released via the streaming platform in June 2017 (initially in Japan only with international streaming available a few months later) but Sono also took the step of creating a 2hr22min feature length cut for film festival distribution.

The titular Tokyo hotel is the lair of a sect of modern day vampires. As a long prophesied war between rival clans – the Corvins in Japan and the ancient Draculas of Romania, brews, the Corvins have engineered a plan to lure lonely unsuspecting Tokyoites to an exclusive singles mixer where they will not only be given a sizeable fee for attending but also tempted with the possibility of meeting the love of their life, never suspecting that all this is too good to be true and they are really being recruited for a kind of blood farm to feed the various appetites of their bonkers captors.

Meanwhile, “the chosen one”, Manami (Ami Tomite), is about to come of age. Born during an “auspicious” alignment of the stars, Manami is one of three children given special vampire blood and thought to be all powerful, species saving hybrids. As such she is wanted by every side and is eventually “rescued” from a massacre at a restaurant by ice cool vampire K. (Kaho) – a Japanese vamp currently working for Dracula.

It has to be said that Sono’s original TV cut is extremely convoluted and initially confusing. The hotel, a Japanese vampire hub, is connected to the vampire capital in Romania by a magical tunnel with the narrative flowing freely between both spaces. What we lose in condensing to feature length is the entirety of the extensive back story with the consequence of shifting the focus from the protagonist of the TV series, Manami, to the more exciting figure of second lead K. whose gradual disillusionment with becoming a puppet in someone else’s revolution coupled with romantic heartbreak eventually reawakens her sense of “humanity” as she becomes committed to “saving” Manami from becoming yet another slave to the Dracula cause.

Meanwhile, Sono satirises modern Japan’s ambivalence towards romance as a collection of youngsters are forced into an extreme situation in order to successfully couple off and form a “traditional” family solely to satisfy the demands of a bunch of vampire overlords standing in for a bloodsucking state. Yamada (Shinnosuke Mitsushima), the conflicted hero of the Corvins who longs for escape from his unwanted immortality and an egotistical, individualist world harbours intense resentment towards his own “hypocritical” father who “sold” him to the vampires as a baby in return for various favours by which he has now become the “Romantic Party” Prime Minster of Japan preaching traditional family values and a “wholesome” future for the little children who otherwise face a difficult existence in a country which has “lost its way”.

Sono doubles down on his usual sense of romanticism as his flamboyant vampires adopt an oddly foppish, Regency era aesthetic whilst speaking in a deliberately theatrical manner filled with bold philosophical statements and a florid sense of repressed melodrama. Harking back to Bad Film – another attempt to reorder extensive footage into a narratively cohesive whole, the conflicts are often about love more than death with suffering and sorrow marking the lives of our gloomy immortals, oppressed by their own inability to transcend their natures and find the escape they so desperately crave.

Sono seems to reemphasise their unhappy fates by engineering an altogether different, infinitely abrupt ending which, in contrast to the TV drama, hands the victory back to the people but does so in historically uncomfortable fashion as the victorious hotel guests revel in acts of atrocity against their captors which are framed as a kind of genocide and accompanied by stills from violent classical paintings featuring scenes of unbridled carnage. A contrarian to the last, Sono mutilates his own endeavour and then frankensteins it into something else, twisting his own words and tying himself in knots in the process. Viewers seeking clarification would be well advised to invest their time in the 6.5hr experience rather than opting for the convenient shortcut of an edited version, but there is certainly plenty to ponder in Sono’s truncated tale of love and death in post-Olympic Tokyo.

This review refers to the theatrical cut of Tokyo Vampire Hotel which was screened as part of the Fantasia International Film Festival 2018. You can also stream the original TV drama in most territories via Amazon Prime.

Trailer for the TV drama (no subtitles)