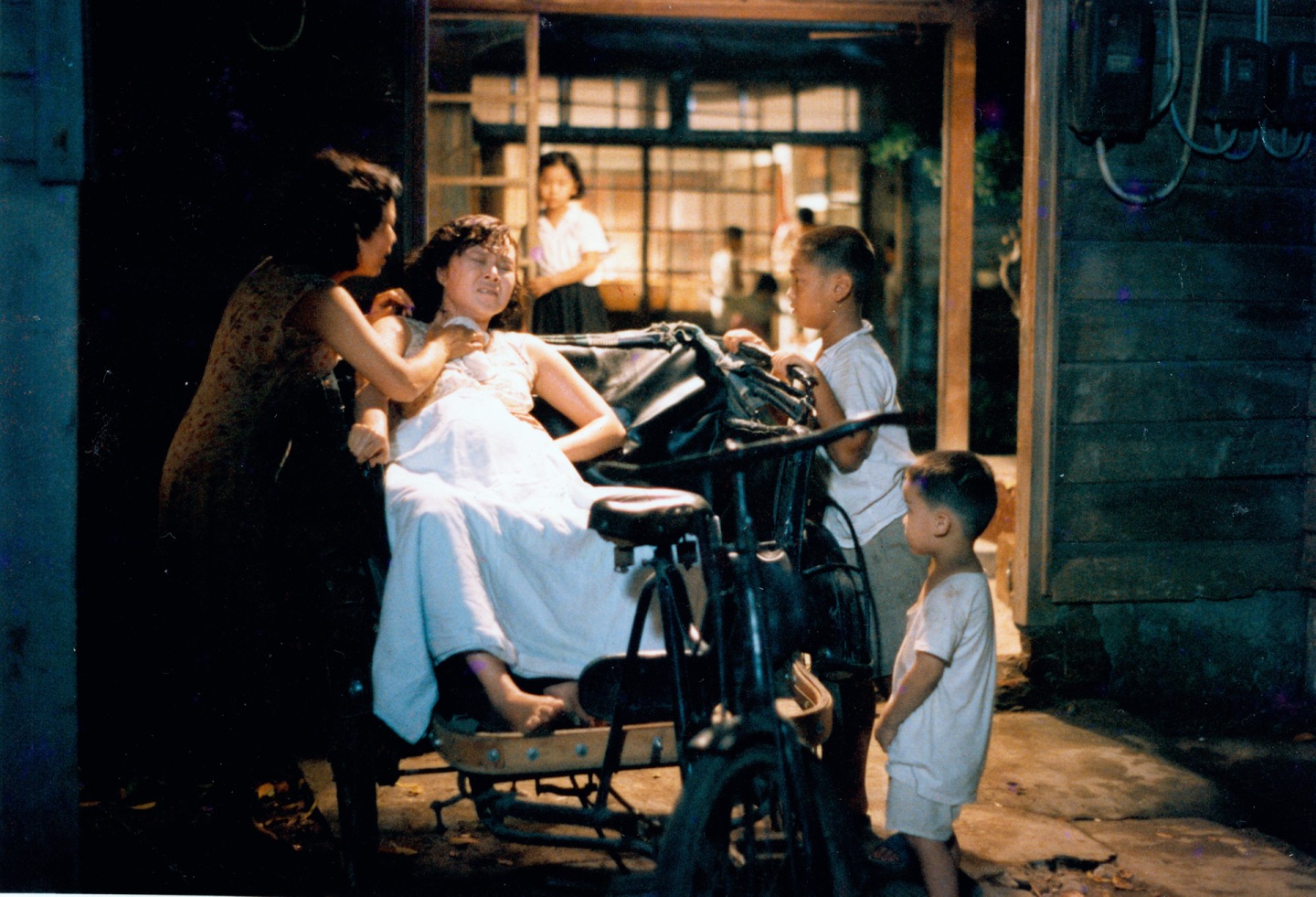 “Why are women always being tolerant?” a middle-aged, unmarried daughter asks her mother uncertain why she stoically put up with everything she did as if she had any other choice. As the title implies, Chang Yi’s Kuei-Mei, a Woman (我這樣過了一生, Wǒ Zhèyàng Guò le Yīshēng) , based on a book by his then wife Hsiao Sa, is the story of one ordinary woman though one who perhaps stands in for that of her nation undergoing a period of rapid change from post-war penury to comfortable prosperity in a little more than 30 years which is in essence a generation.

Kuei-Mei (Loretta Yang Hui-shan) leaves Mainland China during the chaos of the civil war and escapes to Taiwan with her cousin. Living in limbo, neither of them intended to stay very long and assumed they’d one day be going home. Nevertheless, there are things which must be done, which is why Kuei-Mei finds herself gravitating towards an arranged marriage with a widowed father of three, Hou (Lee Li-chun), another Mainland refugee with a steady job as a waiter in a restaurant run by a foreigner. For lack of other options, Kuei-Mei decides to become Hou’s wife, but unbeknownst to her, he has a serious gambling problem that continually endangers their family and eventually loses him his job. Shackled to an irresponsible man, it’s Kuei-Mei who has to shoulder the responsibility of trying to keep the family together but in the end she can save it only by breaking it apart, accepting a job as a housekeeper to a wealthy couple who are moving to Japan taking with her only two of her five children, one of the twins she bore herself and Hou’s oldest boy who struggles in the Taiwanese educational system.

As a middle-aged, modern woman, Cheng-fang, Hou’s oldest daughter, asks her step-mother why she chose to forgive her father, returning after having left him on discovering that he had fathered a child with another woman. Kuei-Mei doesn’t have much of an answer for her, we can infer she returned because the children needed her and she couldn’t support them alone, but wonders if her unhappy marriage is the reason Cheng-fang has remained single. Contemporary women have other options, they need not stoically resign themselves to passive suffering as the women of Kuei-Mei’s generation were expected to do. None of the marriages we see are particularly happy, from that of Kuei-Mei’s cousin and her husband whose constant arguing pushes her towards a marriage of her own to escape the awkwardness of being a guest in their home, to the wealthy Weis in Japan who again argue constantly because, the servants gossip, of a patriarchal power imbalance. Mr. Wei is dependent on his wife’s family for influence and advancement, but humiliates her through his infidelity while she feels trapped, fearing the humiliation of middle-aged divorce may be even worse. Again it’s a desire to escape the awkwardness of the Weis, along with the “humiliation” of living as mistreated servant, that motivates Kuei-Mei to leave their employ to work illegally in a restaurant in the hope of earning higher wages in order to return home and open a restaurant of her own.

Kuei-Mei’s determination is in a sense to be her own boss, though the level of autonomous independence she can achieve is perhaps limited by the patriarchal society in which she lives. Nevertheless, she works hard to achieve it despite being tied to the dead weight that is Hou who can only drift along behind her, waiting tables in the restaurant she eventually sets up which is named after a street in the Shanghai she left as little more than a teenager. As an old woman she receives a letter from the man she was engaged to in her village, a sudden reminder of the life she could have had, all her youthful dreams of romance sacrificed on the altar of pragmatism in her marriage to Hou. But despite all the difficulty she remains surrounded by the family she secured through her maternity, even if the grown-up children all dream of lives abroad, scattered by the glittering prizes of a newly prosperous era.

Late in life walking with Cheng-fang, Kuei-Mei passes the place where her twins were born, an elegant tower block replacing the tenement where she first lived with her cousin after arriving in Taipei. Her rise mirrors that of her country, patiently working hard to make something of herself in turbulent times, unrecognised by the world around her, but emerging with quiet dignity in her ability to bear her sorrow with grace as she determined to build a better future for her children. Her life has, however, been hard and its costs are visited directly upon her at its end, the ills of the modern society ironically symbolised in a cancer of the womb in a woman whose triumph lies in her maternity. A social realist epic filmed with a studied detachment, Chang’s hugely empathetic biopic of the everywoman has only a profound respect for stoic suffering while quietly resentful of the society which demanded it.

Kuei-Mei, a Woman streams in the UK 18th to 27th September as part of the Taiwan Film Festival Edinburgh.