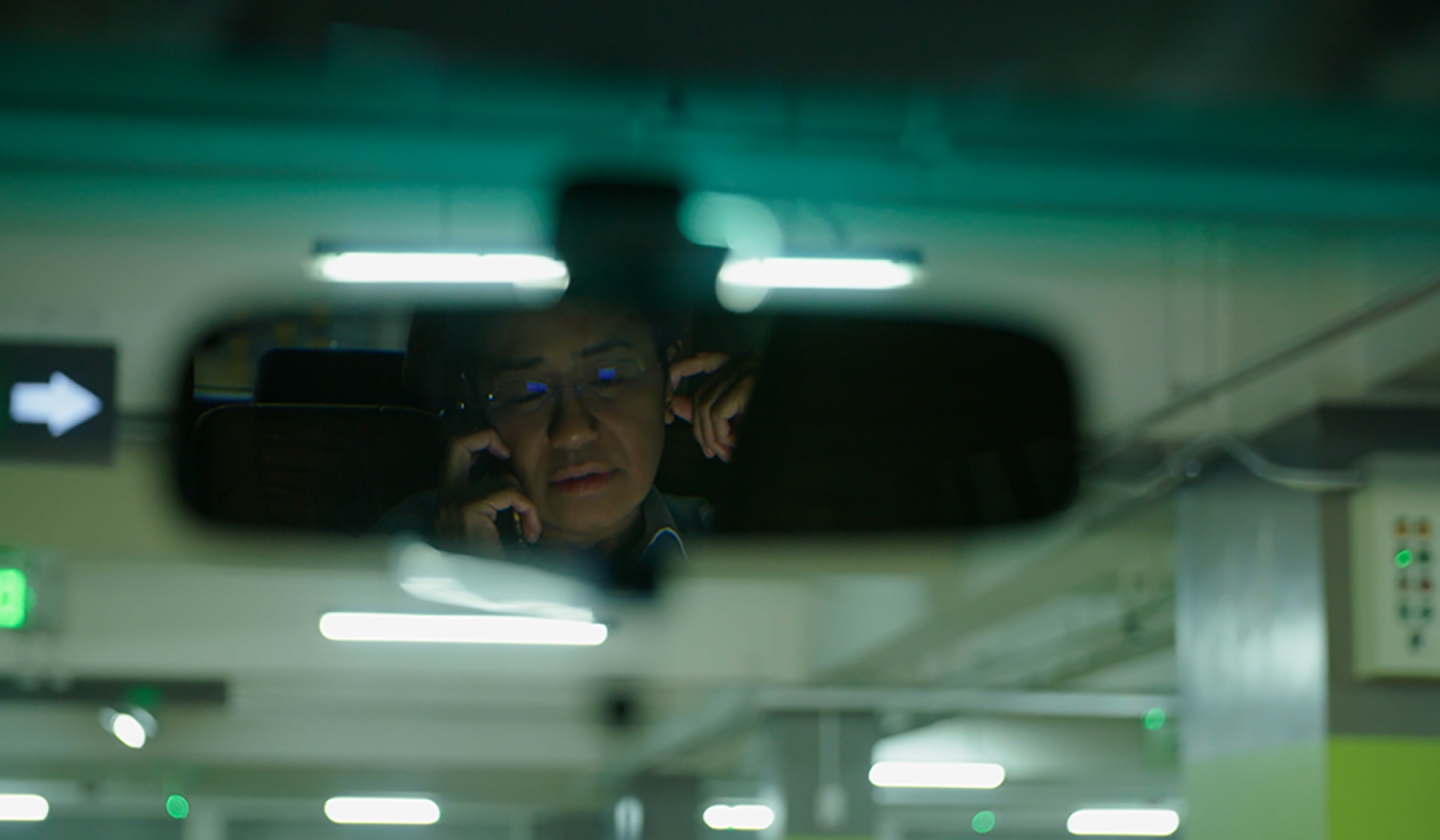 “Your concern is human rights. Mine is human lives” President Rodrigo Duterte disingenuously intones as part of his State of the Nation address, as if in the end they weren’t the same thing. Ramona S. Diaz’ clearheaded yet incendiary documentary A Thousand Cuts follows unfazable journalist Maria Ressa, head of online news site Rappler as she finds herself firmly within the president’s sights for her determination to challenge his “fake news” only to be accused of the same herself. Yet Ressa refuses to back down, holding the line even in the face of extreme threat to her person ranging from spurious prosecution to attempts to intimidate serious enough to have her wearing a flack jacket while travelling only by official car.

As Ressa points out, the danger is not unique to the Philippines though through her investigations we see her map out the networks of bots and bad actors that allowed populism to prosper through social media, the most online nation apparently a guineapig for geopolitical manipulation. Remarkably even-handed in her presentation, Diaz introduces us to Ressa’s opposite number in Mocha Uson, a former pop idol turned rightwing blogger ensconced in the Duterte camp but scoffing at the idea her job is to spread pro-Duterte propaganda. Like fellow candidate Bato, a former police chief turned head of corrections, she likes to put on a show, a series of K-pop-style dance routines praising the president gracing her social media feeds. Cheerful scenes of dancing and celebration are directly contrasted with the disgruntled face of a female opposition candidate appearing directly below them as if in disapproval of their frivolous merrymaking.

Then again, the problem is the president is often overly “honest”, casually implying that he has personally killed and has no qualms doing so again as Ressa attempts to question him as if he were an ordinary politician. He is crass and sexist, constantly boasting of his sexual prowess at the podium while emphasising his virility,  literally playing the macho strongman, yet even as he says directly that he will kill people keep supporting him presumably believing that he means he’s going to kill other people but not them. One older woman even gets up to a mic at an event where Ressa is speaking to point out that the extra judicial killings may be awful but her pension’s gone up and she personally feels quite safe as someone unconnected to drugs so she struggles to see what the problem is. Meanwhile, the reporters recount the personal toll covering the killings can take on them as they witness the bodies lining the streets, discovered by wailing relatives protesting that their sons, husbands, and brothers were good people who didn’t deserve to die this way, not that anybody does. Not so much a war on drugs as a war on the poor, but populist politicians don’t hang on to their power by making things better, only by making them worse and then blaming someone else.

Simply by reporting on the injustice of the killings, Ressa becomes a figurehead for the hate directed against Rappler and other news organisations prepared to challenge the president’s narrative. We see him humiliate a young reporter, answering her questions with an accusation of a lack of patriotism, before having her excluded from government briefings. The reporter later breaks down, revealing the strain placed on her by constant paranoia not just of becoming a direct target for government action but that she may someday make a mistake that would be used heavily against her. Yet she too is buoyed by the relentlessly positive presence of Ressa who refuses to be cowed, insisting that it’s not too late and that hope will win in the end. Don’t be afraid, she insists in the face of Duterte’s mantra that there must be fear, violence is his strength. Yet as the film’s title implies, the death of democracy comes in a thousand tiny cuts rather than a single blow, the cornerstones of accountability quietly chipped away while our attention is pulled in a thousand different directions. The parallels are obvious, populism on the march all over the globe, but there are at least those like Ressa willing to speak truth to power no matter what power might do to stop us listening.