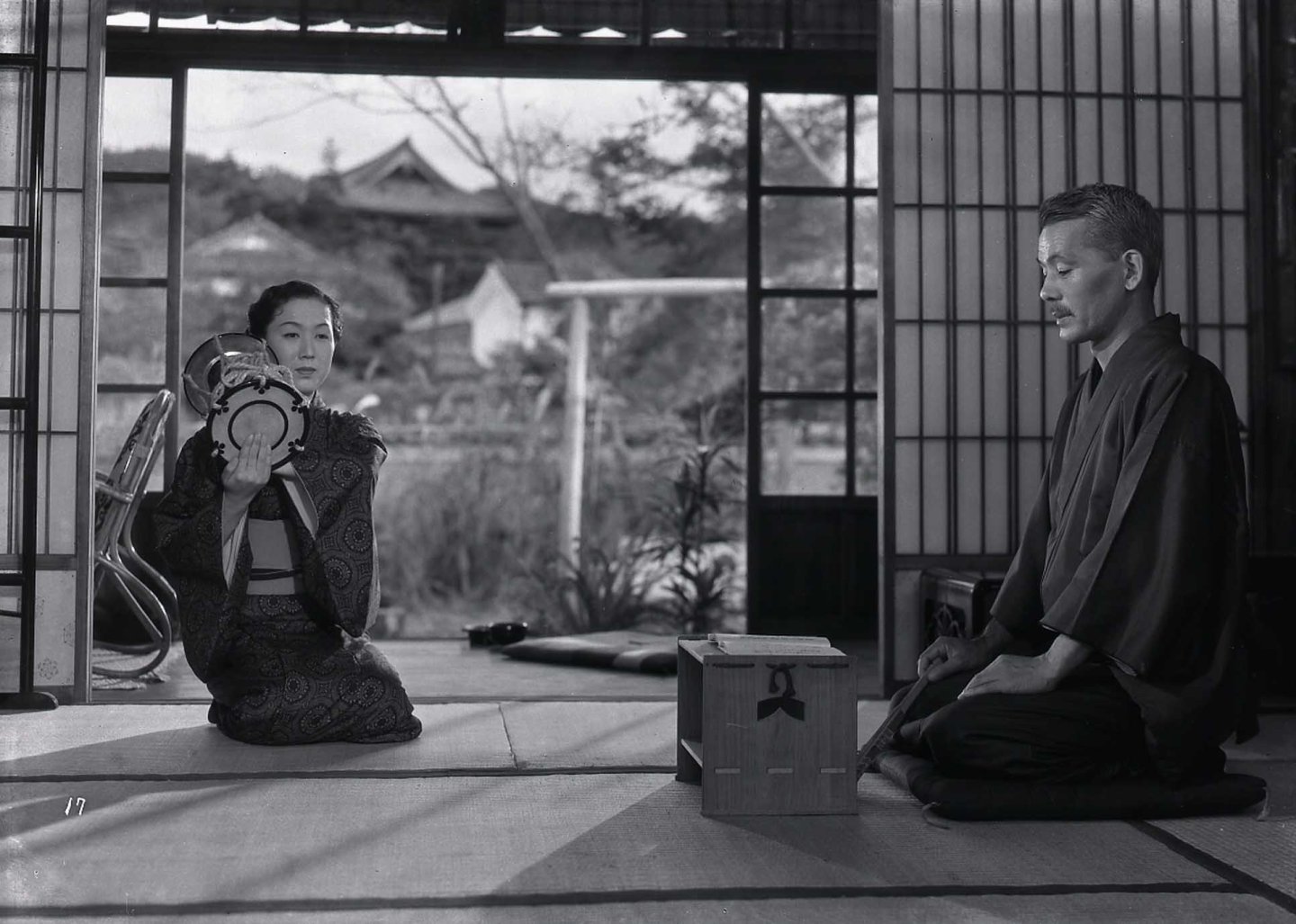 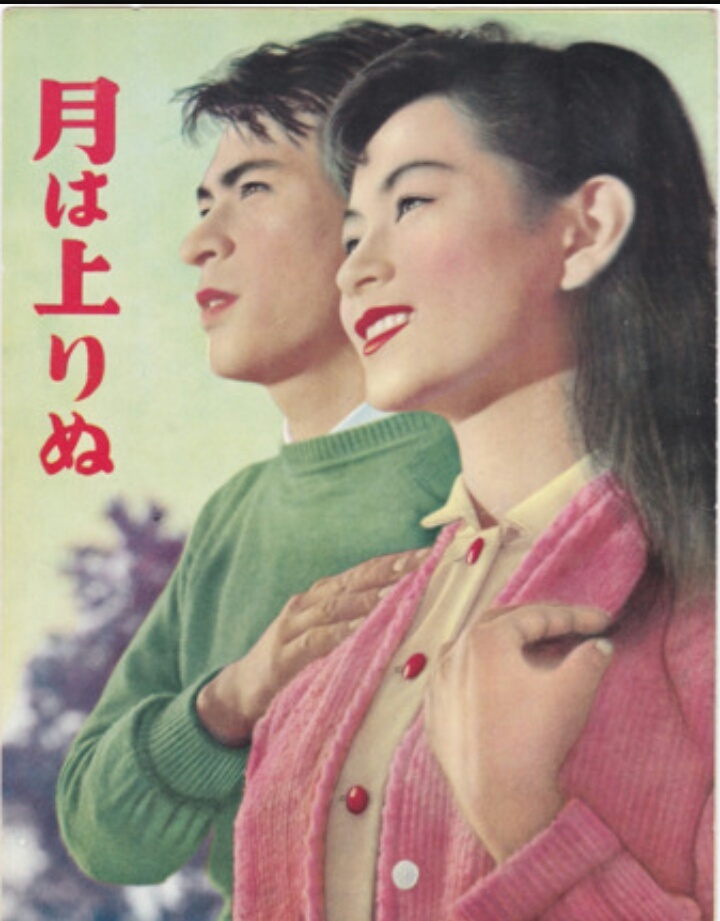 One of the most celebrated actresses of the 1930s, Kinuyo Tanaka’s post-war career took a couple of unexpected turns. In 1949, she was one of a small number of performers sent to tour America as a cultural ambassador but the reception upon her return was anything but welcoming as her old fans openly criticised her “Americanised” ways. In the same year, she ended her long standing contract with Shochiku to go freelance which meant she could pick and choose her projects from across a wider field of directors and actors she wanted to work with. What she wanted, however, was somewhat unheard of – she wanted to direct. The second woman to ever helm a feature film in Japan, Kinuyo Tanaka made her behind the camera debut in 1953 with the extremely impressive melodrama Love Letter which was penned by the ever supportive Keisuke Kinoshita. Tanaka’s directing career was almost derailed by her good friend and long time collaborator Kenji Mizoguchi who, for reasons which remain unclear, attempted to block her acceptance into the directors guild of Japan (ending their working relationship in the process), but after eventually joining Nikkatsu as a director she was able to begin work on her second film – The Moon Has Risen (月は上りぬ, Tsuki wa Noborinu), ironically enough scripted buy Shochiku stalwart Yasujiro Ozu.

In the classic Ozu mould, The Moon Has Risen is a family drama but Tanaka pulls the focus a little to home in on the central three sisters. Cared for by widowed patriarch Mokichi (Chishu Ryu), the Asai family consists of widowed oldest sister Chizuru (Hisako Yamane), reserved middle sister Ayako (Yoko Sugi), and the exuberant youngest sister Setsuko (Mie Kitahara) who is in a kind of relationship with the currently out of work intellectual, Shoji (Shoji Yasui). When an old school friend of Shoji’s, Amamiya (Ko Mishima), pays a surprise visit whilst he’s in the area to take a look at a broadcast tower, Setsuko sees it as an opportunity to set him up with her shy sister Ayako once Amamiya makes a few wistful remarks about remembering her from their school days.

The first part of the film stays firmly in the realms of comedy as Setsuko sets her plan in motion. She and Shoji do everything they can to find out whether there is any romantic possibility between the pair – baiting Amamiya to come to a non-existent clandestine meeting and then timing him to see how long he’ll wait before giving up, and convincing each of them that the other has something very important to say which can only be said under the romantic light of a full moon. Youthful as she is Setsuko’s plans largely backfire but then the moonlight gets inside them and something shifts.

The courtship of Ayako and Amamiya is quiet and restrained. They keep their romance a secret, communicating with each other through secret codes leading to poignant passages from the Manyoshu – the oldest existing collection of Japanese poetry, which everyone in the family is desperate to figure out but can’t quite get to grips with. Chizuru can’t decide if this painfully innocent path to romantic connection is very old fashioned or very modern but it certainly captures something of the cultural shift of post-war society – the marriage is “arranged” in a sense with Setsuko as a matchmaker but it’s also self determined as Ayako and Amamiya come to recognise their mutual feelings for each other, embrace their love match, and make their own independent decisions to marry.

Modern girl Setsuko has also made a proactive decision in her attachment to Shoji but their shared matchmaking quest eventually drives a wedge between them. As she later puts it, they spent so long worrying about Ayako that they forgot all about worrying about themselves. Shoji’s problem is a common one in being both out of work and soft hearted as he proves when he finds a job but decides to recommend a needier friend for it instead. A blazing row nearly threatens to end things but, again, the pair rely on gentle, well meaning advice from their elders and eventually realise they’re about to make themselves miserable in a fit of pigheadedness.

Though Tanaka mimics the veteran director with iconic Ozu-inspired compositions and frequent use of pillow shots, her emotional canvas is more direct than her mentor’s stoical resignation. Steering clear of Ozu’s trademark tatami mat view and preference for direct to camera speech, Tanaka’s lensing is shier and avoids faces altogether to focus on the physical. She lingers on clasped hands, or on uncertain feet, as they hug the ground unwilling to stay or go. Having ignored her for most of the film, Tanaka turns back to Chizuru whose lonely widowhood seems like a forgone conclusion, as her eyes brim with tears on hearing her perceptive father’s acknowledgement of a possible new suitor.

Mokichi’s inevitable loneliness is background rather than foreground as his daughters take centerstage, leaving him to wonder why young people prefer the “dusty, dirty Tokyo”, to his peaceful Nara but in any case he remains perfectly content for each of them to find their own path to wherever it is they’re supposed to be. In her attempt to film Ozu’s script with Ozu’s camera, The Moon has Risen may seem like a step backwards for Tanaka following the more inventive Love Letter but even while working within such constraints she manages outdo the master in her essential emotional immediacy and well observed depiction of lives and loves post-war women.