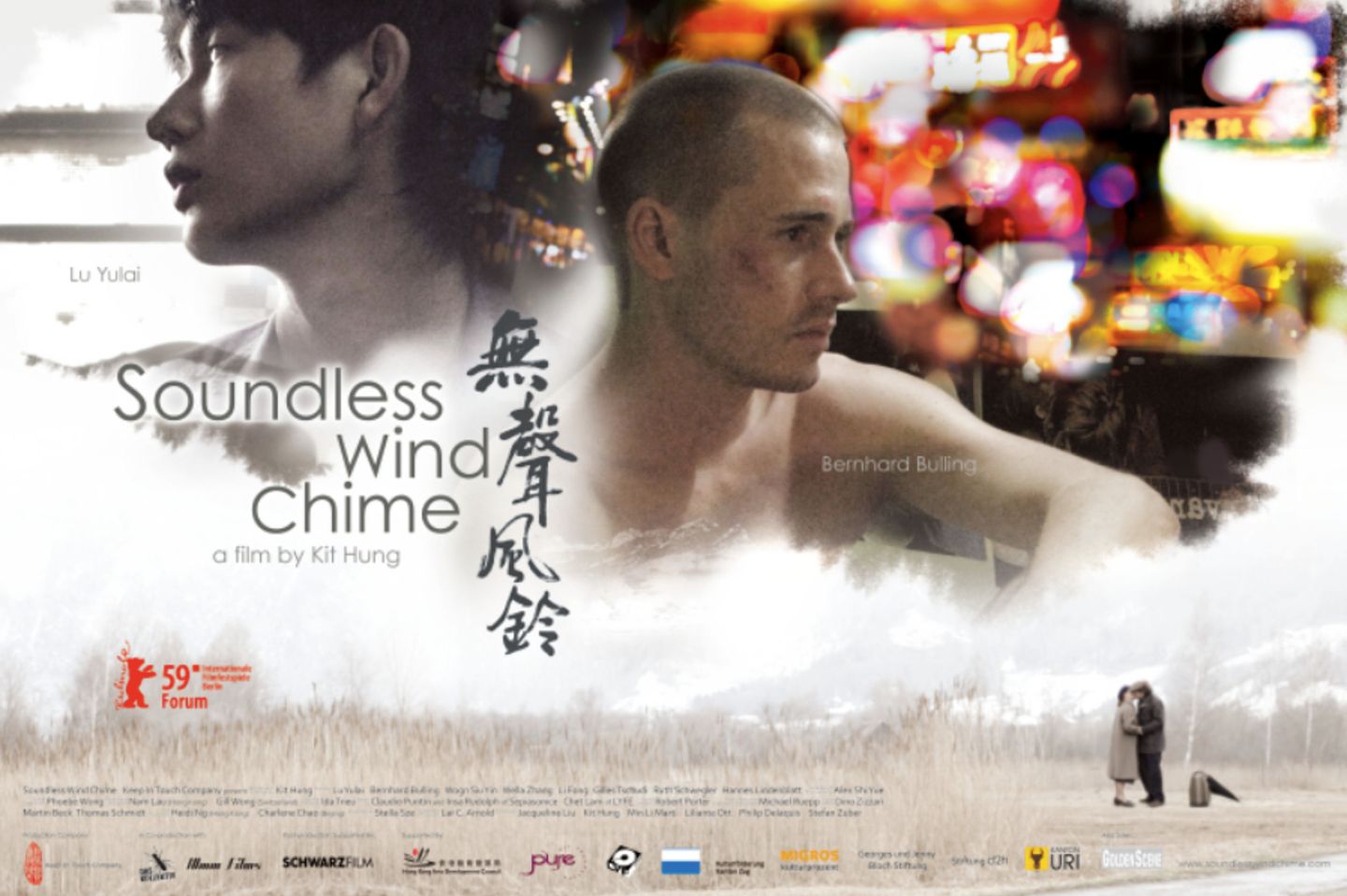 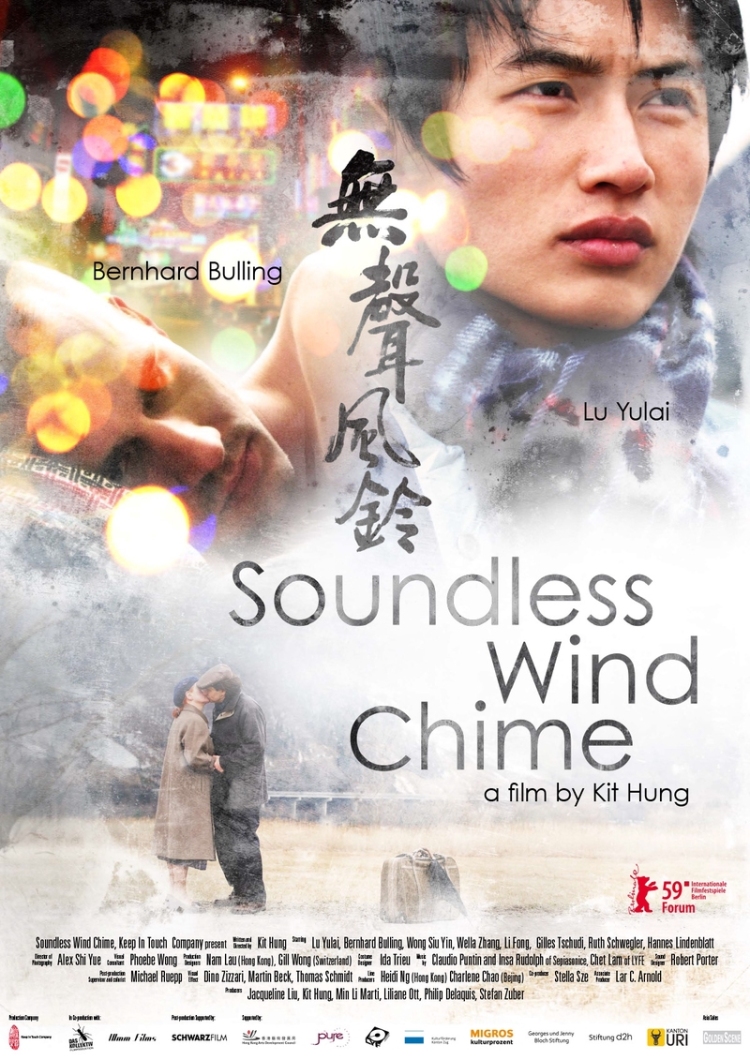 Two transients find love in the crowded streets of Hong Kong, only to lose it again and long for its return. Deliberately obscure, Kit Hung’s debut Soundless Wind Chime (無聲風鈴, Wúshēng Fēng Líng) is an elegy for lost love, a poetic meditation on the power of memory and a treatise on the art of letting go. Though the lovers manage to construct a world for themselves shielded from the external chaos, its shell gradually fractures under the pressure of real world concerns until tragedy finally intervenes and shatters it forever.

Ricky (Lu Yulai), a mainlander recently arrived in Hong Kong, lives with an aunt (Wella Zhang) who makes a living through prostitution, while he makes ends meet as a delivery boy at neighbourhood eatery. One day, he pauses on the job to watch a foreign juggler (Hannes Lindenblatt) at which point his wallet is stolen by a foreign pickpocket who we later learn to be a German speaking Swiss man named Pascal (Bernhard Bulling). Pascal is currently in an abusive relationship with the juggler whose act is a set up to attract a crowd so that Pascal can rob the captivated spectators. After being beaten up and then brutally raped by his boyfriend, Pascal ups and leaves, eking out a living through juggling on the streets. Arriving at Ricky’s restaurant, he gives him his wallet (and ID card) back and the two strike up a friendship that soon becomes more, living together first at Ricky’s aunt’s and then getting their own place where they can truly be themselves.

To begin with the relationship is a rather happy and open one. Though Ricky decides to leave his aunt’s place immediately after she figures out that he is gay and in a relationship with Pascal, she does not disapprove of his sexuality and only stops to warn him not to invite his ailing mother to Hong Kong because she doesn’t know what the fallout will be from realising her sister is a prostitute and her son is gay all at the same time. Likewise, the lively ladies at the restaurant all seem fairly accepting (or perhaps just oblivious) of Ricky’s relationship with Pascal, impressed by his juggling skill and including him in their after hours mahjong games. The young couple do however have their differences, notably in Pascal’s self destructive streak which sends him back into Hong Kong’s gay nightlife scene while Ricky would rather just spend time home alone together.

The disjointed, non-linear narrative opens in the middle with Ricky making his way to Switzerland in search of Pascal, in a spiritual more than literal sense. Whilst there he runs into another man, Ueli, who looks exactly like Pascal even if he is nothing like him in spirit. The film’s title is inspired by the Chinese belief that a soul lingers after it leaves the body, attaching itself to an animal in order to stay longer and make its last goodbyes. Traditionally, a wind chime is though to reveal the presence of spirits, and it is this Ricky has come looking for as the wind chime outside Ueli’s antique shop gleefully trembles as if it were pleased to see him.

Ricky’s memories spiral away from him as snow covered Switzerland echoes sunny Hong Kong, each thought and action recalling some part of his life with Pascal while he grows closer to the wounded, grieving Ueli whom he believes, on some level, to be Pascal returned to him in another form. Later, Hung shifts the action to the Mainland where Ricky has returned to look after his dying mother, working as a taxi driver to make ends meet. Unable to find Pascal, uncertain whether his soul has flown to Hong Kong where they made their home or the place where he was born, Ricky has himself returned to source and prompted Ueli to make his journey in reverse, bringing him news of Pascal but also perhaps promising an end rather than a beginning.

Hung wears his influences on his sleeves – his style owes much to Wong Kai-Wai but more particularly to Tsai Ming-Liang as his frequent forays into surrealistic musical interludes make plain. Yet his narrative is confused and overly impressionistic, withholding essential pieces of information which would make sense of the more obscure elements such as the lost luggage receipt Ricky takes with him to Switzerland and the contents of the bag he ultimately obtains. Deeply melancholic and filled with a wistful sense of longing – the soundless wind chime of the title lying silent yet attentive, Hung’s dreamlike debut is a strangely affecting exploration of grief and transience as his hero learns how to live after love, abandoning his pain to realms of nostalgia and rediscovering the peaceful emptiness of ordinary silence.

Screened as part of the Chinese Visual Festival 2018.