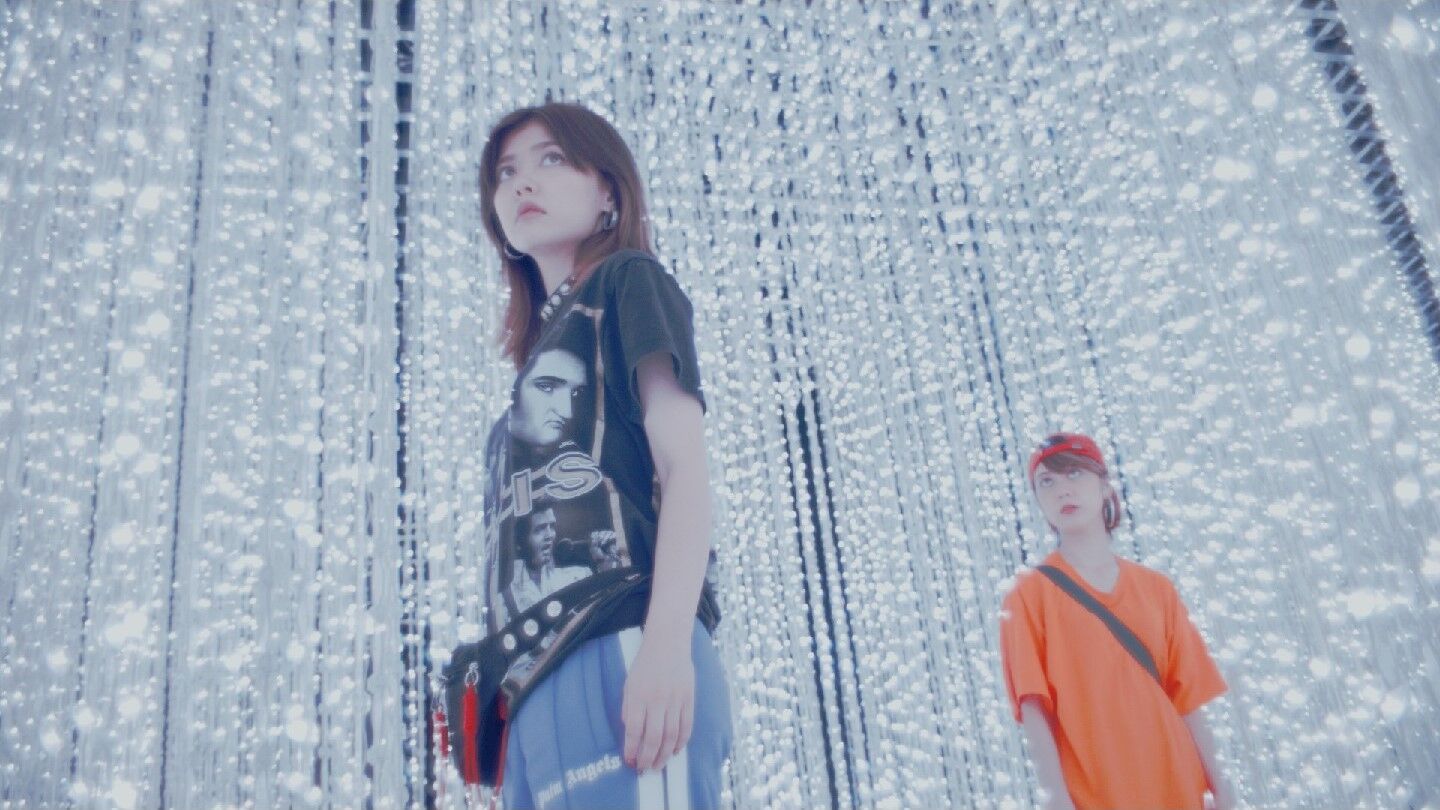 Travel, as they say, broadens the mind but in this rapidly globalising society what is there to be gained in going to a place for “real” rather watching someone else go there online? Following his edgy feature Yamato (California), Daisuke Miyazaki takes a detour from the problems of modern Japan with a piece commissioned by ArtScience Museum and the Singapore International Film Festival. Tourism takes two regular small town girls and sends them to the gleaming metropolis of the famously upscale city state only to upend our expectations by following one of them through the otherwise hidden backstreets familiar only to the regular locals.

Nina (Nina Endo) shares a small apartment with friends Su (Sumire) and Kenji (Takayuki Yanagi) who are also living a precarious hand to mouth existence in small town Japan. Worrying about being able to make this month’s rent, none of the three is in regular full-time employment and all of them are working one or more part-time jobs split with studying and hanging out doing nothing much of anything seeing as there’s no money to spare for entertainment. Asked about their dreams for the future, Kenji replies that he wants to make the world a more caring place while Su just wants a car and Nina isn’t at all sure but knows she doesn’t want to just grow old and die in her hometown.

Unexpected opportunity arrives when Nina discovers she’s won a competition for a pair of tickets to anywhere in the world. Not very worldly, she can’t decide where to go and tries sticking a pin in the map only to land on a series of “unsafe” places before hitting on the idea of Singapore which, as Kenji explains, is “just like Disneyland”. Given the rarity of the prize, you might wonder if Nina and Su wouldn’t have been better to be a bit more adventurous and venture further afield but as Kenji says Singapore is a fairly safe, if perhaps dull, choice for two directionless young women taking their first steps in international travel.

The Singapore that they originally discover is the one that Kenji described and the image of itself that the city wilfully projects all around the world. The girls wander around generic shopping malls near identical to those in Japan filled with high end fashion stores well out of their reach and bizarre centrepieces including gondola rides right next to the food court. After taking in the Merlion and other nearby tourist spots recommended by Siri, Nina and Su begin to venture a little further into the local culture with trips to markets and hawker spots but become separated when Nina leaves her phone behind after using it to live stream their dinner. Extremely lost and very alone, Nina, who can’t speak English and seems to have forgotten the name of her hotel, becomes dependent on the kindness of ordinary Singaporeans as she tries to find her way back to her friend.

Mistakenly guided to a random part of town by a well meaning woman who decided not to take offence to Nina’s potentially dangerous “please come to a hotel with me” pleas, Nina finds herself exploring the “real” Singapore – the one that doesn’t exist in the tourist guidebooks and largely belongs to the often underrepresented muslim community. Thanks to a kind man who invites her into his home to share dinner with his family and then takes her out to show her the places the locals go, Nina discovers not only a more authentic side to the city but that there are kind people everywhere and the world isn’t such a bad place after all.

Commissioned to push the charms of the city, Tourism certainly works as an extended PSA from the tourist board in its presentation of Singaporeans as universally kind and generous while demonstrating that there’s more to the island than expensive shopping malls and “disappointing” local landmarks. Despite its ironic name, however, the film is also at pains to emphasise that tourism and travel are not necessarily the same thing and that there’s much to be gained by going off map and interacting with ordinary people rather than just checking things off on a list so you can tell people about them later. Shot on low-grade, “tourist”-style cameras and largely on the move, Tourism is an unexpectedly uplifting ode to the re-energising qualities of travel which illuminate new paths towards the future while brightening the present.

Tourism was screened as part of the 2019 Nippon Connection Film Festival.