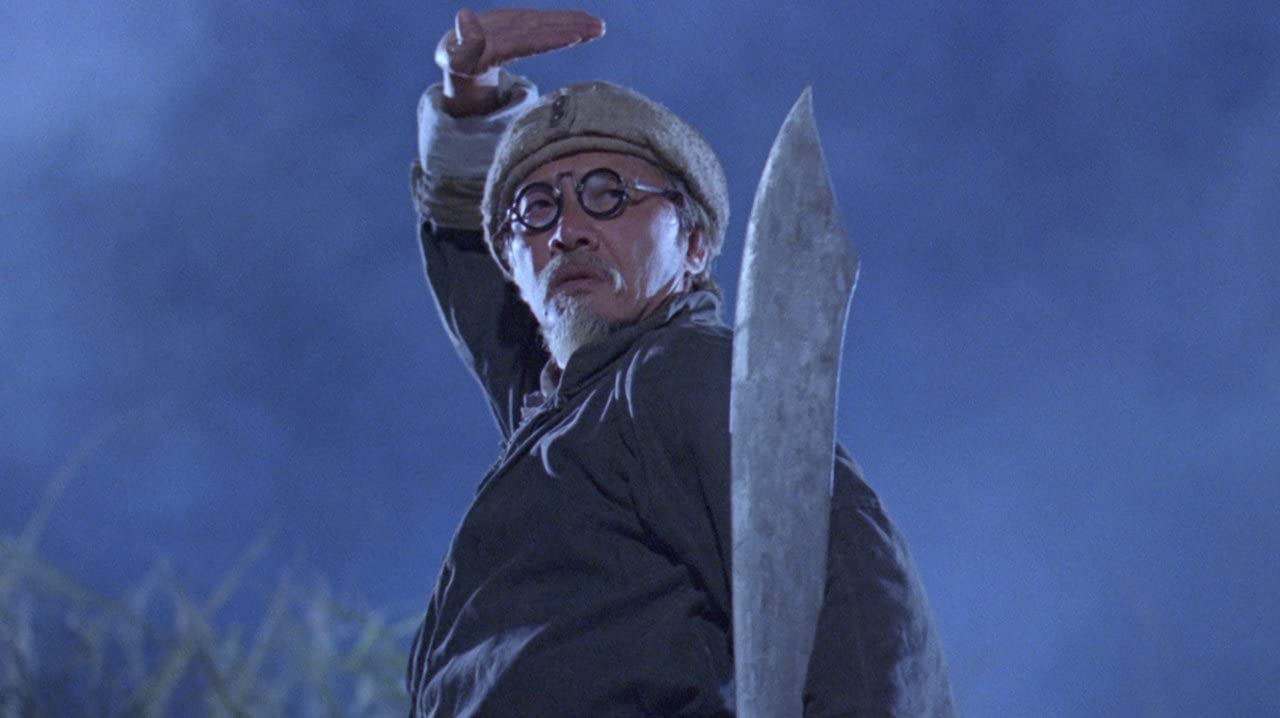 Comic book heroes often rise in resistance to a label others have placed on them, but Uncle Choy (Dean Shek Tin) may be the first to offer fierce opposition to societal ageism. Inspired by a series of comic books which ran from 1958 to the mid-1970s, Tsui Hark and Tony Ching Siu-Tung’s The Raid (財叔之橫掃千軍) is at great pains to make plain that you shouldn’t write people off because of a few numbers on an ID card as its admittedly geriatric hero proves that he’s the force for good the Resistance has been waiting for.

That would be the Resistance towards the Japanese and the new puppet state of Manchuria in the confusing world of 1932. Tsui and Ching open with Pu Yi himself getting out of a limo in a sparkling white uniform adorned with meaningless medals glinting in the sun before he takes to the stage and bizarrely likens himself to Hitler while insisting that he’s here to unify China because his ancestors told him to in a dream. Meanwhile, the Resistance has already infiltrated his forces and installed dynamite in his microphone only for his right-hand man, Matsu (Tony Leung Ka-fai), to catch on right before it explodes. Pu Yi is saved, for now, while Matsu declares himself unfazed by the Resistance fighter’s dying words that he will be coming back to haunt him.

In another part of the jungle, a team of mute locals is trying to bring a doctor to some soldiers hiding out in a remote shack. After narrowly escaping a plane attack by blowing a hole in a dam and drowning it with water, Uncle Choy arrives to discover that the men are victims of a new kind of poison gas. It’s too late to save the commander, but Choy manages to restore the others to health and even offers to join them in their new mission of destroying the poison gas factory, but Lieutenant Mong (Paul Chu) tells him to go home. He’s too old to be of help and would only get in the way. As expected, Choy finds that very upsetting. Unwrapping the giant sword he fought with in his youth, he leaves a note for his adopted daughter Nancy and heads off on his own towards the revolution, but she follows him with her giant spear and is then followed by a cheeky young guy armed with slingshot.

There is something a little bit suggestive about this rag tag bag of patriots trying to stop the poisonous fumes of a new China wafting over towards the land they love. Pu Yi, the “last emperor” is something of a tragic figure, a bumbling fool with some weird ideas but also a noticeably progressive streak which sees him tell Matsu, in the middle of an otherwise silly and slightly homophobic joke, that he firmly believes love is love and he plans to make a law that says so. He is, however, just a puppet himself, caught between the villainous Matsu and beautiful actress/super spy Kim Pak-fai/Kawashima Yoshiko (Joyce Godenzi).

Matsu is fond of telling the heroes that they cannot win against a force with superior technology, that old Uncle Choy’s sword and fists are useless in a modern world of guns and chemical warfare. To perfect their poison gas, they’ve been working with a local gangster who cares only for money and has been willingly sending them test subjects. Big Nose (Corey Yuen Kwai) is currently engaged in a turf war with the equally greedy Bobo Bear (Jacky Cheung Hok-yau), testifying to the tendency of oppressed people to fight amongst themselves rather than unite against the true evil. Bobo Bear is also in love with the famous actress Kim Pak-fai and deeply regrets getting mixed up with the Resistance, but later falls for nerdy undercover spy Tina (Fennie Yuen), who is the real brains of the operation, and comes over to the side of right. As does Big Nose after getting a dressing down from Uncle Choy and being confronted with the consequences of his actions by an overconfident Matsu.

According to Matsu whoever has the best weapon controls the world, but as in any good kung fu movie the best weapon is righteous solidarity. Uncle Choy’s sword turns out not to be so useless after all, while he also makes himself useful as a doctor to the revolutionaries, proving that old people still have a lot to offer and don’t deserve to be put out to pasture by patronising youngsters. Making plenty of space for cartoonish slapstick fun and a series of farcical episodes including the classic misdirected love letter and spy hiding under the bed, The Raid is pure pulp but never pretends to be anything more than it is even while leaving its earnest revolutionaries in media res as if to remind us that a battle still rages even in 1991.