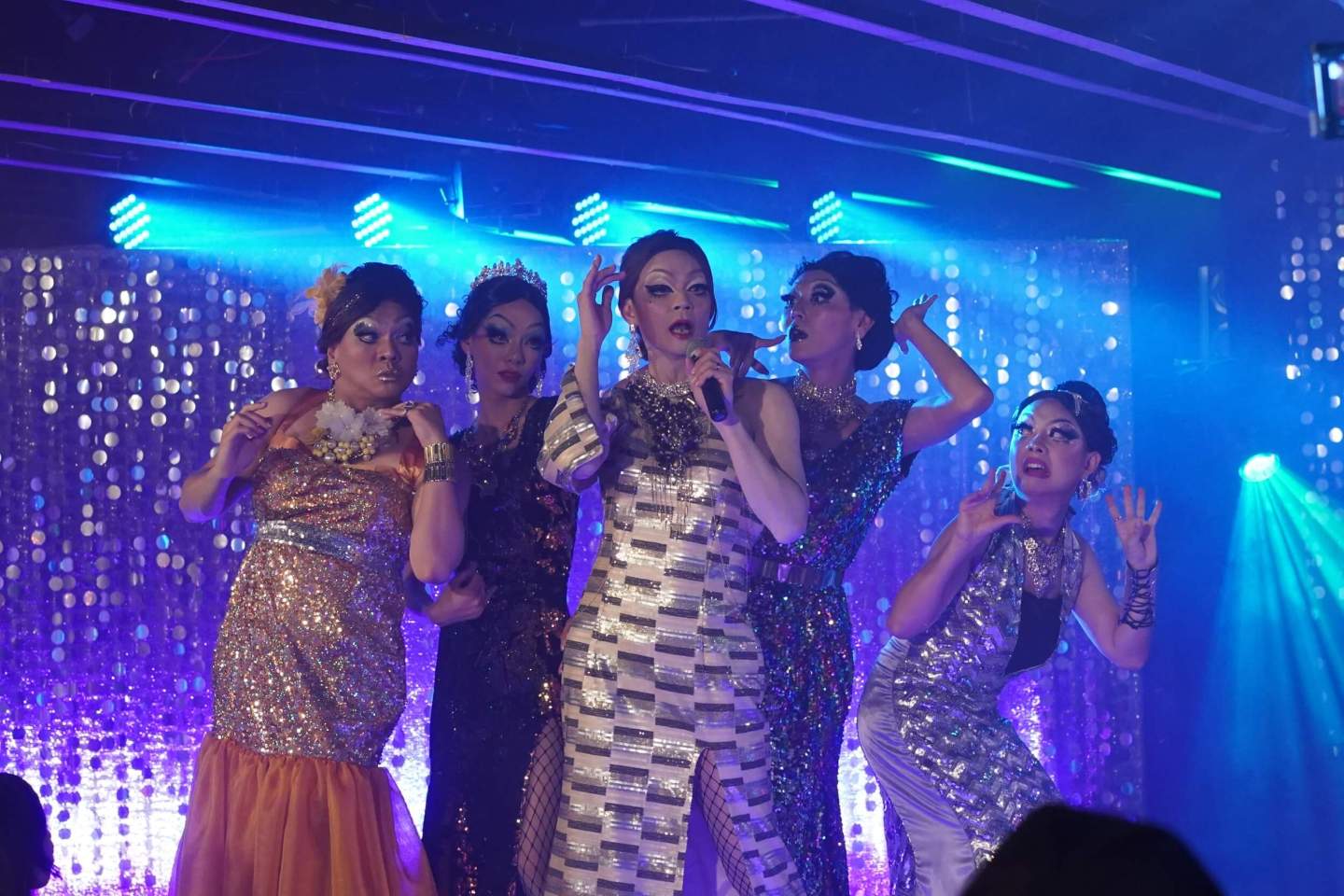 “What I don’t understand is your so-called rules and traditions. Just what good does it do?” a newcomer ironically asks of a veteran drag artist, having perhaps shed but not yet quite acknowledged his original prejudice towards those different from himself. Ong Kuo Sin’s cheerful drag dramedy Number 1 (男儿王, Nán’ér Wàng) examines attitudes to the LGBTQ+ community in the comparatively conservative nation of Singapore where sexual activity between men remains illegal even if the law is not heavily enforced, while subtly undermining oppressive group think as to what constitutes a “successful”, “normal” life.

44-year-old Chow Chee Beng (Mark Lee Kok Huang) is a successful general manager at a construction firm where he’s worked for the last 17 years which is the entirety of his working life. It comes as quite a shock to him therefore when he’s unceremoniously let go, passed a letter of termination seconds after entertaining everyone with a song at the office New Year party. Given his experience, he perhaps feels that getting another job won’t be too difficult, but as various employers tell him he’s either “too old” or “too expensive” for the competitive Singapore job market. Faced with the prospect of telling his wife they’ll have to sell their luxury detached home because he can’t make the mortgage payments, Chee Beng is forced to accept the last resort offer from his recruitment advisor which happens to be as an AGM at local drag bar Number 1.

Like many men of his age, Chee Beng has a rather conservative mindset and had been living a very conventional life of suburban, middle-class success. His wife Marie (Gina Tan) even complains to her sister-in-law that their new swimming pool is a little on the small side and she’s thinking of swapping it for a bigger one. Yet as his performance stint at the company party implies, he is perhaps holding a part of himself back thinking that his love of singing is frivolous or even a little taboo given his wife’s mild embarrassment. The drag bar is therefore firmly outside his comfort zone. Not only does he lack experience managing an entertainment venue, but finds it difficult to overcome his sense of discomfort with those living lives so different from his own. When one of the drag artists turns out to be a deserter from the army and is carted off by the military police, Chee Beng finds himself press-ganged into performing and discovers that he is something of a natural though he doesn’t understand why they have to lip-sync to pre-recorded tracks rather than singing live.

Chee Beng’s point seems to hint at a concern about the ability to completely embody the performance and fully express himself, yet he’s also a straight man wading into a predominantly LGBTQ+ community he knows nothing about and insisting on having his own way. That brings him into an additional conflict with former number one Pearly (Kiwebaby Chang) who dragged him on stage in the first place because with only four performers she wouldn’t be able to stand in the middle. Pearly might feel that lip-syncing completes her performance because she lacks the ability to sing in a feminine register, yet Chee Beng ironically accuses her of mandating a no singing rule in order to mask her own weakness while simultaneously attempting to mandate live singing in order showcase his strength as a performer.

But even if he’s come to feel at home in the drag community, Chee Beng continues to keep his new life a secret from his socially conservative wife. When a video of him singing at the club goes viral, Chee Beng’s wife and sister-in-law react by taking the children’s phones away as if seeing it is in some way harmful. Later on seeing a poster for the Queens she irritatedly tells Chee Beng they should be banned by the government for giving children “wrong ideas”. Meanwhile their son Mason is conflicted in being a boy asked to play the part of Mulan in the school play, claiming he dislikes the character of Mulan because she “lies” about who she is while his father can only sympathise offering the justification that sometimes people have to lie in order to protect those they love. When Chee Beng’s identity is exposed, little Mason begins receiving vile hate mail online and all his friends stop playing with him. Yet he doesn’t see anything wrong in “wearing a dress” and can’t understand why everyone, including his mother, seems so upset. Marie complains that Chee Beng’s new life is “confusing” for Mason, but he doesn’t seem confused at all because he hasn’t yet had time to absorb the “wrong ideas” from the conservative world around him.

That conservative world has been a very dark place for some of the Queens, Pearly revealing that she believes her coming out drove her parents in Taiwan into an early grave, while bar owner Fa’s brother took his own life, and the gang experience homophobic harassment from a man who turns out to be the high school bully who made one of their live’s a misery. Nevertheless, the sudden and otherwise unexplained reversal in the attitudes of some seems more than a little contrived for an otherwise uncomplicated happy ending despite Chee Beng’s defiant message that he wants his son to grow up “different” in that he learns early on not to be prejudiced against those different from himself and goes on to be happy with whoever he is rather than blindly following the rules of social conformity. Drag is for everyone, and becoming a member of the supportive drag queen community even helping out fundraising for a local LGBTQ+ friendly nursing home, Chee Beng begins to see a different way life that opens his eyes to the constraints of the way he lived before swapping the trappings of extreme consumerism for personal fulfilment and compassion for others.

Number 1 screens at London’s Genesis Cinema on 18th September as part of this year’s Queer East.