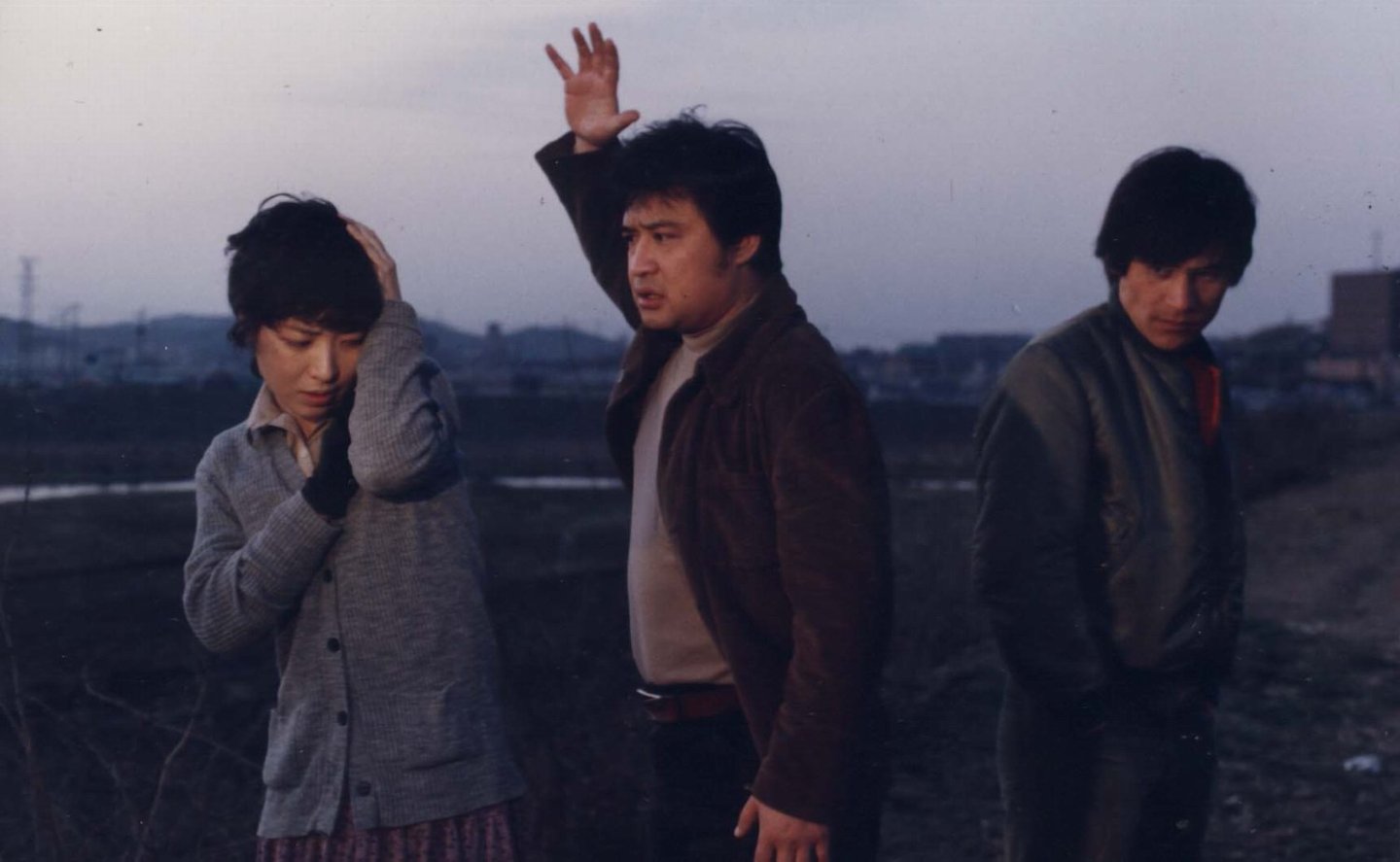 The Korea of the early ‘80s was not an altogether happy place. One dictator fell in 1979, but hopes of returning to democracy were dashed when general Chun Doo-hwan staged a coup and instigated martial law, brutally suppressing a large scale democracy protest in Gwangju in 1980 (though the news of the incident was also suppressed at the time it took place). People in the Slums (꼬방동네 사람들, Kkobangdongne Salamdeul), adapted from the best selling novel by Lee Dong-cheol, is not an overtly political film but takes as its heroes those who have lost out in the nation’s bold forward march into the capitalist future. Opening with a voice over from the author himself, the film dedicates itself to “the memory of neighbours of bygone days”, remembering both the hardships but also the fierce sense of community and warmth to be found among those living at the bottom of the heap.

Myeong-suk (Kim Bo-yeon), a still young-ish woman with a young son, lives in a slum outside of the city with her second husband, Tae-sub (kim Hee-ra). Nicknamed “Black Glove” because of the glove she always wears on her right hand, Myeong-suk is about to open her own business – a small grocery store serving the local residents, but her happiness is tempered with anxiety. Tae-sub, despite his promises, steals money from Myeong-suk to go drinking and gambling, is occasionally violent, and does not get on with her son, Jun-il, who refers to him as Mr. Piggy. Jun-il is also a constant worry because he’s picked up a habit of stealing things and generally causing trouble around the neighbourhood. When Myeong-suk’s former husband and the father of Jun-il, Ju-seok (Ahn Sung-ki), catches sight of her by chance one day, the past threatens to eclipse the small hope of her future.

Life in the slums is not easy. There are few resources, few people are working and there are lots of children with no money to feed and clothe them. Fights are frequent but often unserious. The community pull together to support each other, turning out in force for the grand opening of Myeong-suk’s shop or the 60th birthday celebration of a fellow resident. Besides Myeong-suk, her second husband, and son, the slum is home to a collection of unusual characters from a widow who dresses in white and does strange dances to entertain the locals, to the pastor who does his best to help where he can. A poor drunken woman makes a fool of herself all over town, nursing a crush on the pastor but seemingly unable to move past her dependency on alcohol and whatever it is that caused it and landed her in the slum.

Myeong-suk’s early life would not have suggested her current trajectory, as Bae reveals in Ju-seok’s flashbacks of his courtship to the woman who would become his wife. Ju-seok, a pickpocket, spotted Myeong-suk on a bus and it was love at first sight. Eventually he married her but never revealed his illicit occupation until he was finally arrested. For the sake of his wife and child, Ju-seok attempts to go straight but his efforts are frustrated by bad luck, temptation, and unforgiving policemen. No matter how hard Ju-seok tries to be a decent, hardworking, family man, the economic instability of late ‘70s Korea will not allow him to do it.

Myeong-suk waits for him, but there comes a point she cannot wait anymore. Her second husband is no better than her first and, just like Ju-seok, is hiding something from her. Tae-sub is a bully and a bruiser who is only using Myeong-suk as a convenient place to hide. She cannot rely on him for affection, protection, or financial stability. Ju-seok, at least, did love Myeong-suk even if that love was the very thing which kept leading him back into a life of crime which then took him away from her. Once again love is a luxury the poor cannot afford .

Where the general atmosphere may seem destined for a tragedy for the resilient, suffering Myeong-suk, her damaged son, and reformed taxi-driver former husband, Bae gives them hope for a warmer, if not a better, future. As Myeong-suk prepares to leave the slum, the pastor, encircled by the residents, reads out a passage reminding the locals that a neighbour’s suffering is one’s own suffering while the drunken woman who previously hated children appears to have sobered up and happily hugs a child. Myeong-suk makes a selfless gesture of atonement and solidarity in giving the money from selling her shop to another single mother whose youngest three all have different fathers, perhaps indicating the difficulty of her life since the father of her eldest passed away. Tae-sub too reforms, decides to face the past he’s been running from and make amends for his former life, facilitating a possible reunion for the star-crossed lovers Myeong-suk and Ju-seok. The future suddenly looks brighter, but it remains uncertain and who knows if love and a taxi-driver’s salary will be enough to keep Ju-seok on the straight and narrow as a responsible husband and father in turbulent ‘80s Korea.

People in the Slum screens as part of the London Korean Film Festival 2017 which is hosting a mini Bae Chang-ho retrospective of three films at each of which the director will be present for a Q&A.

The film was also recently released on all regions blu-ray courtesy of the Korean Film Archive. In addition to English subtitles on the main feature, the blu-ray also includes English subtitles for the commentary track by Bae Chang-ho and film critic Kim Sungwook, and comes with a bilingual booklet featuring essays by Jang Byung-won (programmer for Jeonju International Film Festival), Lee Yong-cheol (film critic), and Chris Berry (King’s College London).

You can also watch the entirety of the film legally and for free courtesy of the Korean Film Archive’s YouTube Channel.