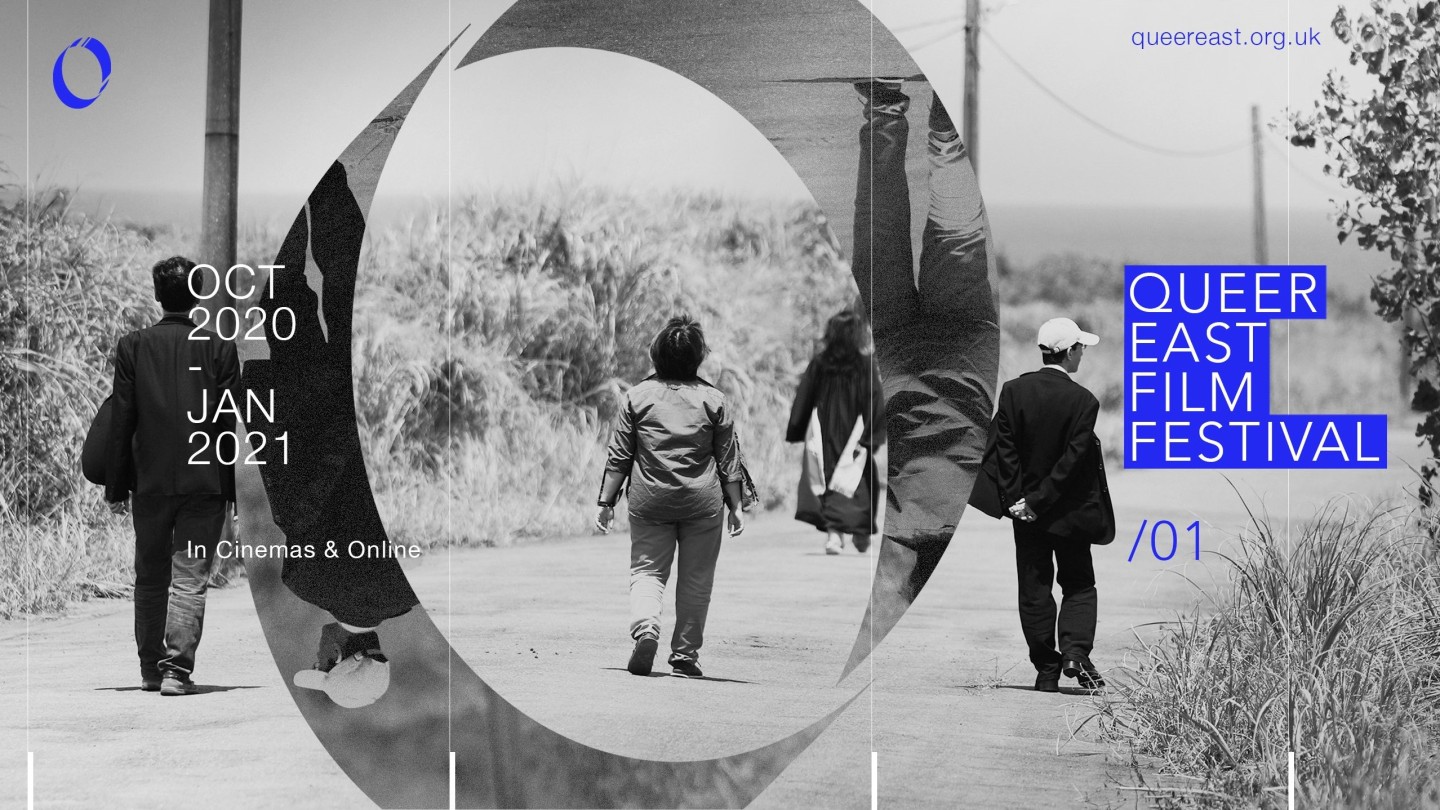 Queer East returns for 2020 with a revised hybrid edition online and in cinemas from late October into early 2021! In addition to the previously announced programme much of which remains, the festival will also be teaming up with Taiwan Film Festival Edinburgh for UK premieres of two recent Taiwanese LGBTQ+ movies, as well as Iris Prize Festival, and Barbican On Demand, while there will also be a selection of cinema screenings across the UK.

Empathetic drama in which a transgender woman from an indigenous community finds herself caught between conflicting cultural mores. Review.

Between the Seasons (UK Premiere)

Hae-soo moves to a new city and opens a cafe where high schooler Ye-jin becomes a regular and eventually starts working. The two women draw closer but each have closely guarded secrets. Review.

A teacher’s personal and professional lives are destabilised by his support for equal marriage and relationship with a closeted, HIV+ older man. Review.

A woman returns to Macau after 15 years in Taiwan and begins reconsidering her relationship with her best friend, realising the emotions she felt for her may have been romantic in Tracy Choi’s subtly political melodrama.

Beautifully tragic romance set in ’80s Saigon in which a conflicted street punk falls in love with a Cai Luong opera singer. Review.

Documentary following the lives of two indigenous Taiwanese girls who meet on a vocational training programme and each experience difficult family circumstances.

Documentary exploring questions of intimacy in contemporary gay life interviewing men from Taipei, Beijing, New York and London to find out what it is they’re looking for.

50-something Tai-hung is a married father of two grown-up children living a conventional life in contemporary Hong Kong, but a phone call informing him that a childhood friend has passed away forces him into a reconsideration of his life choices and a long delayed acceptance of a transgender identity in Li Jun’s moving drama. Review.

Memories of My Body (UK Premiere)

A Lengger dancer looks back on his life as a tale of growing acceptance of sensuality lived against a turbulent political backdrop. Review

A Dog Barking at the Moon

An expectant mother is forced to confront the idea of family while staying with her emotionally estranged parents in Xiang Zi’s melancholy indie drama. Review.

Documentary focussing on a series of pastors advocating for the rights of LGBTQ+ Christians in Taiwan often at great personal cost.

A lonely teenage girl processing the bourgeois hypocrisies of her upper-class family bonds with a mysterious old man with secrets of his own in Lin Chun-hua’s moving drama. Review.

Yang Ya-che’s modern classic in which the friendship between three young people fighting for democracy at the tail end of the Martial Law era is tested by their conflicting feelings for each other.

Zero Chou’s lesbian classic in which a web-cam girl visits a tattooist’s studio and becomes obsessed with the spider lily tattoo on her arm. Hoping to get to know her better, she asks her to give her the same tattoo but the experience reawakens memories which threaten to force the two women apart.

Ang Lee’s 1993 Asian-American classic in which a gay Taiwanese New Yorker agrees to participate in a green card marriage to a Chinese artist to get his nagging parents off his back.

A man tries to connect with the mother of his late partner who speaks only Cambodian-Chinese and remained unaware of her son’s sexuality in Hong Khaou’s deeply moving debut feature.

Reeling from tragic loss, a young man reunites with the love of his youth only to discover he has terminal lung cancer and has chosen to forgo all treatment in Anucha Boonyawatana’s melancholy meditation on love, life, and transience. Review.

Queer East 2020 runs online and in cinemas October 2020 to January 2021. Full details for all the films as well as ticketing links can be found on the official website, while you can also keep up with all the latest news by following Queer East on Facebook, Twitter, Instagram, and YouTube.