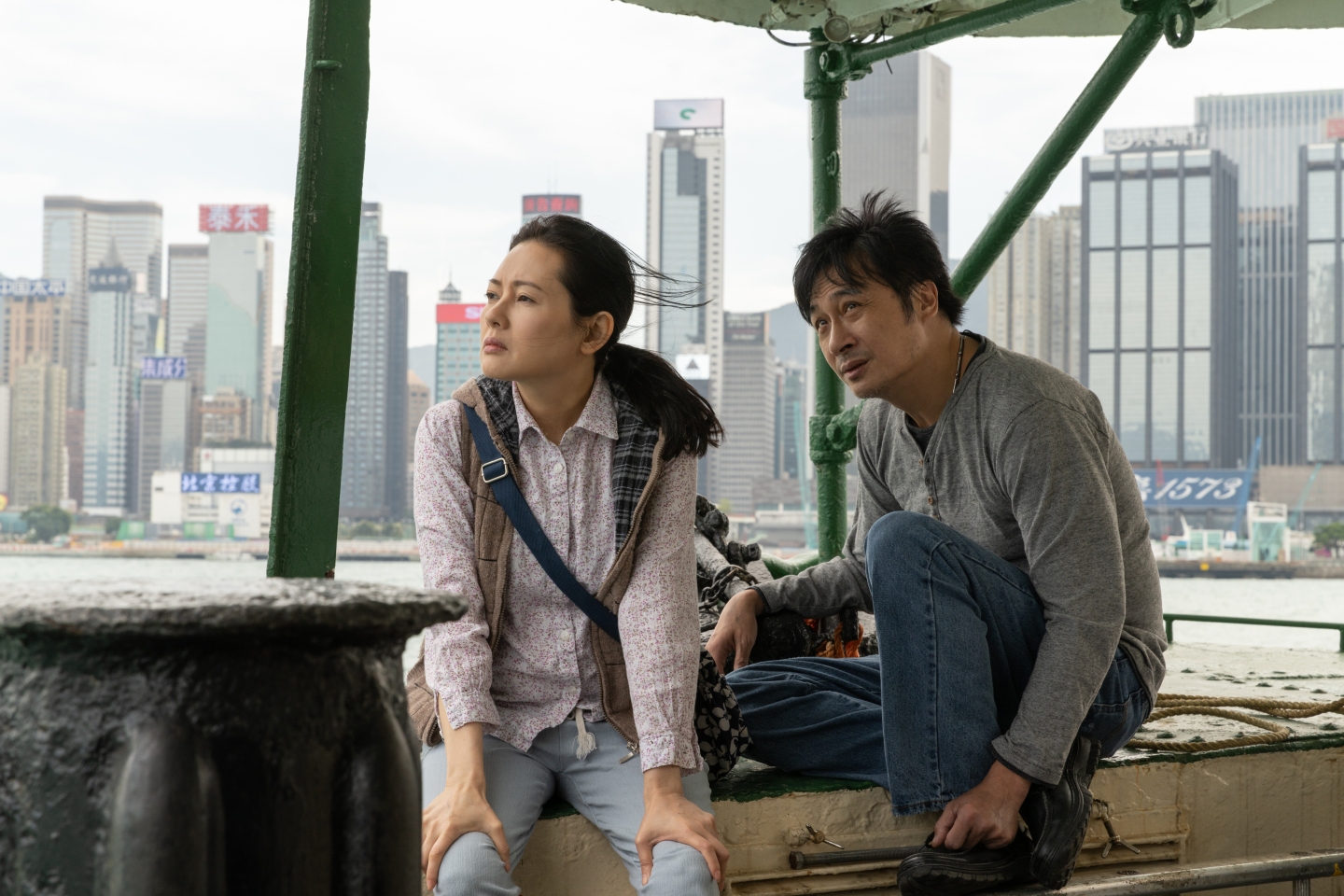 “It’s just a bigger prison out there anyway” a prisoner tells his jailer surprised by his lack of enthusiasm for “freedom”. Following transgender drama Tracey, Jun Li continues his exploration of the marginalised citizens of contemporary Hong Kong with Drifting (濁水漂流), in this case the growing numbers of the unhoused who find themselves unfairly victimised by an increasingly authoritarian regime all while the city’s famous housing problem sprouts new blocks of luxury condos daily further displacing those without the means to live in them.

Released from prison Fai (Francis Ng Chun-yu) has nowhere else to go but back to the streets where he is welcomed by a ritualistic shot of heroin gifted by street godfather Master (Tse Kwan-ho), a refugee from Vietnam occupying a liminal status neither able to leave or remain owing to a criminal conviction which prevents his asylum in this or any other country. Fai’s attempts to rebuild his life are however frustrated when the community he is a part of falls victim to “street cleaning” in which uniformed officers turn up without warning to move them on, taking what little possessions they have and disposing of them as rubbish. This proves too much of an indignity for Fai who, along with the others and the help of social worker Ms Ho (Cecilia Choi Sze-wan), launches a law suit against the city both for damages against their stolen property and for an apology for the way in which they have been treated.

“I am homeless. I am not worthless” runs the chant the small band of protestors recites outside the offices of government, but it’s a feeling that many of them find hard to internalise. Shing (Chu Pak-hong), a long time drug user, is originally afraid of the lawsuit because of the shame of people finding out about his drug use, relenting only when reminded he can file anonymously and thereafter wearing a medical mask just to be sure he can’t be identified. Fai, by contrast, agrees to be the face of the campaign but is frustrated by the approach of the media who, he feels, are not truly interested in publicising his case only in his “sob story” which he refuses to give them. Time and again, the homeless community is exploited by well-meaning do-gooders including a large number of students who either patronise them with ironic tasks or romanticise the homeless “experience”.

Social worker Ms Ho is the only one who genuinely tries to help but even she finds her interventions sometimes cause more harm than good. While a friend of Fai’s darkly comments that her wheelchair gives her an advantage applying for public housing, Fai struggles to see a future for himself on the streets lamenting that no one’s going to hire him anyway and explaining that his drug use is a self-destructive way of killing time in an attempt to escape the boredom and despair of his futile existence. During the court case, he voluntarily enters rehab to try and come off drugs but also finds himself suffering with a serious illness for which he is afraid to get treatment because “hospitals are not a place for the living”.

Echoing Fai’s distaste for the fetishisation of poverty, Li offers only sparse details of what brought these men and women to the streets save that many of them have been imprisoned which gives them a healthy scepticism when it comes to dealing with the justice system. Offered a settlement, most of the community want to accept but Fai is minded to hold out. The money is not so important to him, he’s replaced the things he needs, what he wants is his dignity in being given a proper apology and an acknowledgement as a human being. “Where can poor people live?” he asks, peering from the scaffolding on a half-completed luxury condo building witnessing gentrification in action as it towers over a slum knowing that its presence only means more “street cleaning” while people like him are pushed further into the margins, continually displaced by an economic prosperity to which they are not invited. “No one can save anyone” Fai finds himself admitting, the solidarity of the homeless community eventually shattered by their conflicting goals even as they continue to care for each other as best they can. Anchored by a standout performance from Francis Ng Chun-yu as the weary, defeated Fai battling his own traumas in addition to those of the world around him, Drifting paints a bleak picture of an increasingly unequal society seemingly content to abandon its most vulnerable citizens to the vagaries of a marginal existence.

Drifting screens at the BFI Southbank on 15th July as the opening night gala of this year’s Chinese Visual Festival.