“More specific, less poetic” the distressed author hero of Lee Myung-se’s M (엠) repeatedly types after a difficult conversation with his editor. Almost a meta comment on Lee’s process, it’s just as well that it’s advice he didn’t take – M is a noir poem, a metaphor for an artist’s torture, and a living ghost story in which a man shifts between worlds of memory, haunted and hunted by unidentifiable pain. Reality, dream, and madness mingle and merge as a single kernel of confusion causes widespread panic in a desperate writer’s already strained mind.

A young woman haunts the screen, pleading with us to remember her and be sad. She is a dream, a visitation into the mind of blocked writer Han Min-woo (Gang Dong-Won) whose publishers are eagerly awaiting the completion of his next manuscript. Back in the real world, the same young woman appears around Min-woo but seems to be in an entirely different plane of existence, completely invisible to the man she claims to love. Eventually Min-woo enters a mysterious back alley bar and finally engages with the girl, Mimi (Lee Yeon-Hee), before blacking out and forgetting all about the whole thing.

Reality resets once again and we realise Min-woo is about to be married to Eun-hye (Kong Hyo-Jin) – the daughter of a wealthy man who seems to approve of the marriage if not, exactly, Min-woo’s literary career. Min-woo should be happy – he’s getting married to a woman he appears to care for, has been successful in his career, and has everything pretty much set for life at only 29. Min-woo is not happy. Persistent writer’s block means he’s written almost nothing with a deadline approaching, he’s worrying about money, and somehow or other he can’t quite commit to Eun-hye – there is something nagging at his mind, but try as he might he cannot say what.

Min-woo is worried enough to visit a psychiatrist but the doctor offers little more than a bottle of prozac and an instruction to call back in the morning. His mental state is clearly fracturing but even objectively his manner is strange, suddenly shouting or issuing orders in a shocking break from his generally mild mannered exterior. As if the mounting pressure of his overdue manuscript weren’t enough, Min-woo is extremely insecure in his literary talents. He views himself as a successful hack, berating those who dare to praise his work as fans of cheap trash.

Yet his internal world seems to be defined by potboiler hardboiled with its rain drenched streets, foggy avenues, and smokey bars peopled by miserable whiskey drinking men and omniscient bartenders. Describing the process of piecing his fractured mind back together as re-editing a film in which several frames are missing, Min-woo quickly becomes lost inside his own internal landscape, trying to locate the wound to stem the bleed but finding it ever elusive. Mimi is more than a spectral figment of his imagination. A living personification of the living past, her presence haunts him with the power of mystery, like something unforgettable which has long been forgotten.

In the end, Min-woo’s creative madness is a salve for an internal scar but its final resolution may be its own undoing. A love story and a ghost story, Min-woo’s crisis is every man’s obsession with lost love. Guilt mingles with pain and regret but also with existential confusion and unresolvable loss. As he later puts it, you lose things, often the things which are most important to you – it is a part (and a privilege, in someone else’s words) of being alive. You try to bury your pain in oblivion but eventually the things you’ve lost will be returned in unclear or unexpected ways. Min-woo may have made peace with himself (or this aspect of himself), allowed a ghost to bid him goodbye, but then again, perhaps he only dreamed himself free and is forever condemned to remember and be sad. 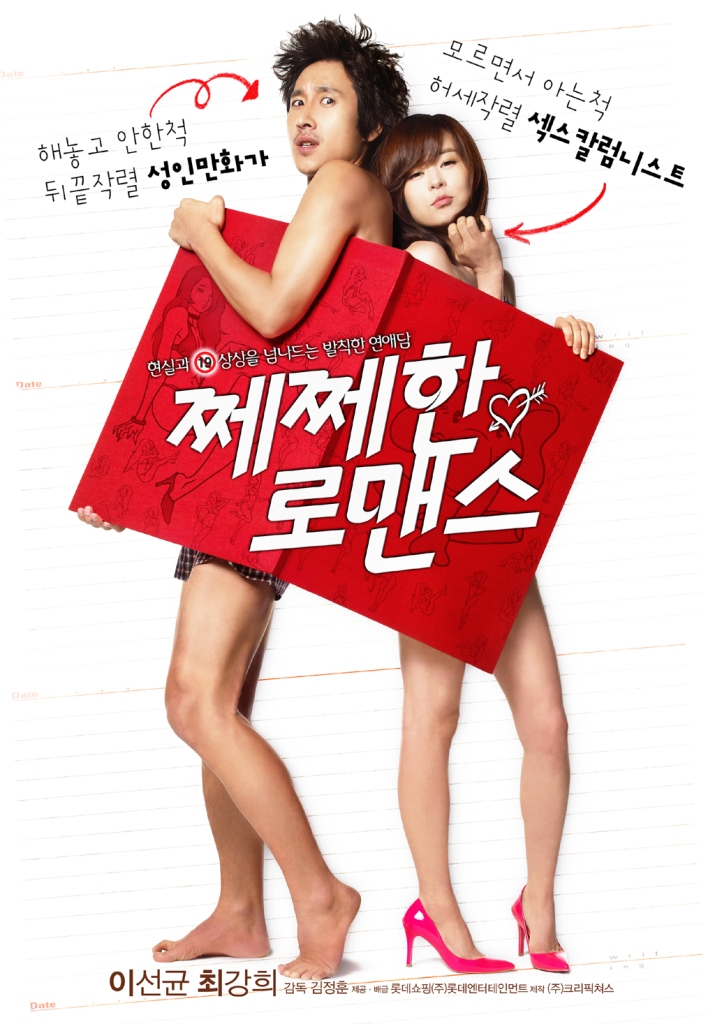 Korea is quite good at rom-coms. Consequently they make quite a lot of them and as the standard is comparatively high you have to admire the versatility on offer. Korean romantic comedies are, however, also a little more conservative,  coy even, than those from outside of Asia which makes Petty Romance (쩨쩨한 로맨스,  Jjae Jjae Han Romaenseu) something of an exception in its desire to veer in a more risqué direction. He’s too introverted, she’s too aggressive – they need each other to take the edges off, it’s a familiar story but one that works quite well. Petty Romance does not attempt to bring anything new to the usual formula but does make the most of its leads’ well honed chemistry whilst keeping the melodrama to a minimum.

Manhwa artist Jeong Bae (Lee Sun-kyun) is not having much success with his latest project. In fact, his publishing house has been using his submitted drafts as scrap paper. He’s also got a problem in that a gallery owning friend of his late father has been the caretaker of a precious painting left to him in his father’s will but now wants to call in a loan or sell it to get the money back and so Jeong bae is in desperate need of fast cash.

Across town, Da-rim (Choi Kang-hee) has managed to bag a writing gig on her friend’s woman’s magazine but finds herself out of her depth working on a sex advice column when she has no direct experience of love or dating. Given the axe by her friend and living with her moody twin brother to whom she owes money, Da-rim is also in need of something to sink her teeth in to.

When a friend of Bae’s lets him know about a new competition with a $100,000 cash prize it sounds like just what he needs. The only snag is the competition is for “adult” manhwa which has not generally been Bae’s thing. Taking his editor’s advice, Bae decides to work with a writer but most of his interviewees are not exactly what he’s looking for. Da-rim with her “experience” in translation and publishing, as well as her unusual forthrightness concerning the subject matter very much fits the bill.

Kim doesn’t waste much time in getting the two together though their love/hate relationship is a definite slow boil as both Bae and Da-rim spend most of their partnership playing each other to try and get the upper hand. Bae’s trouble, according to his editor, is a talent for action but a failure with narrative – hence the need for a writer. Da-rim, by contrast, has altogether too much imagination coupled with the kind of arrogance which masks insecurity. Having blagged her way into the job, Da-rim spends most of her time ensuring that she’s in a superior position to Bae so that he will have to do most of the work while she enjoys freshly made coffee ordered to distract him from the fact that she has no idea what she’s doing.

Despite coming up with a promising storyline about a sex obsessed female assassin, Da-rim’s naivety is palpable in her attempts to come up with a suitably “adult” atmosphere. Disney-esque scenarios of handsome princes and desert islands, even if spiced up (in the most innocent of ways), isn’t quite striking the tone for the kind of prize winning raunchy manga that the pair are aiming for. Pushed further, Da-rim’s extrapolations from “research” are so unrealistic as to set Bae’s alarm bells ringing but offered with such insistence as to have him momentarily doubt himself.

Kim makes good use of manhwa as a visual device allowing him to include slightly more erotic content than usual in a Korean romantic comedy in an entirely “safe” way. Refreshingly he keeps the usual plot devices to a minimum though there is the “sibling mistaken for lover”, “mistimed job offer,” and “aggressive rival” to contend with, even if the major barriers are entirely centred around the personalities of the protagonists who are each fairly self involved in their own particular ways. Despite making good use of the chemistry generated by previous collaborators Lee Sun-kyun and Choi Kang-hee, Petty Romance lives up to its name in providing enough low-key drama to keep rom-com fans happy but never quite moves beyond the confines of its genre.

Available to stream on Mubi (UK) until 15th March 2017 courtesy of Terracotta Distribution.