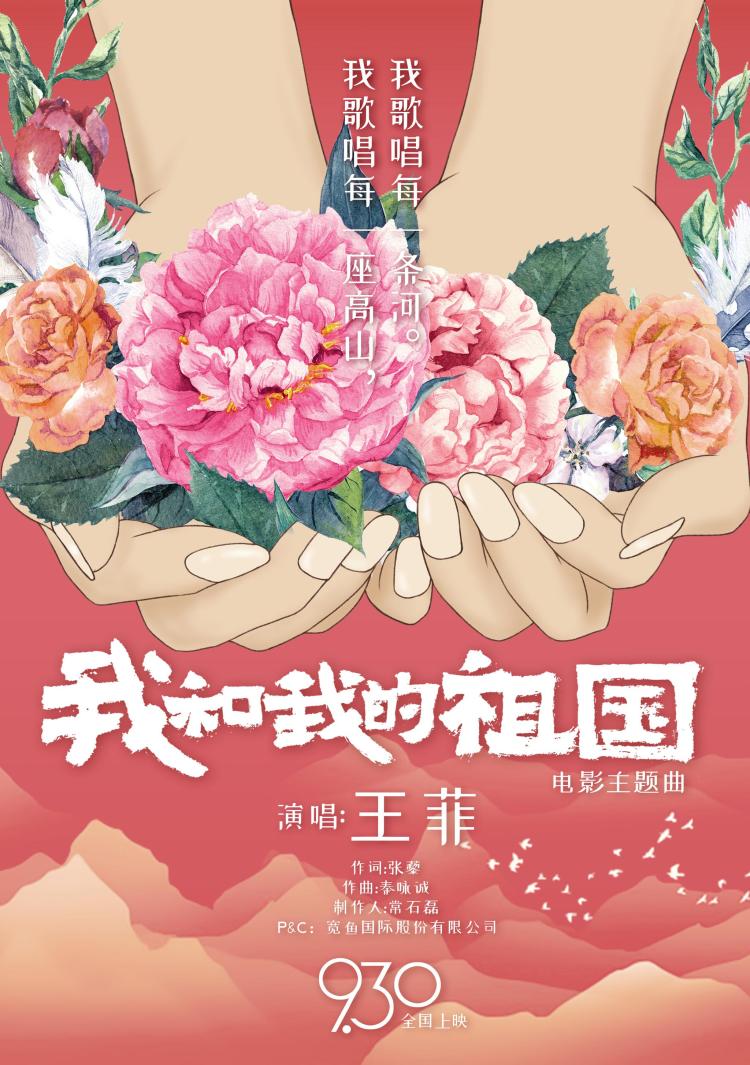 Oct. 1, 2019 marks the 70th anniversary of the People’s Republic of China. Supervised by Chen Kaige, My People, My Country (我和我的祖国, Wǒ hé Wǒ dě Zǔguó) presents seven short films by seven directors featuring several notable historical events from the past 70 years though not quite one for every decade (perhaps for obvious reasons). Though different in tone, what each of the segments has in common is the desire to root these national events in the personal as they were experienced by ordinary people rather than how the history books might have chosen to record them.

Told in roughly chronological order, the film opens with the founding of the Republic as comedian Huang Bo plays an eccentric engineer charged with ensuring the operation of an automatic flag pole doesn’t embarrass Chairman Mao at the big moment. In the context of the film as a whole which is fond of flags, this is rather odd because every other flag in the film is raised by hand usually by a soldier taking the responsibility extremely seriously. Yet the point is less the flag itself than the symbolic pulling together of the community to find a solution to a problem. Realising the metal on the stopper is too brittle, the engineers put out an appeal for more with seemingly the entire town turning up with everything from rusty spoons to grandma’s necklace and even a set of gold bars!

This same sense of personal sacrifice for the greater good works its way into almost all of the segments beginning with the story of China’s first atom bomb in the ‘60s for which a pure hearted engineer (Zhang Yi) first of all sacrifices his one true love and then the remainder of his life when he exposes himself to dangerous radiation all in the name of science, while in the film’s most charming episode a young boy is devastated to realise his crush is moving abroad and has to choose between chasing after her and fixing up a TV aerial so his village can see China beat the US at volleyball during the ’84 Olympics. Visions of flag waving glory eventually convince him where his duty lies, but his sacrifice is later rewarded twice over as he becomes a little local hero even if temporarily heartbroken in the way only a small boy can be.

Then again, some people are just a little self-centred like the hero (Ge You) of Ning Hao’s Welcome to Beijing who keeps trying to reconnect with his earnest teenage son only to end up connecting with a fatherless young boy during the 2008 Beijing Olympics. Chen Kaige’s sequence, meanwhile, is inspired by the story of two earthbound astronauts but similarly finds two roguish, orphaned young men connecting with a patient father figure who is able to bring them “home” by showing them a space miracle in the middle of the desert, and in the final and perhaps most directly propagandistic sequence, a tomboyish fighter pilot eventually overcomes her resentment at being relegated to a supporting role to rejoice in her colleagues’ success. Despite the overly militaristic jingoism of the parades with their obvious showcasing of China’s military power, Wen Muye’s “One for All” is in its own sense surprisingly progressive in its advancement of gender equality and mildly subversive LGBT positive themes were it not for a shoehorned in scene featuring a milquetoast “boyfriend”.

Sensitivity is not, however, very much in evidence in the sequence relating to the extremely topical issue of the Hong Kong handover. Out of touch at best, the constant references to the continuing reunification of the One China are likely to prove controversial though admittedly those they would most upset are unlikely to want to sit through a 2.5hr propaganda epic celebrating the achievements of Chinese communism. Nevertheless, it is a little galling to see the “return” to China so warmly embraced by the people of Hong Kong given current events in the city. This perhaps ill-judged sequence is the most overt piece of direct propaganda included in the otherwise unexpectedly subtle series which, despite the flag waving and eventual tank parade, tries to put the spotlight back on ordinary people living ordinary lives through the history of modern China. Of course, that necessarily also means that it leaves a lot out, deliberately refusing to engage with the less celebratory elements of China’s recent history, even as it closes with the fiercely patriotic song of the title performed by some of the ordinary heroes who have inspired its various tales of everyday heroism.